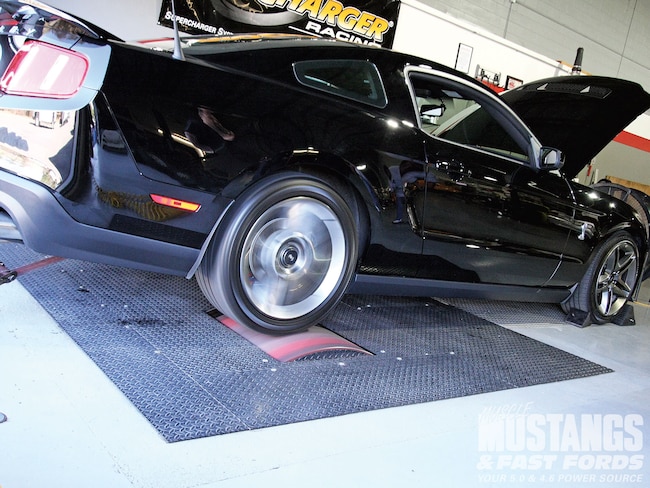 Factory-supplied horsepower has launched us into a new golden generation of hot rodding not seen since the '60s muscle-car era. In some respects, we are living through better times since OEM power is far greater than anything Detroit ever produced, and it's doing so with reduced emissions and outstanding mpg ratings. Some might argue that the muscle-car era did offer more variety, but the horsepower of today far exceeds that of yesteryear. The forthcoming '11 Mustang GT has a 5.0L producing 412 hp-a Shelby GT500 makes 500 rwhp off the showroom floor (or more), and let's not forget the wild offerings from Roush, Saleen, Shelby, SMS, and Steeda.

MM&FF tested a '10 Shelby GT500 in the Oct. '09 issue ("Shelby Shakedown"), and the results were outstanding. It cranked out 502 rwhp and 476 rwtq and ran mid-11s at about 120 mph on the dragstrip (using Mickey Thompson ET Street 26x11.5 tires). And don't think the latest Shelby GT500 is all brawn-the fit, finish, and refinement of interior and exterior appearances show Ford's commitment to producing an awesome modern muscle car. As great as the '10 Shelby GT500 is, there is always room for improvement.

This month, we sample the offerings directly from Ford's in-house aftermarket component company, Ford Racing Performance Parts (FRPP). It seems the factory hot-rod parts division has ramped up its efforts since the introduction of the S197 platform back in 2005.

Case in point, the 750hp Supercharger Upgrade Kit (PN M-6066-MSVT29PC) for the '10 Shelby GT500. We stopped by Downs Ford Motorsport (Toms River, New Jersey) to check out the addition of this kit to Shay Varone's brand-new Shelby. Based around a replacement blower from Whipple Superchargers, it boasts a displacement of 2.9L and is classified as a twin-screw-style supercharger.

Ricky Riccardi of Downs Ford Motorsport told us that the kit is more than just a blower upgrade. A dual-bore throttle body (PN M-9926-CJ) is included in the system. Opening up the restriction in front of a positive-displacement-style supercharger will yield large gains and 30 rwhp is not unrealistic. A 123mm MAF sensor is utilized so the 2.9L and dual-bore throttle body have ample air to suck in. More air is useless without additional fuel, and a new FRPP high-volume dual fuel pump assembly is part of the package. An FRPP handheld ECU calibrator modifies the tune and keeps the car 50-state legal.

"The kits are sold as a package. You receive a voucher that requires you to go online to register your kit. Once that happens, FRPP builds a tune and ships it the next day. We have sold and installed many of these kits and have not had one customer have a problem because FRPP builds it to be safe," said Riccardi. He did say that if a customer is adamant on getting a custom tune or has other mods that require a custom ECU recalibration, then Downs Ford Motorsport works with Dwayne Gutridge of Big Daddy Performance to handle those requests.

If there is one drawback to the 750hp kit, it's that installation voids the powertrain warranty, but the non-powertrain components are still covered.

"While we take the industry's best steps to ensure long life with our testing, we cannot warranty the car at that power level. With normal street driving, the likelihood of having an issue is slim," says Jesse Kershaw of FRPP. 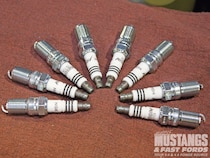 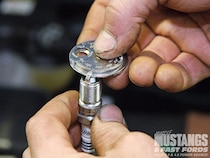 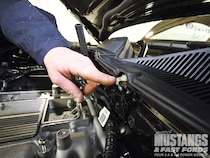 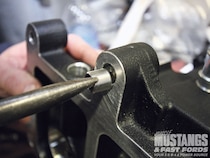 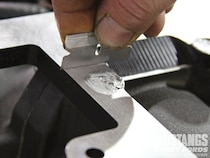 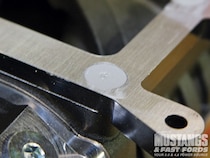 The positive side of the 750hp kit is that it is 50-state emissions compliant, which is amazing given its extreme output. The 50-state legality is only when the FRPP tune is utilized. Kershaw continues: "There are many cases of customers getting one of our kits and then immediately having the calibration re-done to find more power. Those calibrations, however, do not have the durability built in like the FRPP tune. It's common to see catalyst failure and exhaust valves take a tulip shape from the exhaust heat in those cases. In addition, custom tunes do not have emissions approval."

This kit was designed specifically for the '10 GT500. It can't be used for '07-'09 Shelby GT500s due to the calibration difference, as well as the inlet system. Ford Racing sells a specific '07-'09 Shelby GT500 supercharger upgrade system. Its boasts 605 hp (at the crank), and the factory warranty remains if it's installed by an authorized Ford Racing shop.

Kershaw noted that Whipple offers a tuner kit directly; it fits '07-'09 models as well. The system produces the same 675 rwhp that we witnessed from the FRPP kit we tested on the '10 GT500 model.

Shaun Lacko and Bob Cook of Downs Ford Motorsport handled the installation; we then made the short drive to Big Daddy Performance for chassis dyno testing. The installation was easy and straightforward, except for the rear bolt on the supercharger. Lacko had to make a custom tool to reach it. The custom tool was basically a straight metal bar with a wrench welded to the end of it. The makeshift tool allowed Lacko to reach the bolt and tighten it down. Other than that, it was a simple blower swap, drop-in fuel pump assembly, and ECU recalibration.

"There is a bit more left in the tune," said Dwayne Gutridge of Big Daddy Performance as he pointed at the air/fuel mixture. The FRPP tune showed a consistent 12.5:1 A/F ratio, and "the 4.6L and 5.4L modular engines, whether it be the Two-Valve, Four-Valve, or Three-Valve-any of them-like to run rich in the 11-11.5:1 range," says Gutridge.

Adding more fuel to our test GT500 would have netted more power-Gutridge wouldn't say how much, but we wouldn't be surprised to see 700 rwhp. Although, as Kershaw stated earlier, doing so would eliminate the emissions-legal status of the kit.