VMP Tuning pumps up a RoadRunner with its TVS kit

Holding an elite spot between the Mustang GT and the Shelby GT500 is the vaunted Boss 302. Built as a sinewy, naturally aspirated corner carver, the Boss is better in every way than the GT, and came close to challenging the GT500 before the arrival of the world-beating '13 model. All told, the Boss is a lust-worthy auto in stock form.

For some of us, even a lofty Boss 302 isn't enough. In that case, wouldn't more power be the cure for that craving? To satisfy that need, VMP Tuning has put together its own supercharger kit designed specifically for the '12-'13 Boss 302s.

With a JLT cold-air intake and Justin’s tuning attention, the VMP Boss put down 406 at the wheels in naturally aspirated form.

"The Boss is the pinnacle of 5.0-liter performance, so it makes sense to start with the best. It has forged pistons, better rods, and CNC-ported heads," VMP's Justin Starkey explained. "While we don't know how much stronger these parts are than a regular 5.0, it makes you feel a lot more comfortable while making a dyno pull at 18 psi."

Based on the popular and proven, 2.3-liter Twin Vortices Series supercharger from Eaton, the VMP kit is rounded out with its own supercharger tweaks—a vastly improved inlet, and smaller, swappable pulleys—and all the related gear to install, intercool, and fuel the boosted engine.

If you are new to scene, VMP has made a name for itself refining and tuning TVS superchargers for Shelby GT500s and Coyotes. Main man Justin Starkey pushed his '07 GT500 to over 800 rear-wheel horsepower with a TVS, and his wife, Rebecca, put her '11 GT deep into the 9-second zone. Suffice it to say, it's an effective unit.

"We have been building the VMP TVS upgrade for '07-'12 GT500s for over two years now. The VMP TVS for the 5.0 has everything we learned, which includes a larger CNC'd inlet on the blower, a high-flow inlet elbow, and a nose drive turned down to accept smaller pulleys," Justin said. "Ford's not stupid—they definitely learn from the aftermarket, and the factory '13 GT500 TVS does incorporate some of these improvements as well, but lacks the interchangeable pulley system or ability to support a really large TB such as a dual 72mm."

That said—and with a '12 Boss 302 in the driveway—Justin put his mind to creating the aforementioned kit. We made the trip over to VMP headquarters in Deltona, Florida, to see the blower go on and what the boosted Boss put down on the Dynojet. To see the car on the rollers, check out our YouTube channel. To see the steps to install the blower, pay close attention to these pages.

Here is the VMP Tuning ’12 Boss 302 rocking the rollers on the company’s in-house Dynojet. To hear what this sounds like, be sure to visit our YouTube channel to see the car in action.

When we agreed to follow this Boss TVS project along, we suspected the blown RoadRunner would give its Trinity cousin a run for its money. We had no idea that it would supercede even a bolt-on '13 GT500. Such is the case when clever aftermarket folks like Justin Starkey of VMP Tuning focus on a new platform.

The results of adding a VMP TVS kit are obviously impressive, but Justin didn't start with a weak naturally aspirated combo. Quite the contrary, as his Boss already wore a JLT Performance cold air intake and its processor was flashed with a VMP Tuning custom tune resulting in over 400 at the wheels.

Moving to the VMP TVS kit with a stock throttle body and the largest (82mm) blower pulley and a compatible JLT created a healthy 225.35hp gain on pump gas from 10.58 peak psi. Turning up the tuning wick, which was made possible by adding Shell's vaunted URT Advanced unleaded fuel, was the next move. Freed from the fear of detonation Justin was able to add another 57.35 hp to the bottom line.

At this point the TVS-boosted Boss had just surpassed Rebecca Starkey's '13 Shelby GT500 set up with a 2.4-inch pulley, an FRPP twin 65mm throttle body, Lethal Performance midpipe, and a JLT CAI. The GT500 was just a tick behind in the horsepower category, albeit peaking at a much lower rpm, and its 5.8 was clearly the torque champ at this level with over 700 lb-ft at 4,000 rpm. Adding Shell URT Advanced and a more aggressive tune to the GT500 put it back in the lead with 711.50 rwhp and 723.46 lb-ft.

However, when Justin started to increase efficiency using the same FRPP throttle body, the tables turned in the favor of the RoadRunner. It belted out 788.82 and 677.54 lb-ft of torque, which was 98.84 hp and 86.97 lb-ft of torque more than the stock throttle body and manifolds.

The last phase was to install with a full Dynatech exhaust and VMP Superchargers' eight-rib conversion for the supercharger drive to increase belt traction and stabilize the boost output at higher rpm. Along with adding the eight-rib kit, Justin moved the blower pulley diameter down to 66mm. Adding more slip-free boost was definitely successful, as this combo's power swelled to a massive 813.08 rwhp and 717.40 lb-ft of torque.

Just as we went to press, Justin tried a CNC-ported lower intake to see how it would better this combo. It was good for another 20 horsepower. Better yet, that's not the end. Justin is still working on a shorter eight-rib belt to allow for an even smaller blower pulley and more boost. 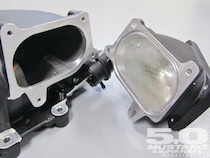 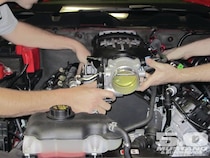 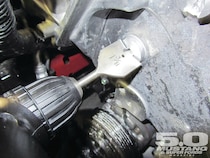 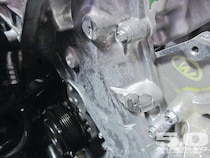 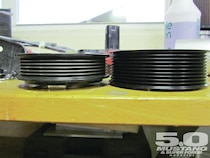 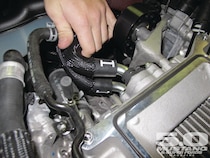 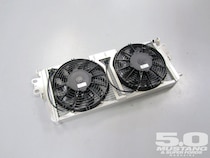 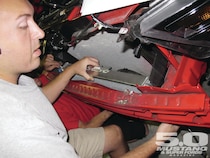 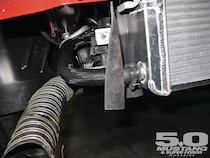 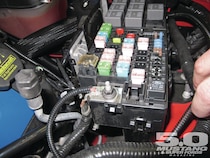 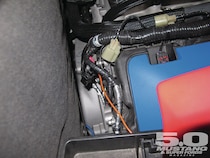 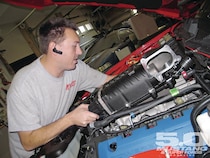 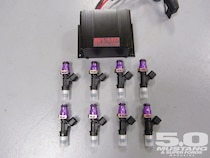 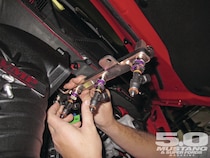 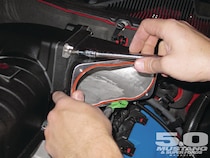 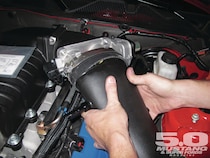 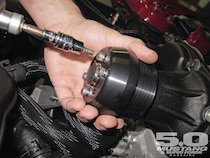 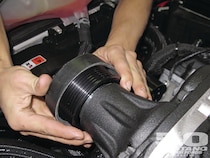 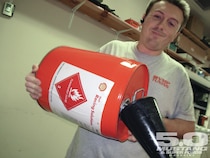 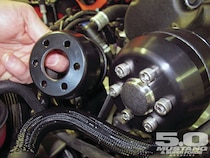 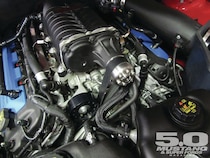 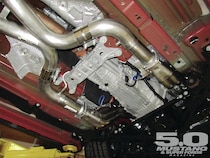 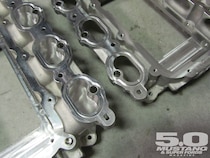 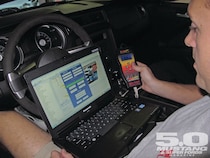 Here’s the finished install, and the TVS looks like it was born there. Sure, some Boss Melvins might be left scratching their heads, but once you tell them how much power it makes, they will understand. 5.0