After my Coyote-powered '94 Cobra went down the road, I picked up a '01 Bullitt to replace it. Going from the rev-happy Four-Valve 5.0 Coyote to a pedestrian Two-Valve 4.6 is like going from dating Marisa Miller to looking for a mail-order bride. Sure, it's still a woman (you hope), but in both instances it's a huge downgrade.

The Bullitt has a plethora of Maximum Motorsports suspension upgrades, way more than my Cobra, but with roughly 150-less rwhp, I’m not setting the world on fire at every stoplight like I was in my Cobra. Instead of hunting down every other car to defeat, the Bullitt is so slow I have been relegated to driving like a responsible member of society. In its stock form, the Bullitt’s not even worth hammering on. Lame!

To start the modifications on the right path, I decided a JLT Performance cold air intake was just what the doctor ordered. Specifically, JLT’s True Ram Air Intake is what JLT’s Jay Tucker recommended, and who was I to argue? But here’s the special part. Jay had a prior commitment in Tampa, Florida, home of 5.0&SF headquarters, and he agreed to install the intake in person. How many Mustang owners can say Jay personally installed their Mustang’s JLT cold air intake? I would venture to say, not many. I’d hoped with Jay installing the intake, my Bullitt would pick-up 150 horsepower, but I had to quickly return to earth and get back to keepin’ it real.

Turns out, keepin’ it real isn’t so bad, at least, not in this instance. Follow the captions to see how I made out. 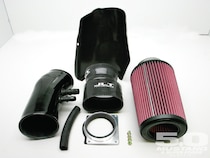 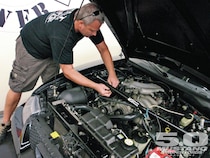 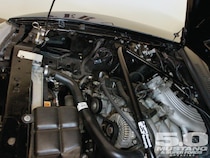 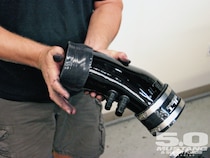 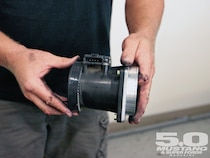 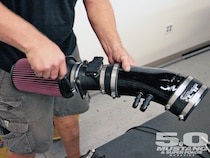 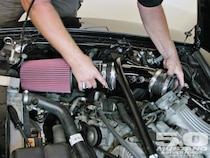 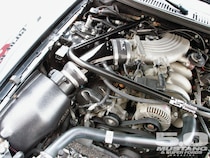 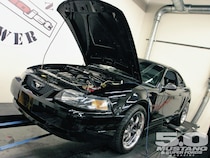