Coyote power from your 3.7 V-6, Hellion has the ticket

It’s easy to get swept up in the majesty of modern V-8 Mustang performance. Our magazine was born of V-8s, and we still spend most of our efforts regaling in the splendor of eight- cylinder muscle. Modern Mustangs are great, and their performance potential is seemingly limitless. However, if you plan to daily drive your Mustang and your funds aren’t unlimited, you might be drawn to the 3.7-liter V-6.

Today’s six-cylinder Mustang puts down the same 305 hp as Cobras of yesteryear. But unlike those Cobras, it’s cheaper to insure and fuel than its V-8 big brothers. Yet, if you are reading this magazine, we know that you just wouldn’t be willing to leave your Mustang stock, even though it is a six-cylinder.

If it’s more power that you crave, we’ve seen that turbos are certainly a safe bet. Turbos are always a shoe-in to make huge power and show up big on the race track, but one man that’s smoothly transitioned turbos from the racetrack to the street is Hellion Power Systems main man John Urist.

John quickly moved from nitrous to turbos at the races, and eventually decided to build his first street turbo kit for Fox Mustangs. These days, rules have John racing superchargers, but he continues to pursue street turbochargers for all manner of Mustangs. His goal was to create bolt-on kits that could be mass produced and kept in inventory for quick shipment. These days he has that going for most V-8 Mustangs. Looking to expand the Hellion line, he decided to take the existing single-turbo kit for the 5.0 and redesign it for the 3.7-liter V-6.

“We decided to build a V-6 kit to take advantage of the amazing performance from the late-model Mustang engine,” John explained. “Demand has been high for a V-6 system, so we brought this one to market.”

To get the skinny on this new kit, we made the trip out to Albuquerque, New Mexico, to see the kit, experience it on the street, and test it on the chassis dyno. The results should make anyone with a stock Coyote take notice. Check out the captions to see how this kit makes the 3.7-liter V-6 howl.

Horse Sense: While the Hellion turbo kit lifts the 3.7-liter V-6’s output higher than a stock Coyote, the 3.7 owes the 5.0 a bit of thanks. That’s because much of the basic 3.7 kit is the same as the Hellion single kit for the 5.0.

On The Dyno
Before we headed to The Dyno Edge, John had loaded a Blow-By Racing (www.blowbyracing.com) tune into the PCM. It's critical that you immediately install the provided tune or take your car in for custom tuning. You don't want to get into the boost with the stock tune or damage can occur.

Once we arrived at the dyno, John spent some time dialing in the boost but stayed with the original BBR tune. Though we tried to be a bad influence and get John to turn the boost up to 10 psi, he was happy sticking with just under 8 psi to ensure longevity, as the owner of this test car, Haven Hensley, uses it as a true commuter, putting over 120 miles a day on the odometer.

On the street, the six still felt like a six down low, but the power swelled as the tach twisted to the right. It simply felt like a Mustang should. As you can see, it’s still hard to beat a V-8 for torque, but for power, the turbo sixer runs well. Better yet, it will retain its good fuel mileage if you keep your foot out of it, and it’s far cheaper to insure a base Mustang. Seems like the proverbial win-win, and if you want to go farther that’s possible too.

“With a built engine, the turbo can be maximized to over 700 hp,” John added. “This will be faster than most cars on the road, and keep the economy of the V-6.” 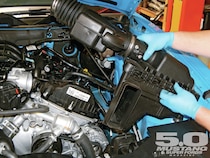 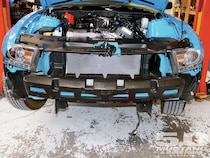 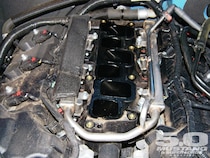 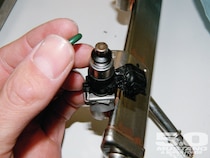 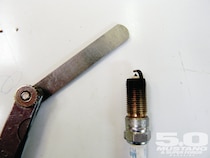 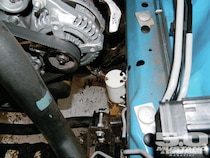 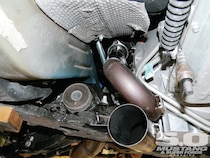 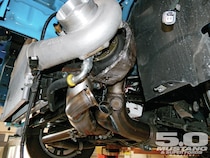 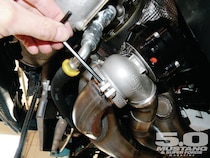 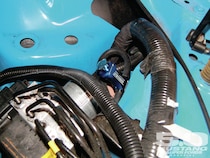 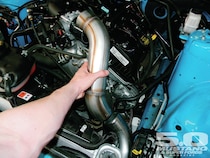 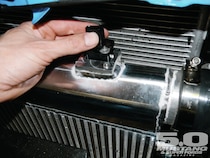 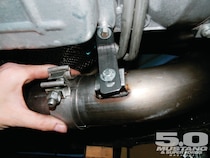 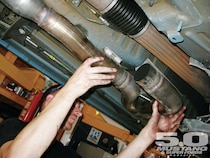 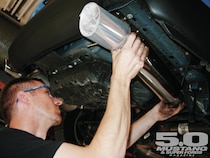 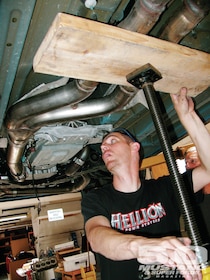 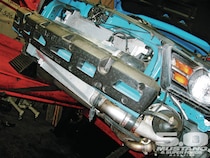 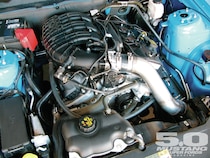 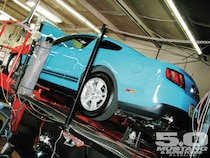 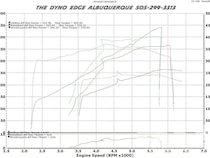