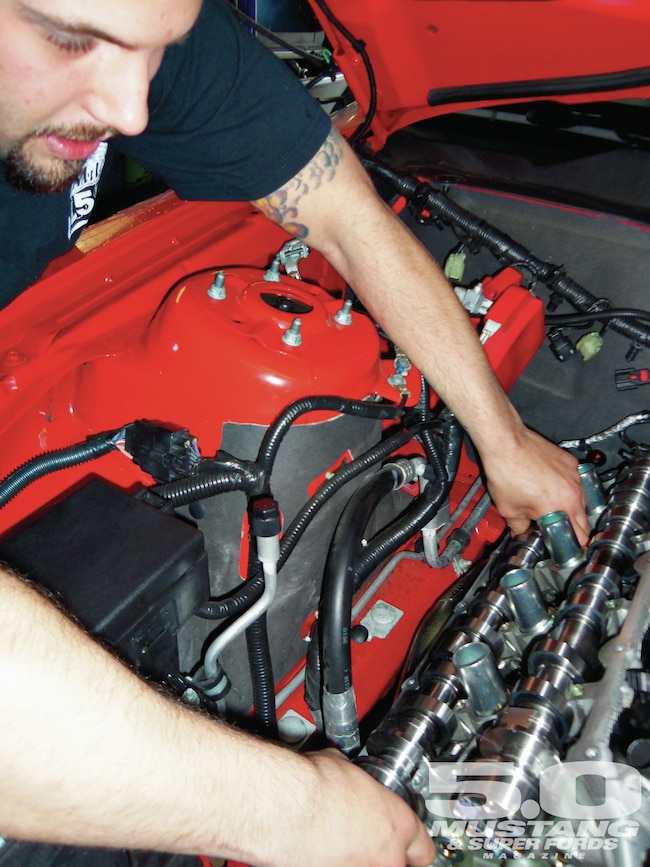 This type of evaluation certainly isn't new at this point. However, it's cool to see how the various parts affect what arguably is Ford's hottest powerplant to date--independently and as a combination, without using power adders.

For this test, we're including a bolt-in upgrade from Comp Cams that really is a wild card of sorts when it comes to Coyote performance. Our findings will be the first published results of a Pony dyno-tested with the new Stage 3 bumpsticks. There's no doubt, we're privileged to work with these new pieces.

Evolution Performance of Aston, Pennsylvania, has been a longtime ally in our work with 5.0 Mustangs and its newly introduced upgrade pieces. As such, we once again turned to Nelson Whitlock, Fred Cook, and Chuck Wrzesniewski for assistance with this landmark test. As usual, our effort emphasizes rear-wheel performance data (recorded on Evo's Mustang Dyno chassis dyno) versus elaborating on actual installation of the basic pieces.

There are a lot of photos and captions highlighting the parts we installed on Chuck's stock-as-a-rock '12 'Stang. After taking in the basics, we urge you to pay close attention to the details on Comp's Stage 3s--especially our performance findings--as they prove that going beyond the basics can push naturally aspirated '11-'13 Mustang GTs into uncharted horsepower territory.

We were fortunate to have the engine expertise of Mike Rauscher of L&M Engines and the tuning prowess of Jon Lund at our disposal for this project. The two brought a wealth of experience and knowledge to this installation and test, and we sincerely appreciate their assistance with the camshaft installation and tuning the overall package.

Horse Sense: The project featured in this report is the first of three tech conquests made by tech editor KJ Jones during a two-week, 1,200-mile junket through our nation's Mid-Atlantic states. Be sure to stay tuned to future issues for stories from KJ's marathon, which feature power and chassis enhancements for '11-'13 Mustangs. 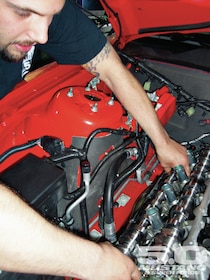 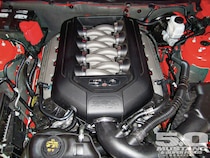 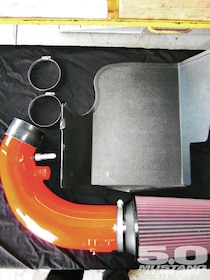 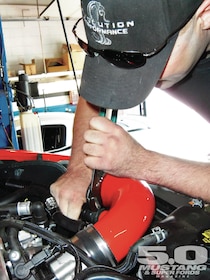 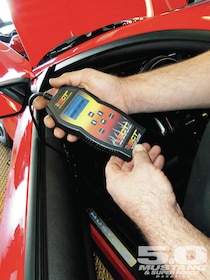 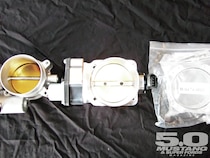 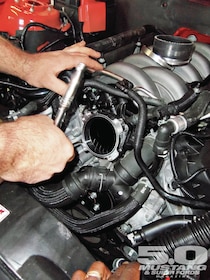 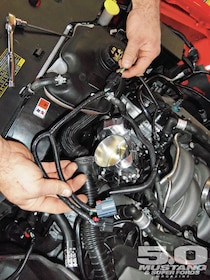 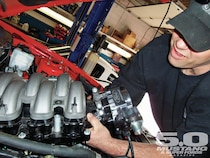 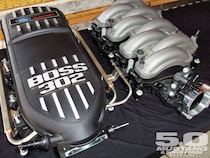 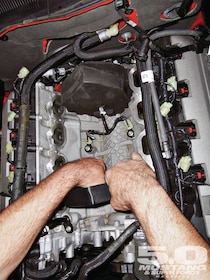 We were all cautiously optimistic going into the final two dyno segments of this effort (long-tube exhaust and Comp Stage 3 camshafts), as horsepower/torque seemed to sputter a bit after JLT's cold-air system added 21 extra ponies at the feet of Chuck Wrzesniewski's '12 Mustang GT.

As is common practice for bolt-on thrashes like this, the Pony was tested on Evolution's Mustang Dyno unit after each piece was installed. However, instead of doing any custom calibrating, Lund Racing's "canned" programs were loaded with each bolt-on (Jon Lund offers email programs that support all of the basic stock-5.0 upgrades) until it was time to run the 'Stang with its new camshafts. Interestingly, though, there were no tuning changes made after the Dynatech headers and X-shaped intermediate pipe were added. "It's not necessary when calibration changes are made to support induction upgrades," Jon says. "After headers are installed, the PCM is able to calculate the air change and make whatever fuel and timing changes are necessary."

Tuning changes definitely are necessary with the Comp Cams. However, our changes didn't go too far beyond the calibration established with our initially installed parts. The Stage 3 cams definitely richened the air/fuel mixture at throttle tip-in on each run. To correct this, Jon reduced fuel, but he also raised timing (from 24 degrees advance to 26 degrees), as he noted that the air/fuel ratio at the top of the rpm range--approximately 7,750 rpm--was safe enough to support the increase.

As you see in the dyno chart and graphs, the Comp cams promoted a huge positive swing in both horsepower and torque, and our collective bolt-on group brought more than 100 hp to the feet of Chuck's Mustang. As these things go, that's an impressive step up for a naturally aspirated Pony, and it definitely sets a 'Stang on the right path for monster power and torque if/when a blower or turbocharger are added.

Here's a close-up of the revamped serpentine accessory-belt setup, which features a heavy-duty belt tensioner and idler pulley. The addition of a tensioner puts all accessories under the direction of a single longer belt and eliminates the independent short belt for the A/C compressor, which is near impossible to reinstall--unless you're the Incredible Hulk.