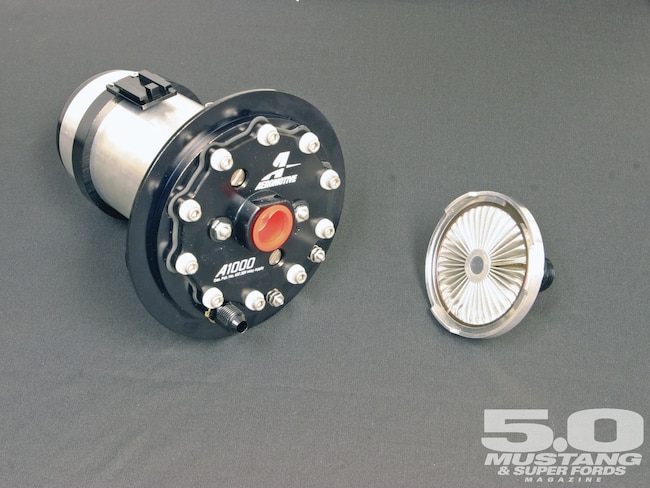 Making a ton of power with your Mustang is contingent on several factors. Does it have the rotating assembly capable of surviving? Can the engine's cam profile or cylinder-head design support enough airflow? Will the transmission or rearend withstand the results? And, of course, will the fuel system feed such power?

For this exercise, we cover one way to make sure your fuel system is more than capable of supporting big power--Blow-By Racing's Jackal fuel system for high-powered '11-'13 Mustangs, a return-style system that lives in the stock tank.

At the heart of the system is BBR's billet-aluminum Jackal fuel hat, which houses the familiar Aeromotive A1000 fuel pump. According to Aeromotive, the A1000 is good for 1,200 hp in a forced-induction EFI setting.

If you need more, Blow-By can substitute Aeromotive's Eliminator fuel pump, which is said to support 1,400 horses. In most instances, that's more than enough. It's clear Blow-By Racing wants its Jackal system to offer a one-time solution.

Since you'll need more than just a pump and fuel hat to supply your high-horsepower engine, Blow-By includes everything else you'll need as well: Aeromotive fuel rails, regulator, and fuel filters; and all the necessary fittings, hose ends, Y-block, and appropriate fuel lines.

BBR's main man Chris Jones uses the Jackal fuel system in his '11 Mustang GT, which was a participant in the 2011 King of the Street competition. Not only does Chris drive the car quite often, it also made 952 hp on Holley's Dynojet as part of KOTS. We can report the fuel system did its job quite well, with quiet seamless operation.

Horse Sense: Blow-By Racing also has a Jackal fuel system available for '05-'10 Mustangs. This system also uses a single pump or twin pumps, but in an in-line fashion, not in the tank. Since the pumps are mounted inline, Blow-By Racing says you can build a fuel system capable of supporting up to 1,500 horsepower. 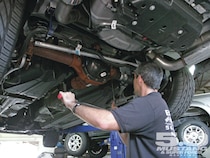 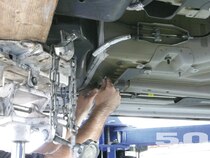 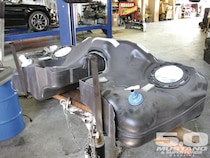 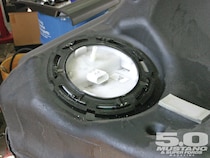 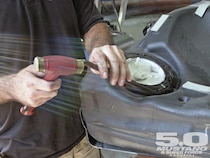 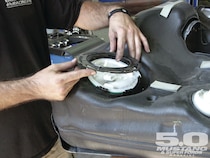 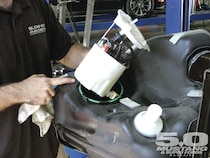 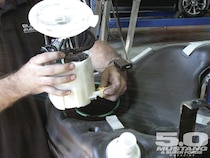 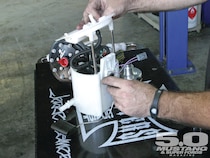 Our test car is the perfect candidate for Blow-By Racing's Jackal fuel system. The car is an '11 GT with a Blow-By Racing-built short-block featuring a stock crank, Manley rods, Manley pistons, and a boost-friendly 9:1 compression ratio. The engine features stock heads and intake. For power, the car has a Hellion Power Systems single-turbo kit with a Precision 67mm turbocharger and 80-lb/hr injectors. Essentially, this test car features a built engine with a Hellion single-turbo kit, but even so, Blow-By's Jackal fuel system is necessary since the stock fuel system peters out around 650 hp, but with a turbo car, the power comes on so violently, that number is actually lower. The way a turbo car's power comes on makes a fuel system that much more valuable and necessary. As you can see by the dyno numbers, this car makes excellent use of the Jackal fuel system, having made 687 hp and 789 lb-ft of torque at 14 pounds of boost, and on pump gas.