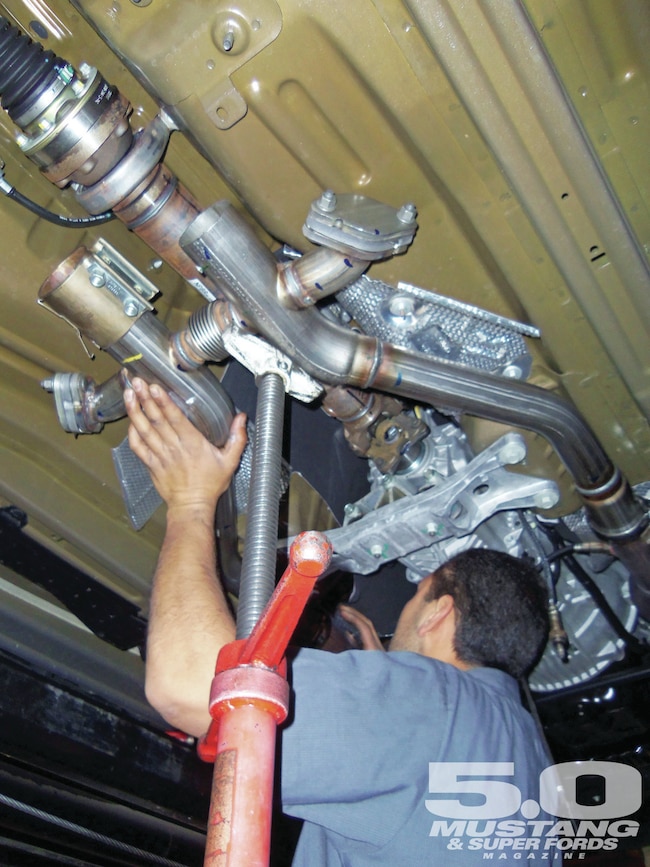 We've certainly had our hands full staying abreast of upgrade hotness. And, of course, with Coyote-powered Ponies being all the rage, the lion's share of new bolt-ons being produced these days is dedicated to '11-'13 Mustang GTs. While most of the components we've studied thus far have been legitimate performance enhancers, occasionally we hear about bits that are more superficially appealing.

Ford Racing Performance Parts recently hipped us to its new exhaust setup for '11-up Mustang GTs, a bolt-on replica of the side-exit tubes that are factory installed on Boss 302s, and we found the concept cool enough for us to put one on. The stainless-steel exhaust (PN M-5220-MB; $795) joins FRPP's other Boss pieces, which are making their way onto standard GTs. The Boss 302 upgrades bring back fond memories of the days when cloning specialty Mustangs (such as '93 Cobras) was popular.

While we're not out to fool anyone with this effort, we have to say right now that the new Boss 302 exhaust adds a distinct and unique rumble to a Coyote's exhaust note, especially once the attenuation disc/restrictor plates are removed.

Here we cover the exhaust exchange performed by Ricardo Topete and Eddie Zapata of GTR High Performance. While this exercise certainly can be performed by do-it-yourself-minded (and capable) enthusiasts, we suggest putting the job in the hands of professional installers, as shops typically are better equipped for below-chassis efforts.

Horse Sense: As '13 Mustangs hit the lots, we really have to be thankful that even when times were tight--only a few short years ago, as a matter of fact--aftermarket manufacturers like the folks at Ford Racing Performance Parts pushed forward with a bevy of cool bolt-on upgrades for Coyote-powered 'Stangs.

Baseline and dyno runs for this effort were performed largely for grins and curiosity satisfaction. However, when it was all said and done, GTR's Dynojet presented data that confirms adding Ford Racing Performance Parts' Boss 302 side-exhaust and mufflers actually does increase rear-wheel horsepower and torque on a bone-stock Mustang GT.

As you can see in the accompanying graph and chart, this is not a bolt-on that increases performance by leaps and bounds. However, when it comes to sound differences, the system (with accentuation discs removed) definitely will set apart the '11-up GTs that it's installed on. 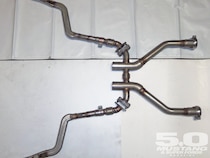 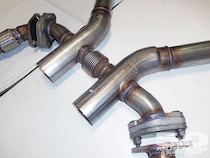 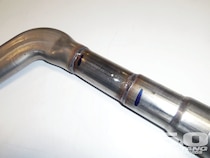 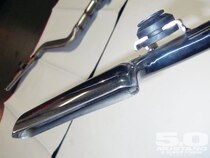 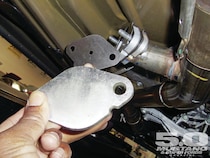 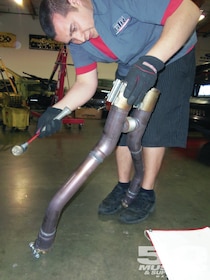 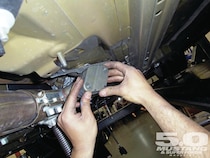 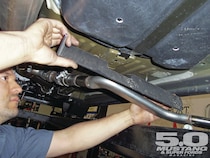