Bolt-ons and a remote tune 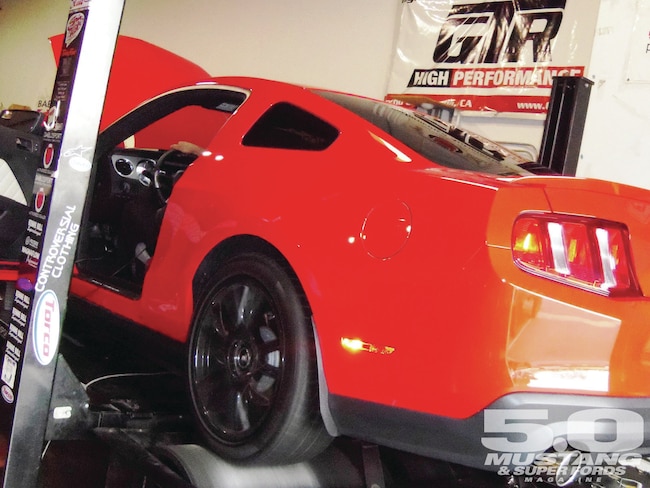 While we know that taking cost out of any high-performance equation is impossible, we ask that you indulge us for a moment and think about how simple it is to make big steam with '11-'13 Mustang GTs. Seriously, with the new Ponies being just-plain badass from the get-go, the simplest route to radically improving rear-wheel power and torque is by spending about seven grand and bolting on any one of the popular supercharger or turbocharger systems that are designed for Coyote-powered 'Stangs.

We admit that at this point in the Coyote game, power adders are tough to beat. On the other hand, chasing performance the natural way is one aspect of 'Stangbanging that we really dig.

Don't get us wrong--coaxing wicked, all-motor performance from a 'Stang's Coyote powerplant certainly can be an expensive proposition in its own right, as custom camshafts, ported cylinder heads, and higher-compression short-blocks all carry handsome price tags. You can bet we'll eventually venture down the natural path to big 5.0 power. However, with affordable performance having the most appeal these days, our attention is focused on pulling the best out of the new 5.0 engines with naturally aspirated parts. And when it comes to making any internal-combustion powerplant perform better, enhancing/improving airflow is step one in the formula for achieving a positive change.

As seriously heavy breathers, the new 5.0 engines really thrive under the influence of a large volume and smooth flow of intake air, as well as improved exhaust flow. Based on data culled in past reports, it can be said Coyotes actually do well with the factory hardware (airbox, throttle body/intake manifold and exhaust manifolds). However, there also are some restricitons in the OEM components, and that's where the aftermarket pieces come into play.

Working with Ricardo Topete at GTR High Performance in Rancho Cucamonga, California, is becoming a routine practice for projects like this. Not only are Ricardo and his team well-versed in Ponies of all ages, they also are skilled installers. Ricardo's close association (for SCT calibrating) with Chris Jones of Blow-By Racing in Boca Raton, Florida, also brings a cool aspect to such efforts, as they become coast-to-coast endeavors in our pursuit of learning new things about Mustang performance.

Horse Sense: The hits just keep on coming with this new 5.0 Mustang, don't they? We're definitely big fans of the new Pony, but our passion for its forefathers will always be strong. For the 2012 version of our annual special issue, we're once again spotlighting the latest 'Stangs. However, if you also dig the cars that kicked off the S197 movement, be sure to catch 2005-2013 Mustang Performance on newsstands. It's goes on sale June 19, 2012, and like the other special reports we've published, it's definitely a must-have for your Mustang-mag collection. 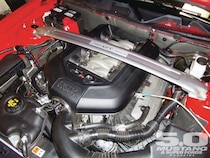 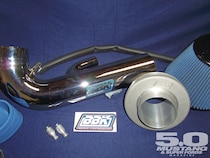 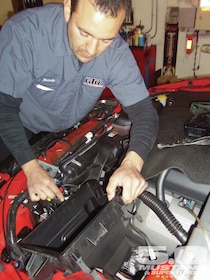 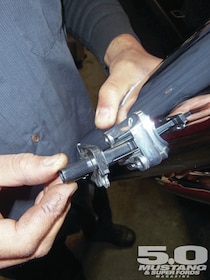 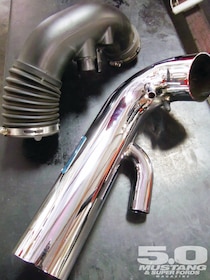 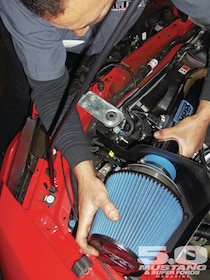 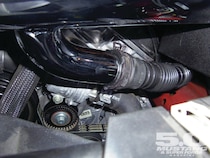 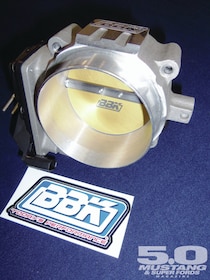 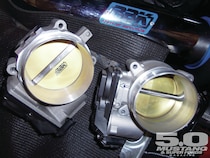 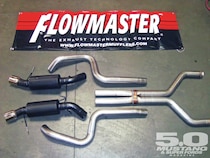 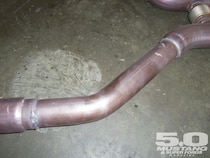 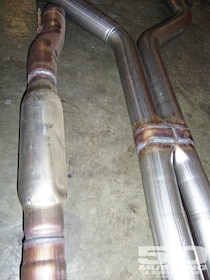 Of course, the chassis dyno is always the final proving ground for the performance evaluations we bring you. Philip Zotti's spankin'-new '12 GT (5.0/six-speed manual) is our lab subject this month, and the bone-stock Pony actually did well in its initial run on the rollers. (The 'Stang's 382 rwhp is among the highest rear-wheel baseline marks we've seen in similar Coyote-based tests performed on GTR High Performance's Dynojet.)

As we expected, we saw modest gains with each individual piece. However, as a whole--and with a custom 91-octane PCM calibration from Chris Jones of Blow-By Racing--our selected components really shine on Phil's stock Pony, surging it into the all-hallowed 400hp zone without a whiff of artificial air.