Having the right headers and exhaust can increase your car's power 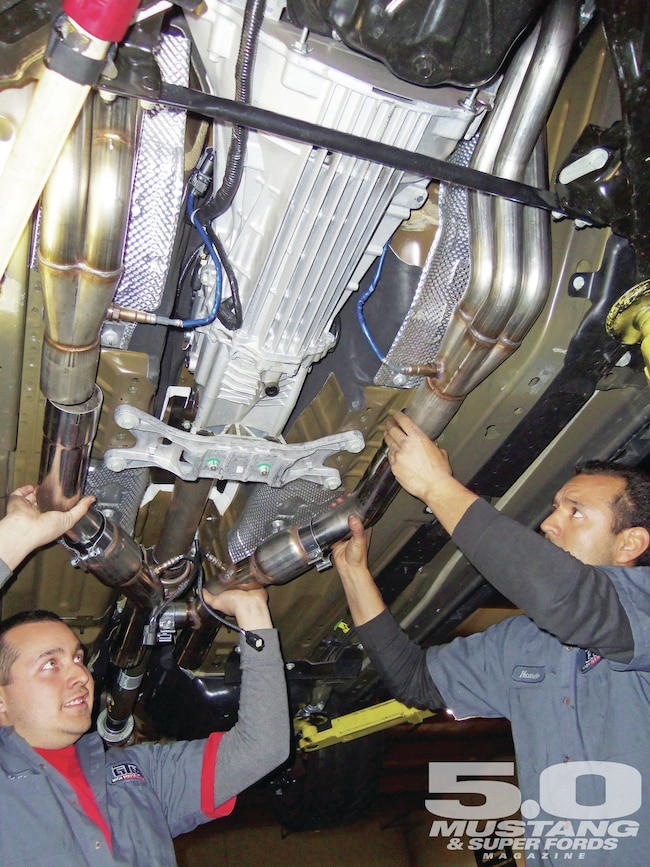 Our extensive study of '11-'12 Mustang GTs has taught us a great deal about the Coyote engine's preferences, when it comes to making performance-oriented changes. We've learned that Coyotes are heavy-breathers, and the engines thrive on intake-air improvements such as adding aftermarket induction upgrades and variable-cam-timing tweaks.

Recent 5.0-themed projects also have confirmed there are benefits in making similar adjustments on the exhaust side. Tests show that modest-to-monster power and torque increases have come from installing various exhaust bits on 'Stangs with bolt-ons or power adders.

Kurt Schutt owns an '11 Mustang GT that falls directly in line with the type of Pony we were looking for when MBRP Performance Exhaust presented us with an opportunity to test its new long-tube-header system for V-8-powered GTs. Kurt's steed is all-motor-for now-and despite having several nice appearance treatments and a cold-air-intake system, the car is otherwise stock.

The twin-post hoist, tools, Dynojet chassis dyno, and talents of GTR High Performance were called on for assistance with getting this project done. And, as a cool change from the "norm" in PCM calibrating, the all-important tuning for this effort was handled over the Internet by Chris Jones of Blow By Racing in Boca Raton, Florida.

For details on how it was done, and of course, how MBRP's 5.0 exhaust performs, read on. 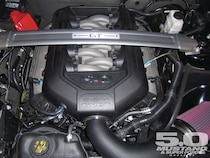 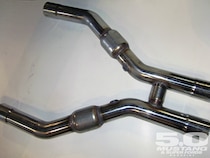 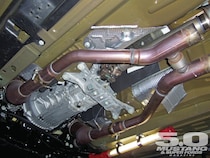 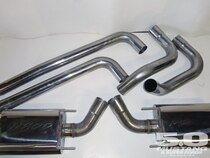 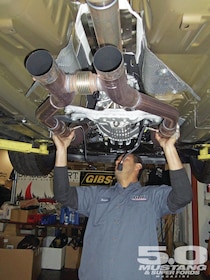 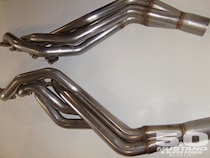 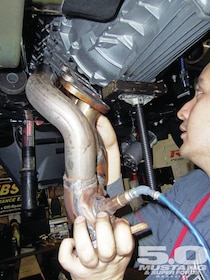 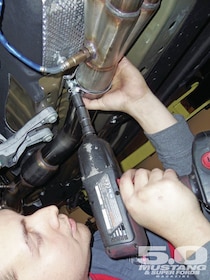 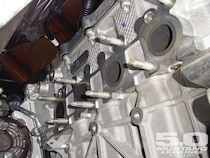 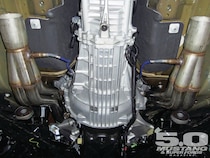 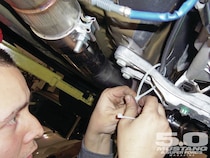 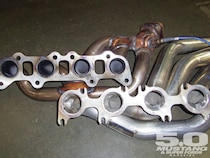 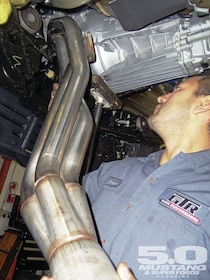 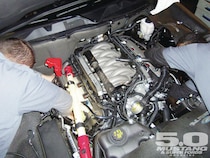 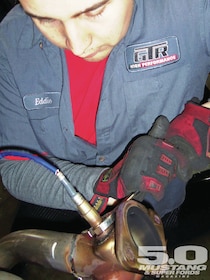 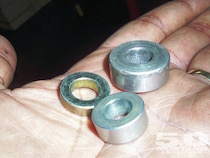 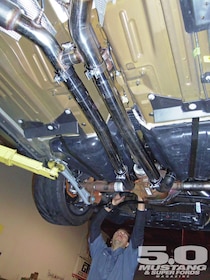 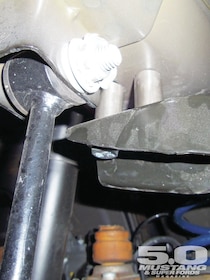 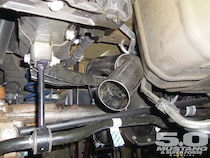 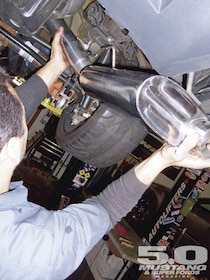 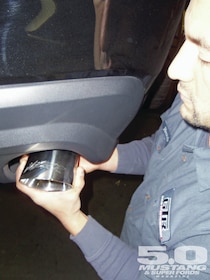 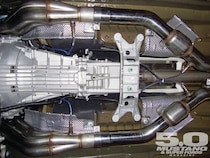 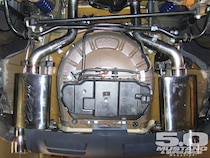 Thanks to a previously installed JLT cold-air system, Kurt Schutt's '11 Mustang GT stomped down an impressive 395 horses at the feet during the baseline-dyno portion of our exercise. That's par for the course among Coyote 'Stangs that have this mod.

With the 400-horse plateau in sight and MBRP's long-tube headers and complete exhaust system installed on the GT, the car was once again loaded on the Dynojet chassis dyno at GTR High Performance, so we could determine how much power and torque a freer exhaust will manifest.

As you see in the data from the "after" run, horsepower and torque show nice increases, as power is solidly into the 400s and the long-tubes yielded enough additional grunt to definitely get your attention. (Before you California readers get excited, none of the pieces we installed are CARB-approved/California-legal.)