If you're at a crossroads in modifying your Boss 302, QTP's electric cutout set is a great, low-buck package that gives the top-line 'Stangs an aural distinction 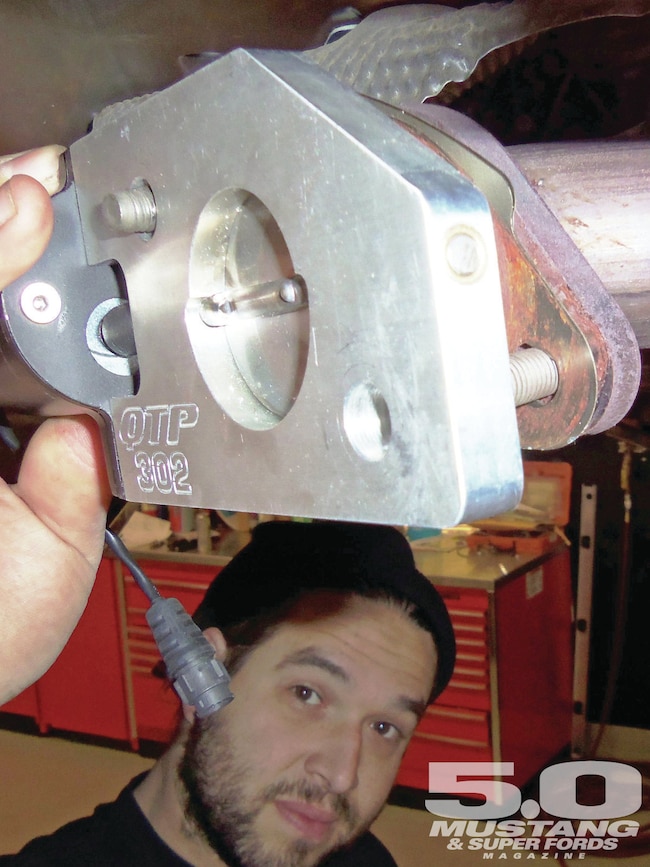 Anyone paying attention to the new-car scene knows full well that '11-'12 Boss 302 Mustangs are badass. Seriously, we've spent enough time in and around them to know that even in stock trim, Bosses definitely sit at the top of the naturally aspirated Mustang ladder.

Until the new Shelbys are ready for us to flog, we're perfectly content with finding new ways to upgrade Boss 302 Mustangs to make them even badder. Credit Editor Turner for getting the intelligence on the Boss upgrade we're featuring in this month's Tech Inspection; a slick set of bolt-in, electric exhaust cutouts from Quick Time Performance, which were unveiled at the 2011 SEMA show in Las Vegas.

QTP's Boss Electric Cutout System (PN QTEC302; $350) was created for maximizing Boss 'Stangs' unique quad-exhaust system. When closed, the electrically operated cutouts allow a subtle exhaust rumble to exit through the rear mufflers. However, with a push of a buttom, the cutouts' butterfly plates can be partially or fully opened (think open headers), sending the sound of Boss horsepower roaring out of sidepipes and rear mufflers.

If you're at a crossroads in modifying your Boss 302, QTP's electric cutout set is a great, low-buck package that gives the top-line 'Stangs an aural distinction. Of course, major power gain is not part of the equation with these pieces. But if you're in the market for more authoritative rumble from the pipes, the cutouts are a trick option.

Paul Danett is a Boss owner who was sitting on that modify-or-keep-it-stock fence when we met him at Auto Club Dragway in Fontana, California. While we were pleased to see Paul making hit after hit on the quarter-mile, there's no doubt we were somewhat dismayed by his intial refusal to make changes.

Not every Boss 302 owner is willing to mod this rare stallion. However, Paul did his homework on the QTP Boss Electric Cutout system, and upon learning that the setup is a completely bolt-on deal that doesn't require any permanent modifications, he gave us a green light for installing the kit on his Pony.

Grant Peterson, super technician at 5.0&SF's El Segundo, California Vehicle Studio, deftly handled the install using handtools and a little creative thought (for routing wires and "hiding" the control module for the cutouts' optional wireless activator). To hear how they sound, check out the video clip on our website. 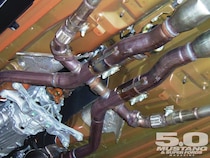 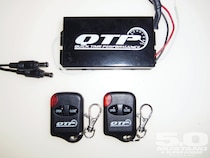 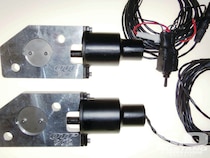 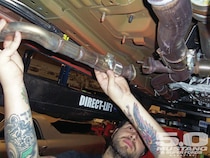 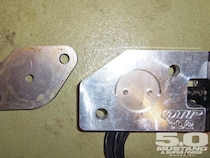 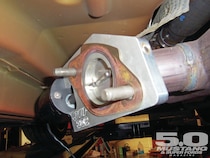 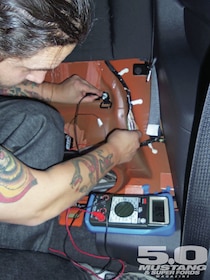 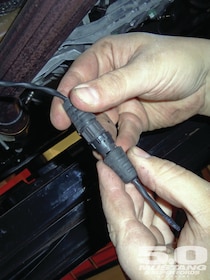 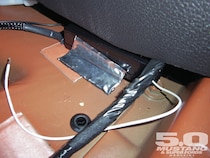