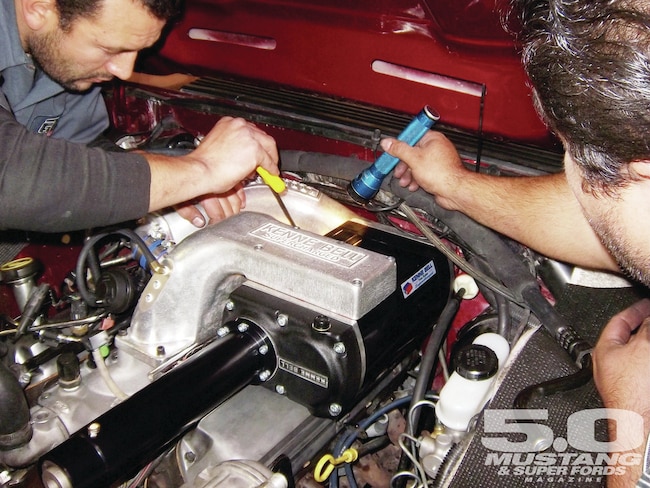 It really is amazing how fast '11-'12 Mustangs such as GTs, Boss 302s, Cobra Jets, and the recently unveiled '13 Shelby GT500 (yeah, the 'Stang with 650 factory horsepower) are moving our hobby forward at what seems like warp speed. However, while we've blathered about how bitchin' the newest 'Stangs are, the truth is, we'll remain dedicated to the Ponies that got this party started. The '79-'93 "Fox" Mustangs and the original 5.0-liter engines got us in this game, and we won't forget 'em.

Our continued commitment to pre-Coyote 'Stangs is one of main reasons why we occasionally embark on projects that harken us back to the early glory days of 'Stangbanging. The days when '86-'93 5.0 Mustangs were the talk of the town—and the catalysts for enthusiasts' magazines like this one to hit the presses.

Building on and improving a Fox 'Stang's OEM engine performance did not require much during this period. Naturally aspirated options ranged from basic (adding a CAI, deleting air conditioning and/or power steering, advancing timing) to a bit more involved (swapping cylinder heads, camshafts, and exhaust upgrades), and power-adder choices were really simple; you either bolted a supercharger on your Pony or shot it with nitrous oxide.

"Speed ain't cheap…How fast can you afford to go?" The phrase certainly rings true for most of us who enjoy the Mustang hobby. And for EFI Foxes, fortified aftermarket engine pieces and various custom treatments (brought forth by the really aggressive, elaborate 'adder setups that eventually came into play), ushered in a completely new performance price range for mods. However, while ultra-sophisticated supercharger and turbo systems have become today's hardware of choice for achieving 600-, 700-, and 800-plus horsepower in pushrod-5.0–based Mustangs, we still have a soft spot for the basic setups that preceded them.

Kenne Bell's 2.1-liter, twin-screw Blowzilla is one such system. In its heyday (the middle-to-late '90s), the stealth KB Blowzilla was the key to boosting many a stock or lightly modded street Mustang, as the blower and just a few additional components were the only pieces necessary for adding a gang of horsepower to a bone-stock Fox.

At this point, solid, unmolested Fox-body 'Stangs are the absolute best candidates for our projects. While longtime enthusiasts may have run through several Ponies and many mods at this point, there are Mustangs out there that actually meet our stringent criteria.

Our friend Ricardo Topete of GTR High Performance was able to find one that's picture-perfect for this effort—Geoff Connors's virgin-stock '88 GT. The following photos, captions and dyno information detail the success of this reincarnated install/test project, performed by GTR's Ricardo, and Ken Christley, Technical Director at Kenne Bell.

We won't say Blowzilla is back, because it has always been available through Kenne Bell and its dealers. However, we will say the bolt-on supercharger system is still a great option for old-school, stock-Fox (and pushrod SN-95) owners or those who are just coming into the hobby by way of previously owned '86-'95 LXs and GTs. 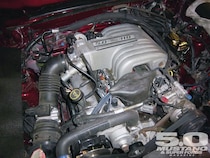 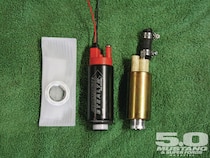 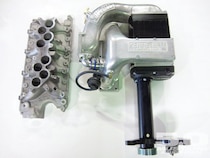 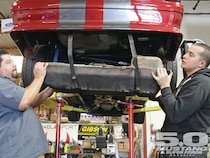 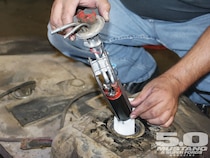 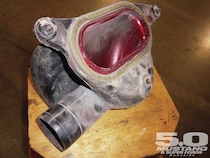 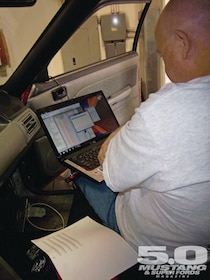 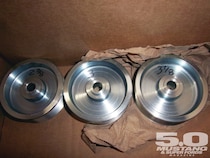 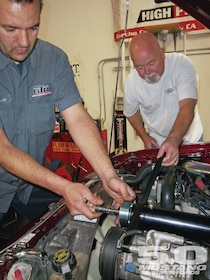 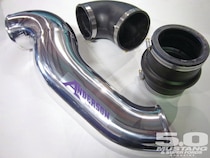 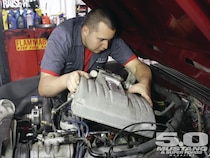 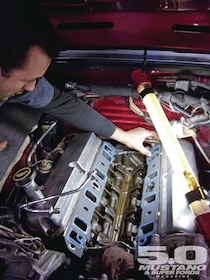 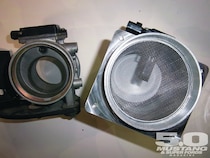 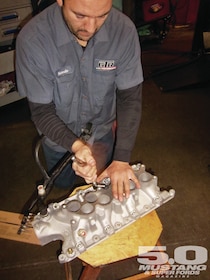 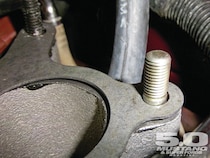 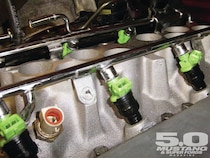 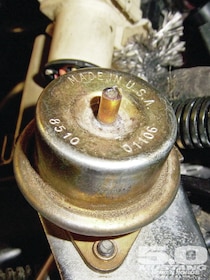 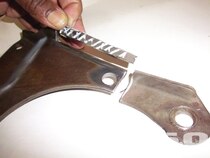 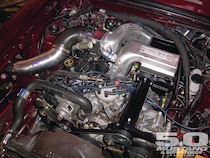 Horse Sense: In this age of modular V-8 and new 5.0 engines, you're probably wondering why our spotlight for this report shines on a pushrod-5.0 power adder. The reason is simple: Despite their near-classic status at this point, '86-'95 Mustang LXs and GTs are still relevant. And the Ponies that are still fairly stock are perfect for adding bolt-ons like Blowzilla, which provide instant zoom for relatively modest coin.

As the data shows, the 5.0 in Geoff's 100,000-mile GT responded favorably to forced induction, and we're impressed with the performance gains. However, we have to note that the 9 psi of boost achieved during the initial post-install dyno hit is a bit of an anomaly. Technically, with the 3-7/8-inch pulley we used, boost should be barely above 6 psi.

While the combination produced 312 hp, we believe that a restriction caused by the stock 5.0's camshaft is the reason for the abnormality in boost. Basically, the supercharged air is being restricted in the intake manifold, and essentially not getting into the cylinders.

As we learned in a recent experiment (cylinder-head change) with Project T-top Coupe, while intake-air restrictions cause such boost increases, the engine isn't necessarily making more power. Thus the results of this experiment are great, considering the 5,500 rpm limit that the camshaft held us to.

Geoff's Mustang now has a considerable amount of power and especially rear-wheel torque, thanks to Blowzilla, and the cool thing is there's a ton of additional performance that can come from this blower package (it can be pullied for as much as 18 psi of boost), should Geoff decide to step up to a bigger, better engine in the future.