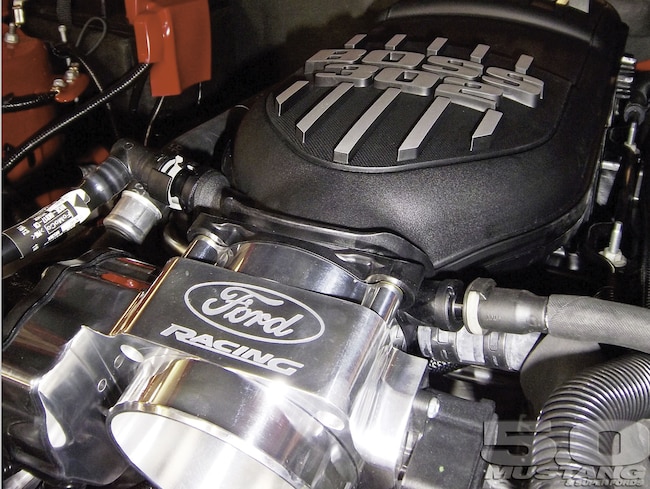 Sometimes in our quest for discovering new and better ways of improving Mustangs, we occasionally find ourselves right back at square one, testing pieces that we've evaluated in previous tech efforts. While revisiting certain parts may give the impression we're partial to those components for one reason or another, that notion couldn't be further from the truth. As we've explained in many tech reports that focus on improving a Pony's engine performance, the best results are usually gleaned when upgrades are made as a wholesale package instead of individually.

Improving airflow's volume and efficiency has been the best way to increase both horsepower and torque for Mustang engines for the nearly 47 years that Ford's Ponies have been pounding the pavement. As we've seen in other tests we've done with '11-'12 GTs, intake and exhaust upgrades definitely are the hot ticket for making such improvements on the new cars' high-revving 5.0 engines.

Yes, save for the new throttle body, the lion's share of these bolt-ons have already been evaluated and detailed in past issues of 5.0 Mustang & Super Fords. However, since we haven't yet grouped these particular pieces as an ensemble, we connected with Muscle Motors of Chatsworth, California, to learn what this intake-and-exit air system's positives--and negatives--might be.

Muscle Motors acquired a brand-new '12 Mustang GT (with the six-speed automatic) in the fall of 2011, strictly for the purpose of experimenting with various naturally aspirated performance parts for the GT's stock 5.0. Of course, adding a CAI and after-cat setup is the unanimous starting point for such efforts. As the project moved onto the next logical leg (installing the Boss 302 intake and long tubes), we stopped by the shop and grabbed the following photos of technician Eddie Rios as he added the new pieces and tested their mettle on the shop's Dynojet chassis dyno.

Horse Sense: In a phone conversation with Editor Turner discussing results of this project, Steve mentioned the fact that Evolution Performance's results were a few ponies higher than the 395 that we ultimately made. Before you read further, it's important that you understand this new research was done with standard West Coast 91-octane fuel in the Mustang's tank. We considered upgrading to Rockett Brand's 100 octane, but decided against making the change as the tester is driven daily on pump gas. We should also point out the significant altitude difference between Evo's dyno Aston, Pennsylvania, locale and Muscle Motors' location in Chatsworth, California.

On The Dyno
Where would we be without dyno testing? Without question, running a freshly modded Mustang on the rollers of a chassis dyno is the best way to see the pros and cons of various parts combinations, and we found some of each in the package we evaluated in this test.

Our test vehicle, Muscle Motors' '12 Mustang GT, came to us with only a JLT CAI, 3-inch after-cat exhaust pieces, and Eddie Rios tune in place. From a bone-stock baseline of 340.90 hp and 335.33 lb-ft of torque, these upgrades presented us with a starting point of 371.89 hp and 356.87 lb-ft of torque at the feet. Having previously performed this research, we knew going in that overall power gain would be minimal by simply adding the intake. The dyno confirmed this, and also our thought that torque would tumble quite a bit, too.

Taking the test 'Stang's automatic transmission into account, we believe the main reason for the skewed statistics (minimal gain/decreased torque shown in FRPP1 data) after this mod is the intake's shorter runner length--a design that definitely promotes freer airflow, but clearly doesn't manifest itself until rpm starts heading well beyond the normal range for most street use. It keeps going until it maxes out around 7,500. (Seriously, only the most maniacal 'Stangbangers on the planet are blasting through the streets at seven grand on a regular basis.)

Despite the beauty of Ford Racing's new 90mm throttle body, which wonderfully complements the intake from a visual perspective, the additional 10 mm of diameter only increased our 'Stang's rear-wheel power and torque up by just a little bit (FRPP2 data). While we believe there may have been a little more power and low-end improvement on tap with continued camshaft tuning, the previously installed CAI and custom tuning done during that procedure really are the boons in this setup. Eddie uses SCT's tuning software to calibrate the '11-up Mustang's Copperhead PCM.

Of course, the performance of these parts--especially the intake/throttle-body combo--will take on another dimension (that shows really significant high-end gains) when they're used in conjunction with Boss 302 cylinder heads, and tuning, or as support hardware for a power adder.

As we anticipated, the exhaust side of our experiment (FRPP/BBK) brought a sizeable increase in power at the wheels, and restored quite a bit of the torque that was lost with the increase in intake air.

While Ford Racing's Boss 302 intake manifold is firmly established as a solid 5.0 eyecandy upgrade that's worth a few horses (at the sake of street-necessary torque), it's mainly a visual pleasure when used as a basic bolt-on. However, with that said, we think both induction pieces are perfect for Coyote setups that will see longterm use in the upper-rpm range (like Roadrunner/Boss 302s), especially in Mustangs used in road-race, drag-race, or standing-mile-type events. 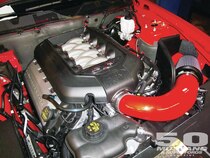 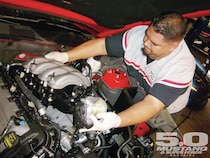 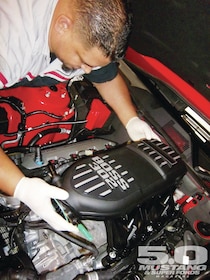 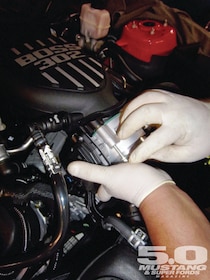 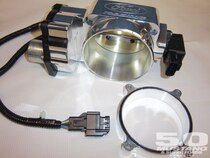 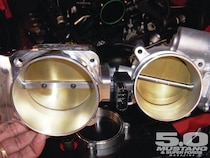 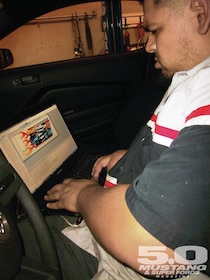 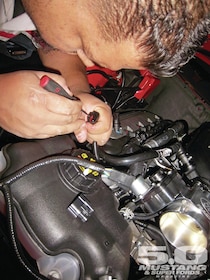 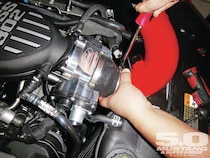 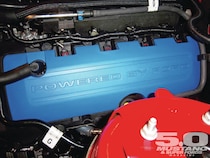 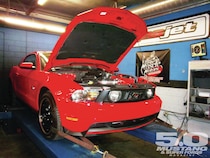 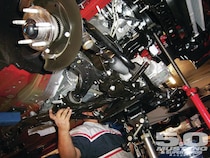 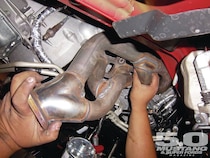 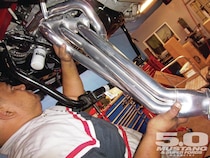 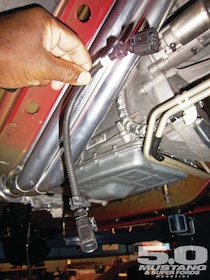 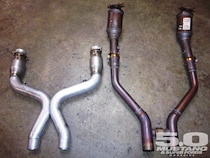 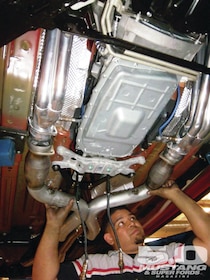 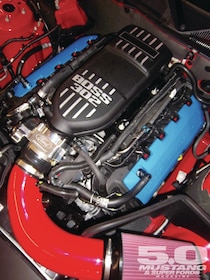