Lethal Performance whips up some power with exhaust, tuning, induction, and nitrous 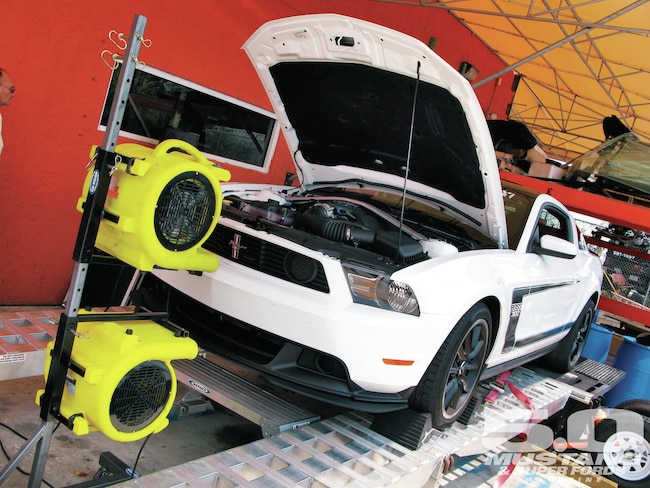 We've been on quite a run following the antics of Lethal Performance as they've torn into brand-new Mustang GTs and Shelby GT500s. It's been great watching them fearlessly go where few dare to tread, and the results have been nothing short of staggering. The GT has run low 10s and put down 700 hp to the tire. Meanwhile, the GT500 has produced over 1,000 hp at the feet and run mid-9s.

"We're thrilled, to say the least. As we mentioned in the past, most people only know of us as parts guys, but we love fast Mustangs. Building these cars gives us a perfect opportunity to have some fun and do some quality research and development on the parts we offer our customers," Jared Rosen of Lethal Performance explains. "Having firsthand experience with the parts affords Lethal the opportunity to share this knowledge with our customers who are trying to achieve their own goals for their cars."

With all that success, it would be easy to remain content. However, in the fast-paced world of Mustang performance, it's tough to cut through all the noise and keep your name at the forefront. While chatting with Jared about the aforementioned cars, he asked what they should do next. Since we were in the midst of our expansive Boss coverage, I whimsically suggested that Lethal pick up a Boss and have a go at it. 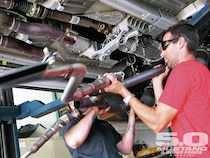 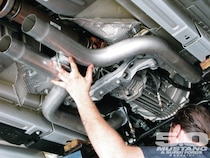 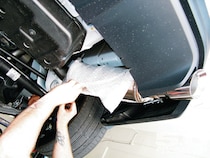 "It's all your fault, Steve!" Jared jokes. "Seriously, when the Boss was first released, we never really paid too much attention to it. As time went on, it grew on us. The more and more we thought about it, the hype kept on growing. We finally said let's do it, and we went on our search. That poor thing had no idea what we had in store for it as I drove it off the lot. It was time again to completely beat the crap out of yet another new Mustang."

Lethal obviously doesn't play, and since I won't be scoring a Boss anytime soon, I was stoked to live vicariously through this new project car. First up, I was on hand as Vaughn Gittin Jr. broke the car in by drifting it around the course at Palm Beach International Raceway. It was Vaughn's first time behind the wheel of a Boss 302, and he looked at home sliding it around the track.

"That was definitely a treat. I had never met Vaughn before, nor had I been in a car drifting. Here I was in our brand-new Boss with the 2010 Formula Drift champion at our local track, Palm Beach International Raceway. It was like the sun, moon, and stars all aligned," Jared enthused. "As soon as Vaughn hit that first turn, I had a grin from ear to ear-I couldn't stop smiling and laughing. Lot's of smoke, spinning tires, and high rpm. It was awesome and made a great introduction to the sport of drifting. I definitely have to thank Vaughn, as he was so cool and made my day." 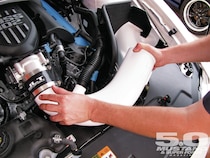 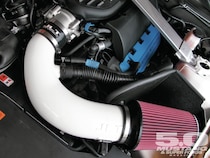 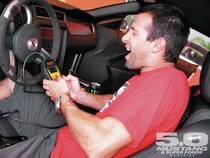 That was good fun, but as cool as the stock Boss is, Mustangs were made for modding. Soon after the drifting break-in, it was time to get down to business on the Lethal car. The plan all along was to add boost to the equation, but the car would take a more methodical approach first rather than going straight for the blower.

In preparation for that, we wanted to try a few bolt-on parts first, so we put together a little bolt-on recipe for pre-blower fun. Naturally we turned to the lines that Lethal P carries and selected one of its own H-pipes, a JLT cold-air intake, an SCT tuner, and a Zex nitrous kit. To make all the parts work in harmony, Lethal relied on its tuner of choice, Jon Lund, to work his magic on the keyboard. For the actual wrench-turning and dyno time, we headed to Power by the Hour in Boynton Beach, Florida.

"With most of our builds, we like to start small and work our way to ridiculous, that way we can test the parts that the majority of people go with once they start modding their own cars," Jared says. "The basics, such as an intake, tune, and exhaust, are the essentials for Mustang owners, so it's a great starting point. I didn't even think about the nitrous until this crazy editor from 5.0 Mustang & Super Fords magazine suggested it, but it turned out to be a great idea." 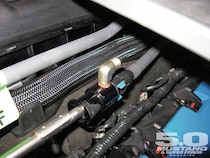 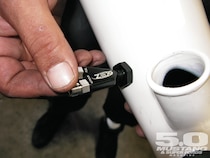 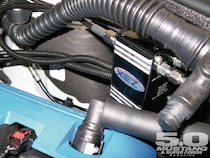 When all was said and done, the Lethal Boss went from stock to putting down almost 600 hp and running mid-10-second e.t.'s. As impressive as that is, they are just getting started with this car, so stay tuned to these pages as they make the move to boost.

Horse Sense: Of course, testing on the dyno is one way to verify gains, but Team Lethal likes to hit the quarter-mile as well. With UPR Products' Jeremy Martorella banging the gears, the Lethal Boss 302 staked its claim as the first '12 Boss 302 in the 10-second range thanks to a 10.64 at 124-mph pass down the Palm Beach International Raceway 1,320. This feat was attained with the addition of a set of Bogart drag wheels and sticky tires, which allowed for a 1.51-second 60-foot time.

Lethal obviously doesn't play, and since I won't be scoring a Boss anytime soon, I was stoked to live vicariously through this new project car 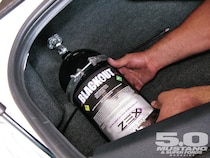 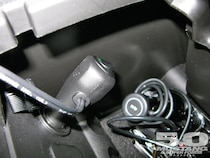 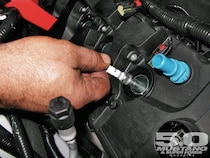 Right out of the gate, the Lethal Boss impressed with its stock dyno numbers. Keep in mind that as of this writing, the Ford Racing TracKey tuning was not yet available to Boss owners. These numbers were as delivered with the factory calibration, and it still got within single digits of reaching 400 rwhp! With the stock calibration still in place, we added Lethal's own 3-inch H-pipe and a Magnapack after-cat to open up the exhaust system, and those mods nudged us into the 400-rwhp zone.

Since the mods were getting more aggressive, we needed to recalibrate the Copperhead processor to compensate for the changes. Lethal sells SCT tuners loaded with tunes from noted calibrator Jon Lund of Lund Racing (www.lundracing.com). As luck would have it, Jon has partnered with another South Florida company, Revan Racing (www.revanracing.com), as Revan/Lund Racing to put a chassis dyno in South Florida. It just so happens to live at Power by the Hour, where the Lethal Boss went under the knife.

As such, Jon was able to connect to the Dynojet's computer over the Internet, review the datalog files, and even flash a new tune into the SCT Xcal 3. Changing the induction with JLT Performance's painted plastic cold-air intake necessitated a tune to adjust for the larger mass air housing. With the JLT and Lund tune, the Lethal Boss headed in the right direction again with an 11hp peak gain, and it pulled harder from 5,300 up. 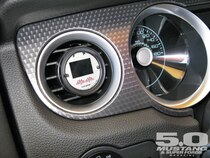 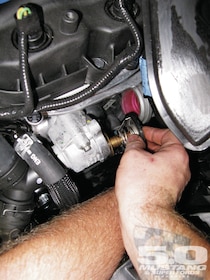 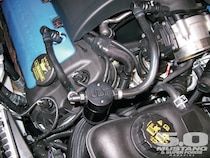 While putting together the recipe for this first round, your author climbed atop Jared's shoulder with a pitchfork and shouted nitrous. As bad influencing goes, it didn't take much effort to convince Jared that spray was the way. The combination of high compression and high rpm offered by the RoadRunner engine is tailor-made to take advantage of nitrous' charms. And boy, it did.

After loading a fresh Jon Lund tune for the nitrous, we eased into things with a 150 shot. We expected our rear-wheel results to be a little less than 150 ponies, but to our delight, the Zex Blackout kit over-delivered with a 172-rwhp peak gain. Even more impressive was a peak torque gain of 295 lb-ft! Oh, yeah. Boss plus nitrous equals wow!

Intoxicated by those gains, we all agreed to pill up to the kit's 175hp maximum rating. With the new jets installed, Powered by the Hour's Jake Long dialed back the timing by a degree with the SCT tuner, and we crossed our fingers hoping for 600 rwhp. We didn't quite make it as the car topped out in the 590 range. A bottle heater might have pushed us over the edge, but we called it good with overall peak gains of 197 hp and 329 lb-ft at the tire. 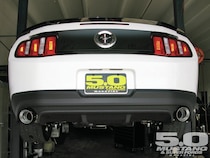 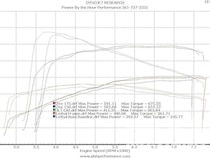 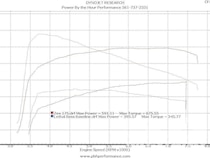