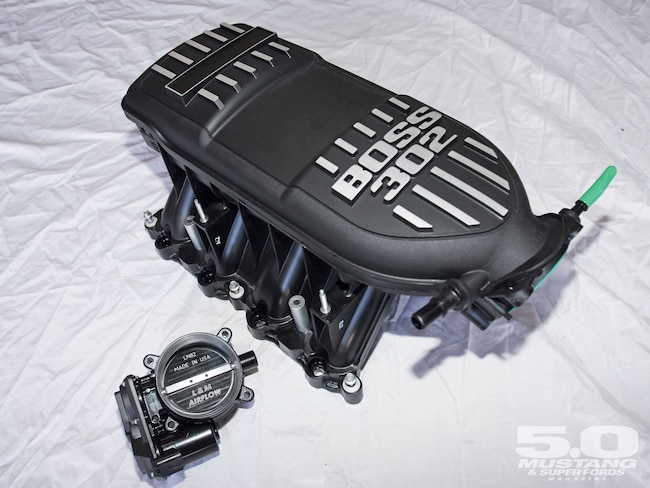 Horse Sense: Once the Boss 302 hits the streets, you’ll be able to buy many of the performance parts developed for it from Ford Racing (www.fordracingparts.com). That’s because the gear run on the street-going Boss 302 was developed on the racetrack in Ford Racing’s Boss 302R racers.

In recent years, the choices have proliferated but it’s taken a couple years before there were options. It might have been quite the same with the Coyote 5.0 were it not for a second big push from the factory. Charged with creating a next-gen Boss 302, the Mustang team started with a new intake manifold meant to stretch the Coyote’s legs to 7,500 rpm. Since it was first seen on the Boss 302R test cars, it’s been one of the most anticipated engine parts in recent memory.

So imagine our excitement when we received a call from our friend Jeremy Martorella at UPR Products. Jeremy placed an order for some Boss 302 intake manifolds with a Ford dealer, and through some glitch in the system, they showed up in advance of the cars hitting dealer lots. He asked if we’d be interested in testing the intake on Keith Waites’ manual-trans car.

As you might expect, we dropped everything and headed south to see what this new piece could do on a standard Coyote. Of course, we can never be satisfied with testing just one cool part. We also managed to get our mitts on L&M Airflow’s new 82mm throttle body for the Coyote to see how it worked with the stock and Boss manifolds.

Upon arriving at UPR, we met up with tuning guru Jim D’Amore of JDM Engineering. Jim tuned the car’s base configuration so that we had a strong baseline; then Jeremy got down to the business of swapping parts.

"It pulls hard up top for sure," Keith said. "I couldn’t feel much difference that it lost down low. The car runs like it did stock, but it runs harder up top. It doesn’t feel like I’ve lost anything." However, on the track it was a break-even proposition for Keith’s car, so he is considering a gear swap to maximize the combination. UPR’s automatic car picked up almost 0.2 and 2.5 mph, but it lost some in the 60-foot. Obviously there will be a learning curve with the Boss manifold.

Of course, the high-rpm dyno numbers were quite impressive. Read on to see how we fared on UPR’s in-house Mustang chassis dyno. 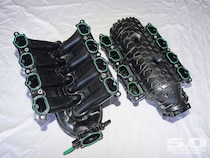 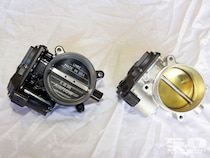 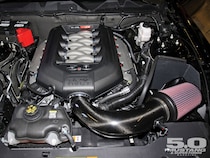 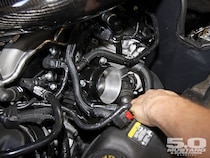 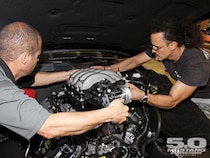 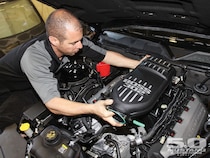 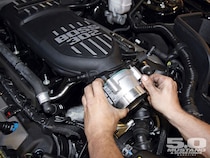 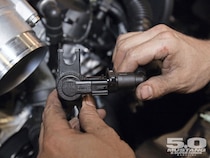 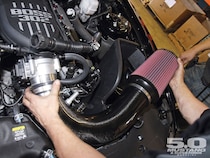 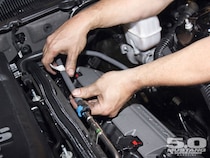 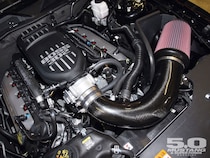 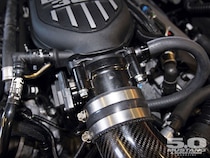