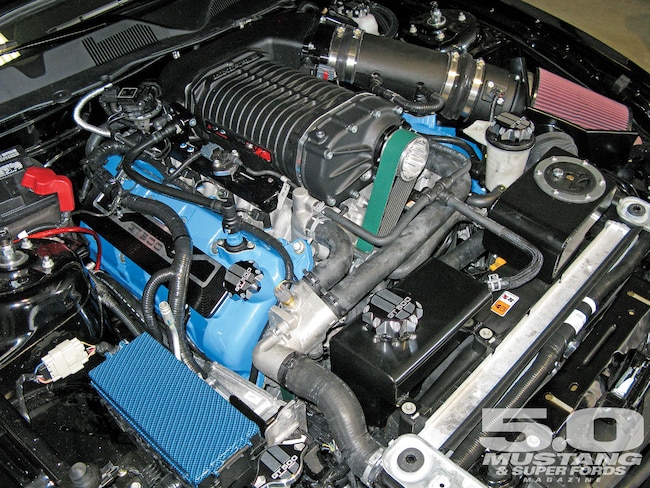 Horse Sense: If the name Jeremy Martorella sounds familiar, that's because the UPR general manager not only sells Mustang parts, but he has a storied racing history, including three championships and a competitive run in our beloved Real Street class. Jeremy not only rowed the gears in the Lethal GT500, but set up the chassis as well.

It seems that with every new Mustang model, the cooling-off period from driving it off the dealer lot to making the first modification gets shorter. New owners used to ease into the mods with something innocuous and take their time sneaking up on the aggressive additions. These days cars are ordered and parts are stockpiled before said car even arrives. It's a long way from the days of FE and 5.0 owners making do with modified stock parts. The aftermarket is swift and the enthusiasts are willing.

Of course, even a willing enthusiast adding a pile of bolt-ons to a new 'Stang pales in comparison to completely revamping a brand-new car. When that new car is a '10 Shelby GT500, it takes a whole new level of bravery-or is that insanity? It's the sort of thing that gives all but the completely power-mad Mustang maniacs some pause.

Just like any other challenge, practice makes it easier. For the crew at Lethal Performance ripping into new Shelbys is no big deal. In fact, before diving into this project, the Lethal crew had previously worked over an '08 GT500.

The '08 was the company's foray into the S197 movement after establishing itself as a legit source for parts and knowledge for the '03-'04 Cobra crowd thanks to Jared Rosen's black Terminator project car. Jared and partner Jonas Cooper are enthusiasts and savvy marketers that know customers want good service from a company that's in the trenches with the cars. To that end, the black '08 went through a rigorous bolt-on regiment before its modifications took a toll on the car's stock engine.

In fact, it was after commissioning modular-specialist Boss 330 Racing to build a monster engine for the '08 that a mockup image of a '10 GT500 with Grabber Blue stripes caught Jared's eye. "We loved that '08 GT500. It was awesome-then it blew up," he deadpanned. "In the process of building the motor, we saw the spy shots of the '10. I was sold on it. Even before putting the other car up for sale, we had already ordered the 2010. I was in love with the car. I was happy with our '08, but I just loved the look of the new car."

And so the die was cast. Rather than finding a home in the '08 GT500, Lethal set aside the Boss 330-built aluminum 5.4 for the forthcoming '10. The '08 received a stock engine, and it was sold to a Lethal customer overseas. This cleared the way for Lethal to focus its full attention on the '10 GT500. Since Lethal is mainly in the parts business, they enlisted recent KOTS participants Power By The Hour in Boynton Beach, Florida, to tear down and rebuild the '10 GT500 in Lethal's image.

We were fortunate enough to be there as the car was coming back together. With this combination, the Lethal GT500 would become the first '10 Shelby to run in the 9-second range with a 9.97 at 143.98 mph, and they don't plan to stop there. While the car is still completely streetable, it has quickly taken on a serious demeanor, but Team Lethal wants to keep a connection to its street customers. "It's evolved into more like a track car. It's not hacked up. It still has A/C and we still rock the Sirius satellite radio," Jared said. "We want to be the fastest six-speed GT500. The majority of people with these cars are sticking with a stick. The last thing they are going to do is switch to an auto." 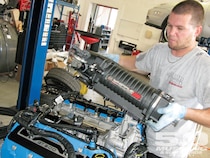 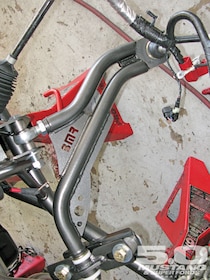 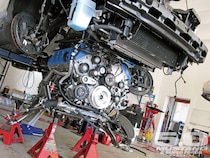 In Testing
How do you nearly double the output of your brand-new GT500? Well, adding a 4.0-liter Whipple and a Boss 330 custom engine was obviously a good plan. Lethal Performance took its '10 Shelby from 421 hp and 440 lb-ft at the wheels to an incredible 805 rwhp and 673 rwtq on UPR Products' Mustang Dyno thanks to the gear you saw in this story. Moreover, with UPR's Jeremy Martorella in the driver seat, the Lethal machine started out at 12.74 at 112.29; at press time he had run a best of 9.66 at 146.19 mph. They are still upgrading and tweaking with an 8-second goal in mind, so this project is far from over. Stay tuned for more impressive numbers from Team Lethal.