We Supercharge An '07 Mustang GT With ProCharger's Latest Innovation 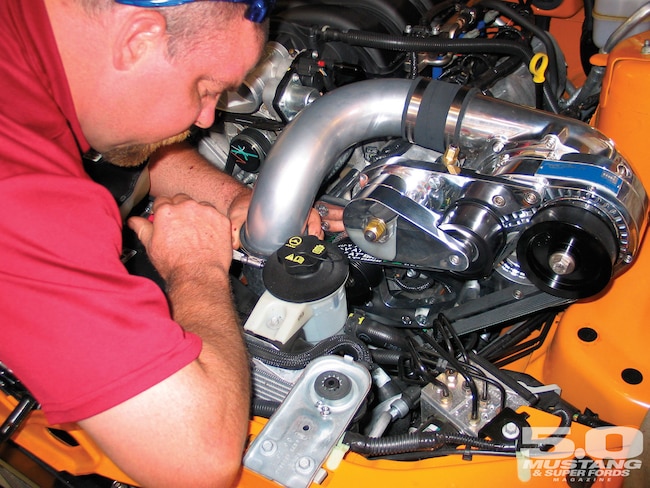 Horse Sense: ProCharger's H.O. Intercooled System is easily upgraded with a larger intercooler and more powerful supercharger models, specifically the F-1A. The F-1A supercharger is capable of producing more than 800 hp with a 12-rib drivebelt. A custom intercooler is standard with that particular upgrade kit.

Most Mustang enthusiasts are fans of boost, no matter the form. A first ride with it is a life-changing event. Manufacturers play on the sound, the rush of power, and the intimidation factor to get the company's products on Mustangs. ProCharger has been using those selling points for years, dating back to the Fox Mustang era. The company has evolved with the Mustang to introduce new supercharger kits each year for nearly any application, from the everyday street car to a Pro 5.0 racer.

Barely into the '07 model year, ProCharger introduced a new H.O. Intercooled System for the '05-and-up Mustang GTs. Although ProCharger doesn't quite say this system falls on the car, this kit is even easier to install. A professional Mustang technician could put the kit on in 5-6 hours, while a relatively new mechanic could probably have the job done in 8-10. The reason for the reduced installation time is because no factory parts need to be relocated underhood. The supercharger features its own dedicated eight-rib drivebelt, which is a feature ProCharger says no other supercharger manufacturer has. The only thing added to the drive accessory system is a ProCharger-supplied crankshaft pulley. Other than that, there's one supercharger bracket, a preassembled idler pulley assembly, and the supercharger bolts on.

The H.O. Intercooled System features a three-core intercooler to keep air-charge temperatures cool for increased horse-power compared to a nonintercooled system. The kit also features ProCharger's tried-and-true self-contained P-1SC-1 supercharger head unit. The system is complete when it arrives on your doorstep or to the installation facility of your choice. It comes with 39-lb/hr injectors, a larger fuel pump, and a DiabloSport Predator handheld programmer. 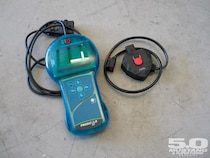 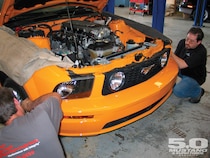 Our installation facility of choice was the recently opened Real Street Performance [Where did you get that name, Jay?-Ed.], owned by Jay Meagher. Jay used to run in the

Since ProCharger utilizes DiabloSport Predator handheld tuners in this kit, DiabloSport sent Kevin "The Canuck" MacDonald to dial in the combination using a Predator handheld programmer and a DiabloSport MAFia to manage mass airflow meter voltage. Kevin came up to the Titan Motorsports' dyno facility and set up all the parameters for WOT and driveability. One dyno pull later, we were on our way home with 466 rwhp on tap. Granted, that simplifies the tuning process because it took Kevin roughly an hour to go through everything and have the car ready to dyno. 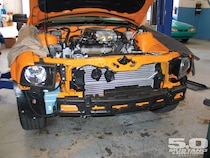 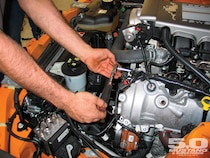 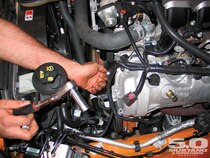 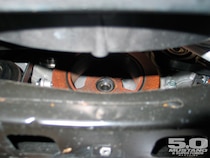 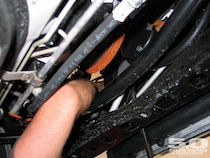 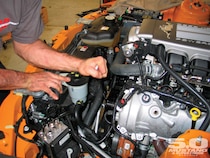 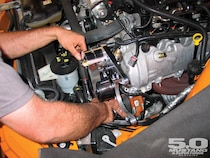 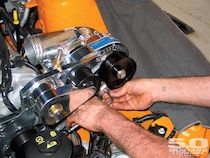 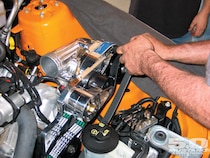 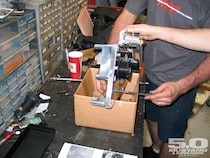 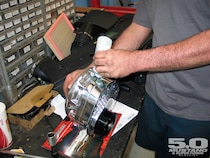 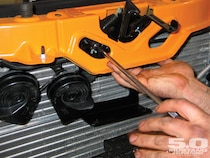 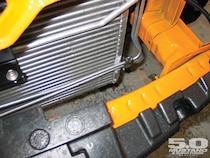 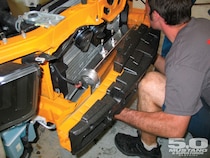 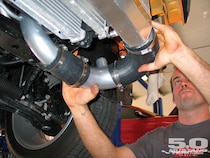 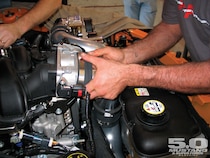 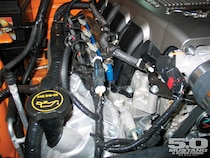 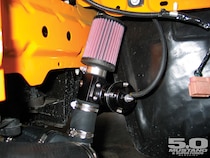 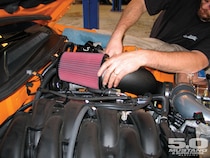 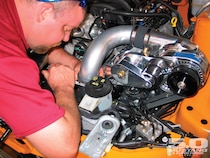 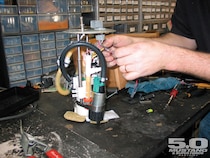 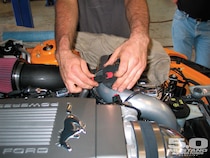 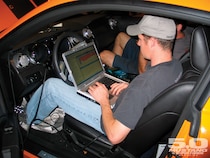 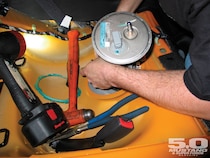 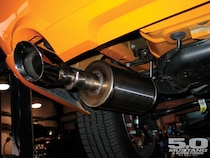 Sometimes we love technology, but other times it really ticks us off. Scott's '07 Mustang GT is the perfect case in point. We love that it made 466 rwhp, but that's what's so frustrating. It only needed Corsa mufflers, a ProCharger H.O. Intercooled supercharger system, and tuning using DiabloSport software. It took us roughly seven hours to install all these parts, tune the car, and take it to 466 rwhp on Titan Motorsports' Dynojet.

In contrast, several days of work were needed to extract 474 rwhp out of Allen Colding's Fox coupe in the Dec. '06 issue ("All or Nothing," p. 132). Elsewhere in that issue, Tech Editor Jones wrapped up his '86 LX coupe, making 473 rwhp-through an automatic, no less-in the process. His LX has room to grow, but these latter two Fox cars needed major engine and fuel system modifications-not to mention a lot more time and effort to make roughly the same power as Scott's GT. With Scott's car, 466 rwhp is about as far as we can go without adding a piston and rod kit, but we know more power won't be hard to come by.