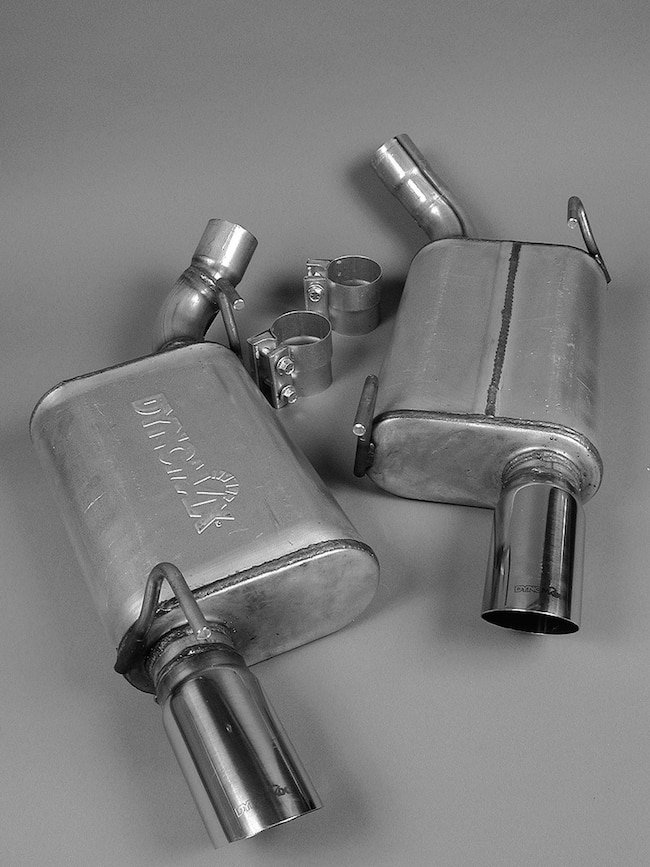 DynoMax is a familiar name in Mustang exhaust systems, so it should come as no surprise to see the company weld up versions for the '05 Mustang GT. Two versions, to be precise: the cost-effective aluminized mufflers we're installing here, as well as a polished T304 stainless offering for those seeking the ultimate in longevity and flash, and willing to pay for it. Both are based on DynoMax's well known fully-welded Ultra Flo architecture, which has a patented continuous straight-through perforated flow-path tube surrounded by continuous roving fiberglass. Ultra Flo cans are characterized by deep tones and reasonable decibel levels.

We were doing some other tech at Paul's High Performance when the DynoMax crew swung by with this prototype set of aluminized '05 Ultra Flo mufflers and an otherwise stock, new automatic GT (actually one of its staff company cars) to try them on. Installation's a snap, and our dyno sidebar tells the power story. 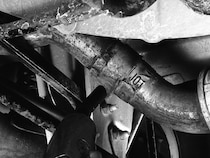 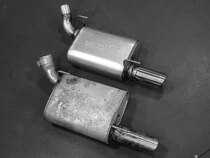 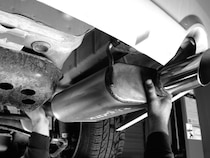 The Sound of Power

A great way to sample a muffler's singing voice is to stand somewhere downstream as a dyno pull is made. So we did. How would we describe the sound? Well, if you've heard DynoMax Ultra Flo mufflers before, the tones should be familiar, as internal construction is unchanged on these '05 versions. Far from raucous, the overall impression was of a subtle but deeper tone, such as going from a 10-inch subwoofer to a 12-inch. That speaker analogy is applicable to mufflers since both are extremely subjective-one man's sonic perfection may be another's nightmare. The bottom line is there's unlikely to be a huge power differential between the various aftermarket exhaust manufacturers, especially if only swapping mufflers, so if you hear a setup you like, go for it. DynoMax has some recorded sound bites of their systems on their Web site, but nothing specific (at least as we write this) to the '05 GT.

As for power, the DynoMax muffler swap generated a notable 6.2 hp and 8.2 lb-ft gain at a usable 4,000 rpm. Oddly enough, the gains diminished near the top of the tach arc. Whether this had something to do with variable cam timing, electronic throttle control, or some other factor is unknown-no attempt was made to recalibrate for the freer flowing mufflers, and we're still learning the various idiosyncrasies of the Three-Valve and its Spanish Oak brain. Regardless, the Ultra Flo mufflers did have a positive effect on power throughout the entire rpm band and, truth be told, most people buy exhaust components for auditory reasons anyway. Any additional power gained from the new parts is icing on the cake.