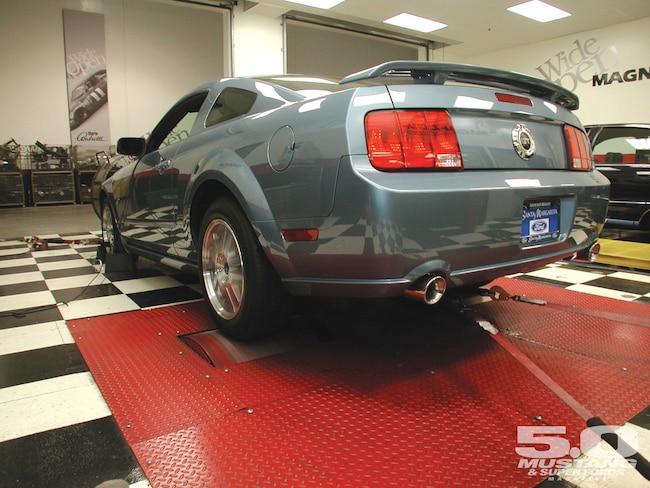 Horse Sense: As testing wrapped up, we asked car owner Kevin Trump what was next for his '05 GT. His reply? "The first payment." Seems Kevin had owned the car just one week when we tested it.

If the desire to get your hands on a spanking-new '05 Mustang GT is strong stuff, rest assured the need to fit some speed trinkets to it will be at least as powerful. We had hardly returned home from the SEMA show-which roughly corresponded to the new Mustang's debut-when the Internet chat rooms were buzzing with guys and their '05s, and the 4.10 gears and exhaust systems they had already installed on them.

At the magazine we're no different. No sooner had we driven the new Mustang than we were ready to try some parts on it. The trick at this early date was finding parts ready to go, and while we talked up the usual suspects for throttle bodies, headers, and such, in the end, Magnaflow was at the starting line with an after-cat exhaust system, and K&N had a replacement panel air filter, but that was all we could lay our hands on in a hurry.

We also needed a car to strap to the dyno rollers, and it turned out we found that at Magnaflow as well. One of the company's customers, Kevin Trump, was ready to try an after-cat exhaust, and so it all came together at Magnaflow's well-equipped Test Center in Rancho Santa Margarita, California.

Magnaflow typically offers two levels of exhaust system per vehicle, one simply called an after-cat and the other known as the Magnapak. Both are streetable, but the standard kit is designed for daily-driver use, with a mellow, well-muted tone that only sounds off when the engine is really making some beans. The rowdier Magnapak system is aimed at making horsepower. It doesn't worry much about rumble and drone, allows sneaking around town, but can really honk when the throttle pedal hits the mat. At press time, only the standard kit was on the market, so that's what we tested.

We should also note that Magnaflow was working on an X-pipe for the '05 while we were testing. The company's preliminary tests on a hand-built prototype X-pipe and Magnapak system had shown worthwhile power increases, but production parts were still a ways off when we were there. They should be available shortly after you read this, however.

As for K&N, we were hoping to try its FIPK system for the new car, but it too was still in development. Naturally, the less complex panel filter was available, so we tested it, but you may want to consider the FIPK as it will be available soon as well. The FIPK includes a custom-shaped filter and any air tubing deemed necessary to reduce intake restrictions. The panel filter, of course, simply replaces the stock paper element filter in the stock Ford air box. It's a one-minute installation.

While our experiments with Kenne Bell left us wondering how much low-restriction mufflers could accomplish, we need not have concerned ourselves over it as the Magnaflow after-cat system returned good numbers. The Mustang baselined in the high 260-rwhp range, and the Magnaflow system gained anywhere from 9-12 rwhp on that depending on how you look at the data. That's a soft way of reviewing dyno numbers, we know, but complicating things is that Kevin's GT uses an automatic transmission, which definitely affects the data compared to manual-transmission cars.

Automatics absorb more horsepower than manuals, of course, so they post lower power numbers-no mystery there. But the fluid coupling in an automatic also leaves a fingerprint in the dyno data. The torque converter can spike when the throttle is tipped in or the transmission shifts. Going the other way, we could easily see the torque converter lock-up function come on-line in top gear because it bogged the engine somewhat. There are electronic ways of bypassing or locking out some of these functions, but we did not have those tuning tools during this test. The data therefore spikes here and there and requires more analysis than a simple manual transmission car's data.

We're also all learning the ways of the '05 GTs. They definitely are power-constrained in top gear as they approach the power peak since Ford flattens the ignition curve starting at 5,100 rpm (the power peak seems to be at 5,300 rpm). Put all this together and the horsepower curve plotted by Kevin's GT in Fifth gear had a spike on the shift, a spike and then a bog when the converter locked up, and then went flat before dropping off due to the nonadvancing timing. Such a complex power curve requires a fair amount of speculation on the viewer's part when noodling the data in top gear. Magnaflow's tech people preferred to look at the cleaner Third gear data, where the ignition timing is apparently unfettered and the engine spends a relatively long time pulling against the dyno drum. But the extra gear ratio raises the horsepower figures compared to the traditional 1:1-ratio-supplied Fourth gear in most transmissions (automatic or manual).

Topping all that, Kevin's car was carrying a full load of 87-octane fuel when it showed up for the test. Previous testing has shown the '05 GTs definitely make more power with the simple substitution of 91-93 octane (the ignition timing follows feedback from the knock sensor), so you can add 3-5 rwhp to our figures when running the higher octane gasoline.

As for the K&N filter, it didn't make or lose enough power to definitely show in the data. Each one of the runs with the air filter resembled backup runs to the previous test, with only the barest of an upward trend visible. We concluded the replacement K&N's advantage at this power level has more to do with reduced cost of filter changes than power production, although there may be an extra horsepower in the bargain. Our guess is the pending FIPK kit could add a definite few ponies to the corral thanks to a cleaner induction path, but that'll be another test. 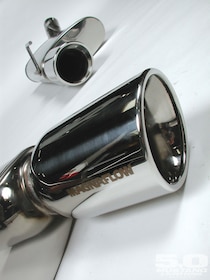 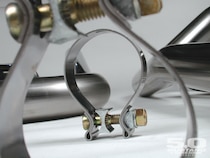 For the record, the parts tested for this article include the following:

Great news from Magnaflow concerns its dual catalytic-converter-equipped X-pipes. Aside from an application for the '05 Mustangs making its debut shortly-good for another 5-7 hp over the stock H-pipe, says Magnaflow-the company's X-pipes are now almost universally equipped with CARB E.O. numbers. That makes them legal for street-driven cars going all the way back to 5.0 Mustangs and pushrod-powered Lightnings. 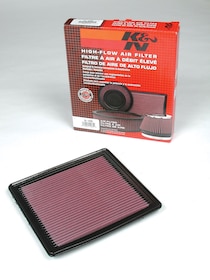 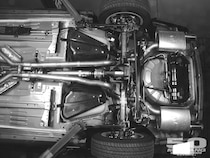 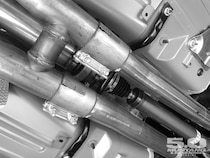 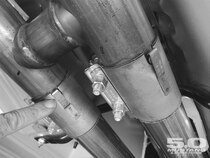 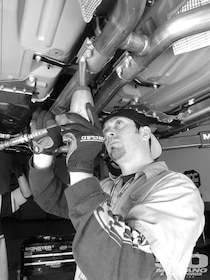 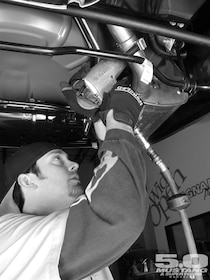 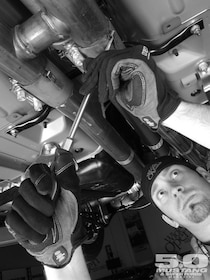 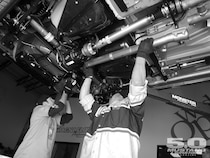 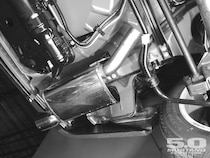 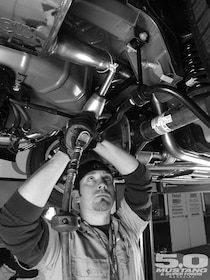 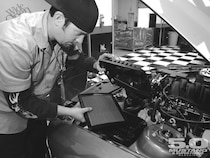 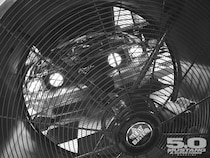 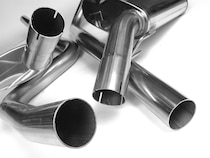