How to Replace '65-'73 Mustang Ignition Switches

We're not completely certain where the first key-operated ignition switches appeared. However, we are certain they've made the world safer for our automobiles. Think of the ignition switch as your Mustang's sentry. It acknowledges only the key you were given with the car, bringing your Mustang's engine and all of its accessories to life with a twist. The ignition switch, its lock cylinder, and your key keep things personal.

Things become impersonal whenever the ignition switch or lock cylinder fail to do their jobs. Few things make us feel more defeated than a car that won't start. The truth is, ignition switches rarely fail. They typically work faithfully year after year. However, many classic Mustangs still have their factory ignition switches and lock cylinders, installed when Lyndon Johnson was president. It may be time for a change.

Be sure to check out the side articles below for steps on how to replace the ignition switch on your year Mustang. 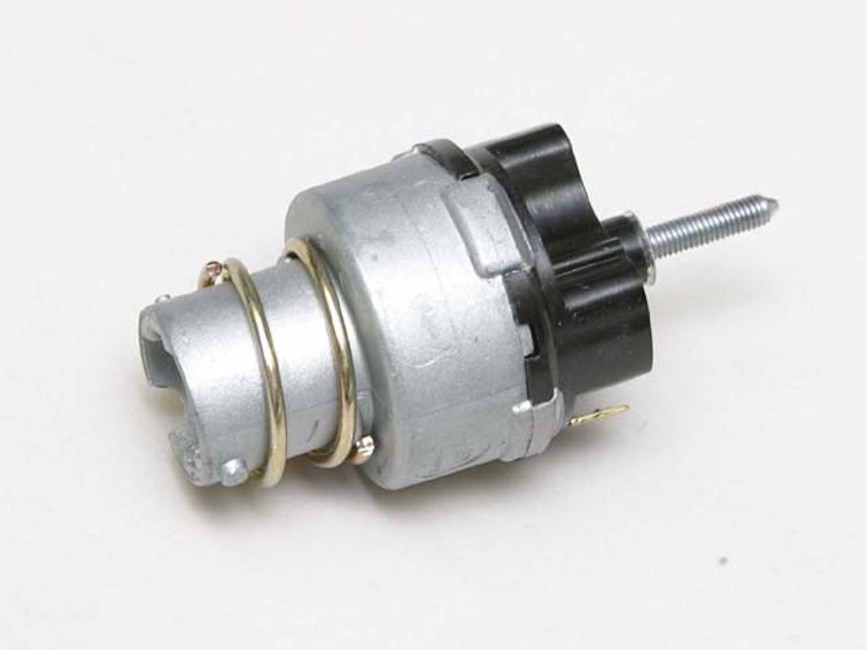 The '65-'66 Mustang ignition switch (shown) is tied to the electricalsystem with a multiplex plug. The center post is for accessories. Thisswitch is retained by a spring-loaded push-and-turn escutcheon. 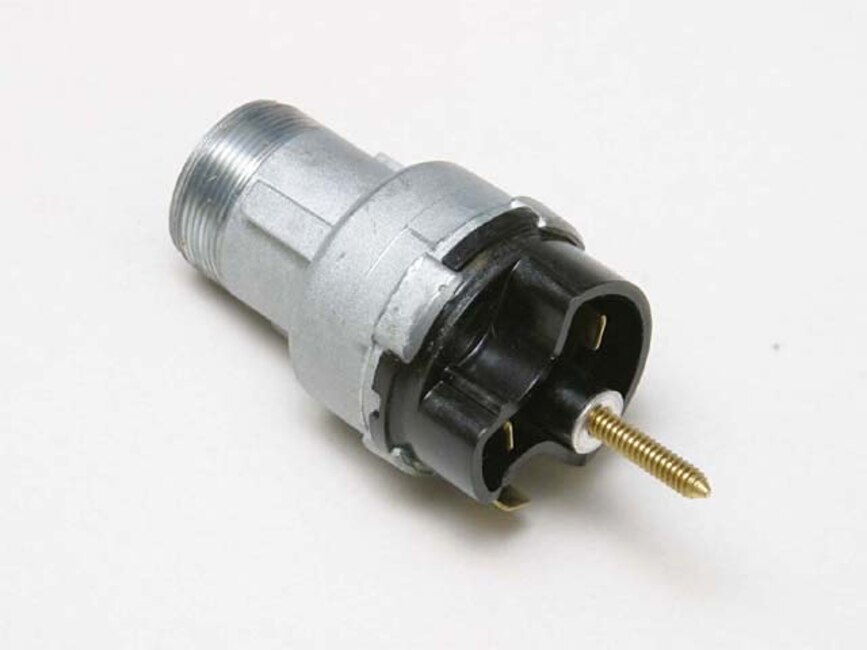 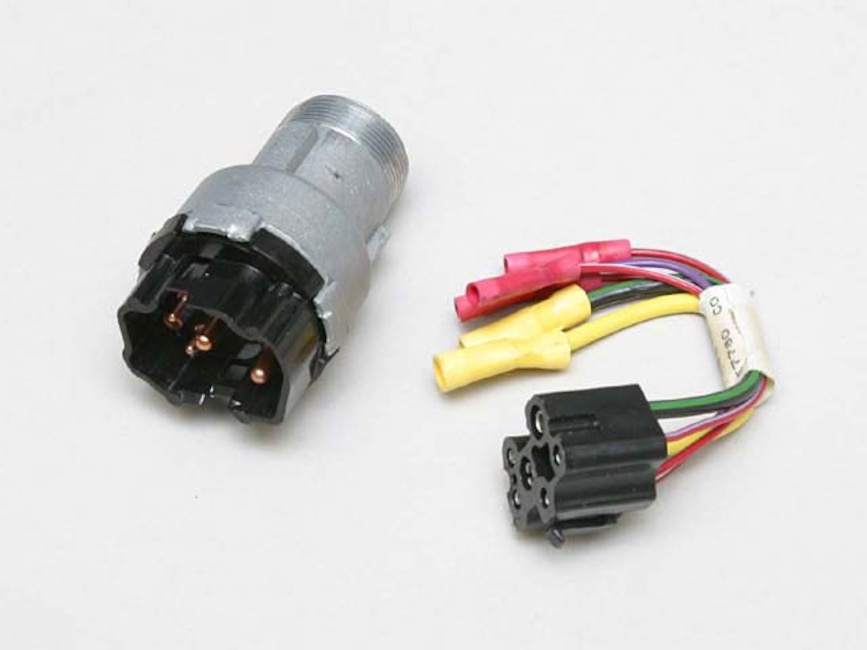 This is the plug-in, '68-'69 ignition switch. Gone is the centeraccessory post. Because this switch's load factor was apparently toohigh, it tended to cook the wiring, so Ford included a new plug with thereplacement switch. 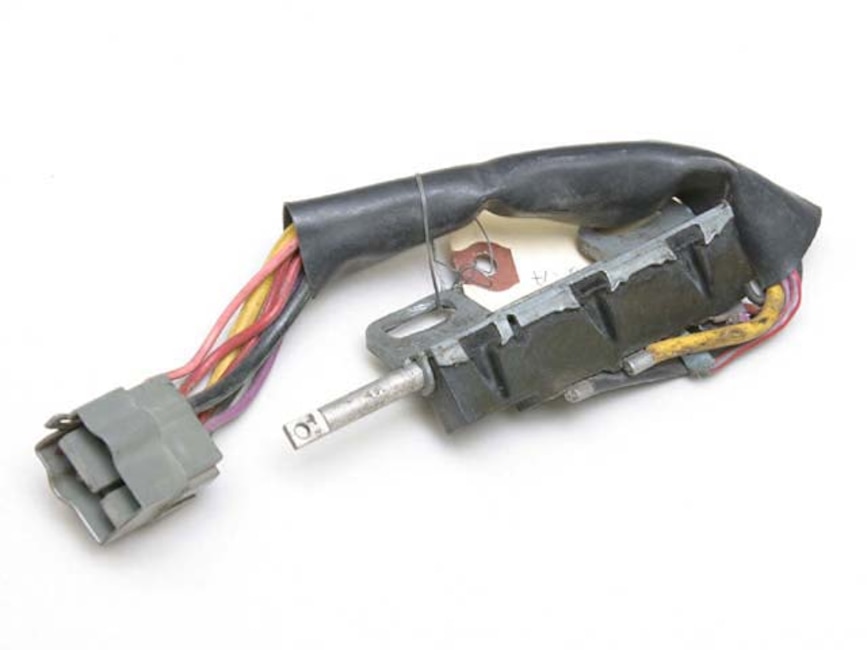 When Ford went to locking steering columns in 1970, it completelychanged the ignition switch's appearance. For 1970 only, the ignitionswitch was located below the top collar and actuated by a rod tied tothe ignition lock cylinder, located at 4 o'clock on the column. It'seasy to replace. One problem--it's not available new. 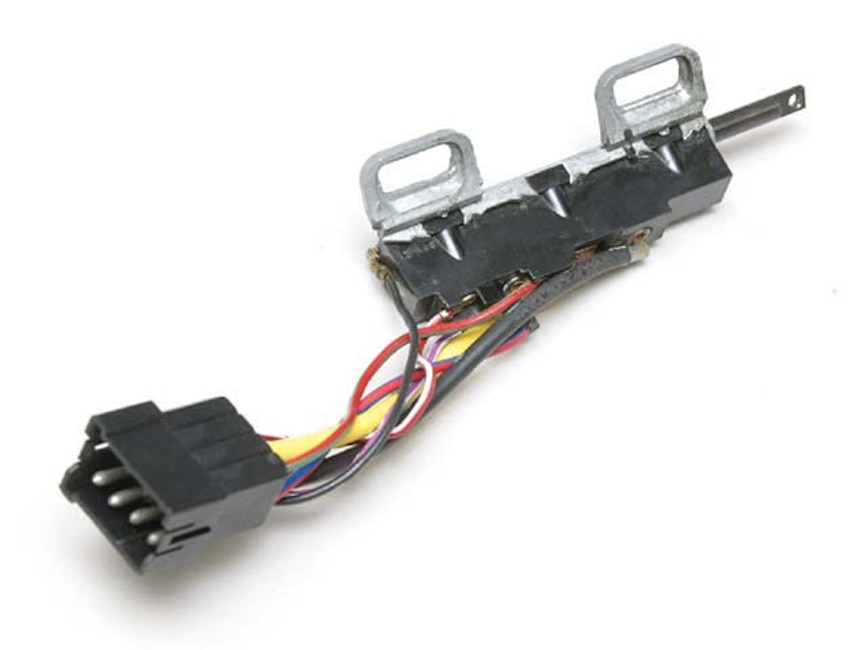 This is the '71-'73 Mustang ignition switch. Because Ford changed thesteering column's design for 1971, the switch was located further downthe column near the bottom. Access is even easier.