Step by step guide for Installing a Steeda Tri-Ax Shifter 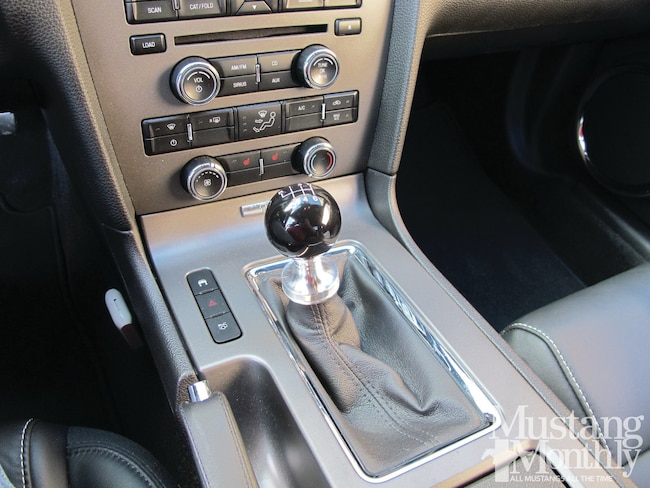 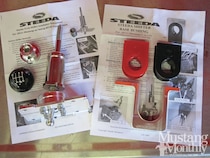 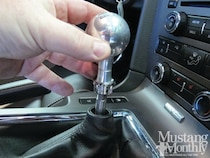 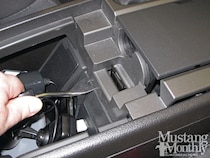 Many people will tell you there's no greater connection between a driver and their car than a manual transmission. Certainly, driving a "stick" can be fun during a track day, on a twisty mountain road, or even at the drag strip. We'd say daily driving a manual trans would be a chore, but with today's clutch technology you rarely have the dreaded left leg work-out of decades past. We can thank clutch technology like twin discs, enhanced friction surfaces, new clutch spring designs, and of course hydraulic clutch actuation. These all work together to make modern clutch pedal feel light and precise. We almost welcome a traffic jam in a modern manual trans Mustang—almost.

Of course, the connection between your right hand and the transmission is just as important as that of your left foot and the clutch. Trying to shift a transmission with a rubbery shifter is just asking for missed gears, grinding gears, or worse. The direct shift transmissions from the '04 and older late-model Mustangs had simple shifters that bolted directly to the top of the transmission's tailshaft housing with four bolts. A little console disassembly and a little alone time with a socket set and you could have more precise shifting in less than an hour.

Starting with the '05 Mustang, Ford began installing a "remote shifter" setup that actually installed the shifter from the underside of the floor pan/trans tunnel and used a remote rod/linkage to change gears on the transmission. For the '11 Mustang, Ford took a hybrid approach to the new Getrag MT-82 six-speed. While the Getrag is still a remotely shifted trans, the shifter uses a lower base assembly bolted to the trans tunnel with a bolt-on shifter assembly akin to the older direct shift transmissions. What this means is while you still have some under-car work to do for access, the main shifter removal happens inside the car.

From the early Fox Mustangs with their huge rubber isolator between the shifter stick and base to the new '11-'12 models, every stock Mustang we've ever rowed through the gears has felt vague and limp in our shifter hand. While for some it may be a matter of preference, a higher tension shift bias spring, cleaner gate, shorter throw, and stiffer shifter bushings (or eliminating them all together) has always given us a much more connected driving experience with faster shifting and no missed gears. For our subject '11 GT, the stock shifter felt like all the others to us, just begging for an improvement.

The engineers at Steeda Autosports know exactly what we're talking about and over the years have designed a Steeda Tri-Ax shifter for every manual transmission ever fitted to the Mustang, including aftermarket Tremec models as well. So it was a no-brainer for us to pick up the phone and order the latest Tri-Ax for the '11-'12 six-speed, designed with a 20 percent shorter throw while maintaining the stock reverse lockout system. Steeda even provides a stiffer reverse lockout spring if you're one of the many who constantly hit Reverse trying to engage First gear. We also chose to upgrade to Steeda's shifter base bushing kit with billet mounting bracket and high durometer bushing.

No matter what year late-model Mustang you have, upgrading the shifter will certainly enhance your driving enjoyment and Steeda can help make it happen. 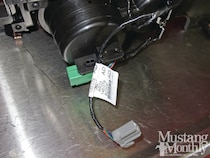 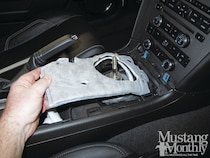 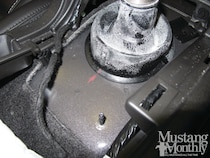 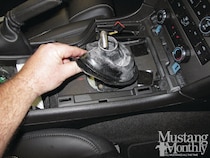 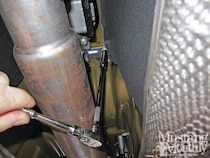 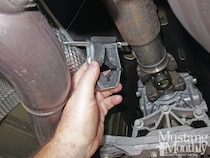 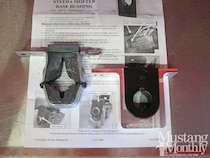 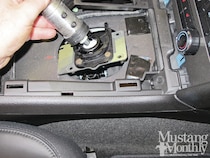 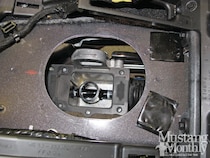 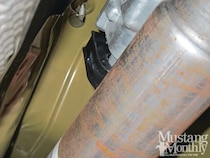 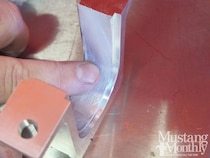 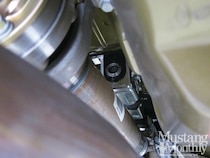 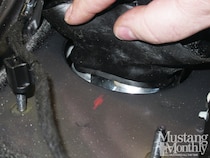 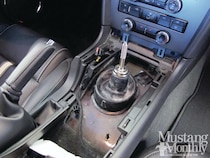 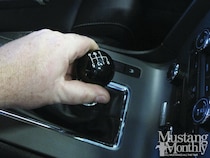