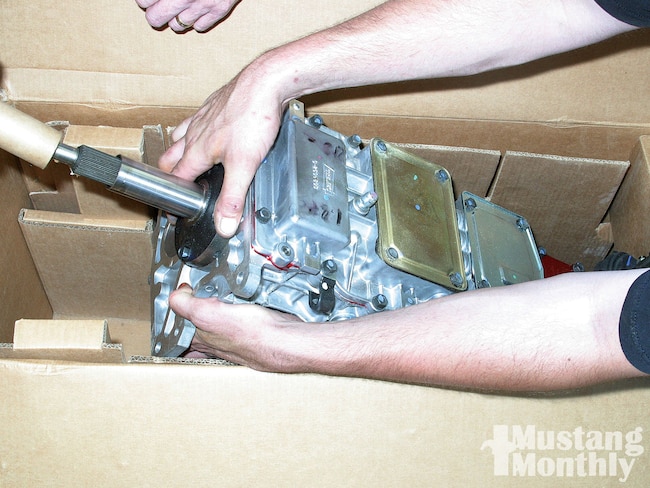 It used to be that transmission selection for classic Mustangs was simple. If you wanted a manual shift, it boiled down to the close- or wide-ratio 3.03 three-speed, Borg-Warner's easy-shifting T-10 four-speed, or the rugged and dependable Ford Top Loader four-speed box in either close- or wide-ratio. These days, it's easy to get cross-eyed with the available overdrive selections. You have a choice of at least three five-speeds and two six-speeds, plus Gear Vendors' overdrive unit, if you aren't content with a four-speed. We're going to show you how to make the best decision for your application.

Gear Vendors overdrive is now available for Borg-Warner T-10 cast-iron and aluminum four-speed transmissions. Just ask for the #3D0T10R overdrive kit for 31-spline output shaft or #3D0T10P for 28-spline. The only difference is the number of output shaft splines.

You will have to have a custom driveshaft made for the Gear Vendor overdrive, which is available from Mustangs Plus. Outside of the shaft, the rest of the package is a no-brainer and easy to install. Gear Vendors overdrive is electronically engaged, either manually or automatically. Manually, engagement happens with the touch of a button. With Gear Vendors overdrive, you can make your four-speed an eight-speed and manually shift like drag racing great Ronnie Sox or cruise automatically into overdrive smoothly at around 40 mph.

T-5 Five-Speed
Ford Racing Performance Parts offers the World Class T-5, also known as the Upgraded Super-Duty T-5 five-speed (PN M-7003-Z), for classic and late-model Mustangs. Although not designed for the 4.6L or 5.4L Modular engines, the T-5 works with a huge range of Ford six-cylinder and V-8 engines. Believe it or not, you can bolt the T-5 to your 200ci six-cylinder if you have a '67-up engine with the larger bellhousing bolt pattern.

The T-5 is a rugged and dependable transmission that can take up to 350 horsepower and 310 ft-lbs of torque before you need to consider the heavier-duty Tremec TKO or 3550. In overdrive, you can expect 0.63:1, which drops engine rpm significantly. At 70 mph with 3.50:1 axle ratio, you can expect 2,000 rpm, depending upon tire size. Cruise all day and save a bunch of fuel with the World Class T-5.

Although it makes sense to buy a new World Class T-5, you have options out there if you're shopping for a used one. Introduced in the '83 Mustang at late mid-year, the T-5 has been available in a wide variety of applications since the early 1980s, including Camaro and Firebird. Those earlier T-5 transmissions had limited torque capacity, around 265 ft-lbs, which isn't saying much if you're running a healthy small-block. Yet this is what you can expect to find if you're canvassing the salvage yards because this transmission was available in the Mustang during '83-'90. When Tremec upgraded the T-5 to 310 ft-lbs of torque in 1990, it became known as the World Class T-5.

Tremec TKO
The Tremec TKO five-speed transmission from Ford Racing is a huge cut above the T-5 in terms of ruggedness and reliability because it is designed to take a lot of punishment. Two basic types are available - the TKO 500 can withstand 500 ft-lbs of torque where the TKO 600 will take up to 600 ft-lb. In either case, the TKO is a drop in replacement for the obsolete TR-3550. It is a bulletproof five-speed transmission designed for racing applications.

When we were planning Project Reclaim, we were thinking about a TKO five-speed, and that's what we ordered from Ford Racing. But when The Restomod Shop was doing sheetmetal work on Reclaim, they modified the transmission tunnel for a T-56 just in case there was a change of heart later on in the project. There was. When we examined the tunnel, it was concluded Reclaim might be better off with a six-speed.

The T-56 is an open-road manual transmission, meaning you have two overdrive ranges that enable you to cruise at Boeing 747 speeds. In most types of driving, you won't get past Fourth or Fifth gear. The T-56 six-speed and that six-speed shifter ball make great attention getters for cool restomods. And if you want low rpm at cruise, sixth gear is the place to be. 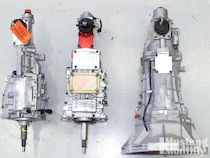 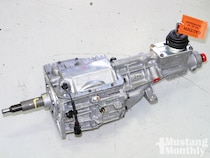 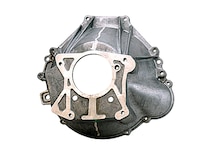 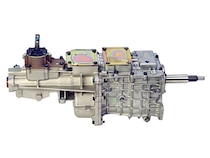 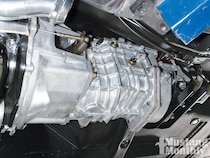 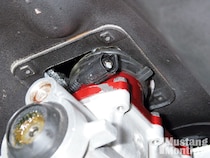 Why buy a new Tremec T-5 from Ford Racing? Because of what it will cost you in time and money to rebuild an existing one unless you're restoring a classic Fox-body Mustang. The beauty of a new World Class T-5 is convenience and reliability. Order one from Ford Racing or Summit Racing Equipment for under $1,400.

If you're going to rebuild an older T-5 transmission, look to D&D Performance in Detroit for most of the parts you'll need for a complete rebuild. At press time, a complete T-5 rebuild kit is $189. Hard and soft parts are also available.

Give It The Boot
Unless you're using a California Pony Cars' classic Mustang shifter handle on your T-5, TKO, TR-3550, or T-56, you're going to need a late-model leather shifter boot to conceal your transmission's shifter. If you're running the classic-style shifter handle, you will probably run a classic-style rubber shifter boot. In any case, we like this leather shifter boot (M-7277-A) from Ford Racing. Once installed, it makes your classic or late-model Mustang's interior look crisp and ready for action. About $81, plus shipping and handling, will put this piece on your doorstep. It can be punched or drilled to match your classic Mustang's bolt hole pattern.