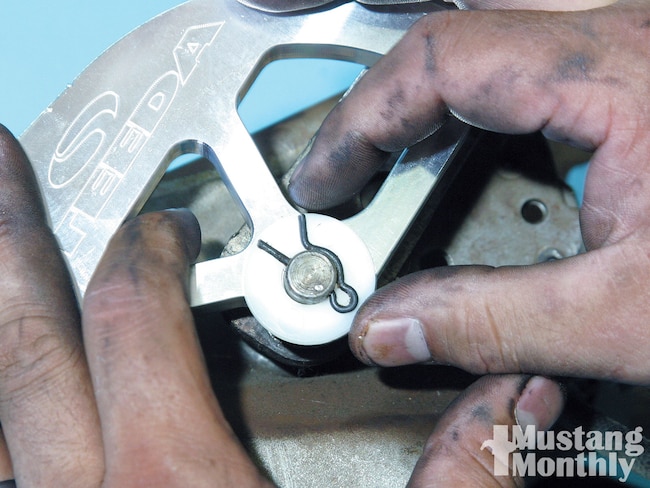 Mustang has had a variety of clutch release mechanisms in its 46-year history. For the '65-'73 generation, the Mustang's clutch release was a bellcrank setup known as an equalizer bar or Z-bar. Beginning in '74 with the Mustang II, Ford went to a cable clutch release mechanism that offered smooth operation with greater reliability. Because the pull-style clutch cable system has worked so well, Ford stayed with it for the '79-'04 Fox-body Mustangs. What made the cable system work so well was its self-adjusting design that involved virtually no maintenance between clutch replacements.

The down side to a self-adjusting clutch cable is the inability to adjust it to your individual liking. Some folks like a clutch that engages low, near the floor. Others like a clutch to grab higher in the pedal travel. This is why Steeda Autosports has developed an adjustable clutch cable system for '79-'04 Mustangs. All you have to do is periodically turn the firewall adjustment if the need warrants. The Steeda system is easy to install, but not easy to photograph, which is why we're showing the installation both on and off the vehicle instead of trying to shoot behind a cramped dashboard.

Gil Roiz of Mustangs Etc. installed the Steeda adjustable clutch system in an '89 Mustang GT convertible that he picked up for $500. It runs and it is in drivable condition, which makes it an excellent value. Because Ford produced so many '87-'93 Mustangs, they're priced right and make terrific projects. If you need to replace the clutch cable or quadrant in one of these cars, it's a great time to upgrade to the Steeda adjustable version. 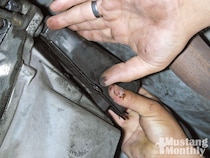 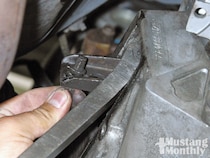 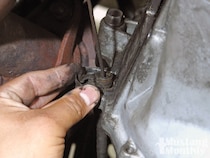 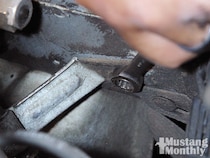 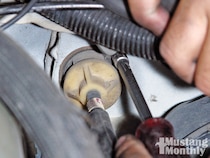 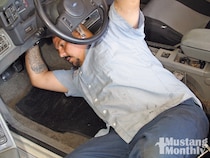 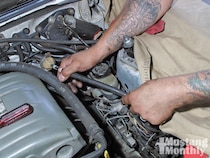 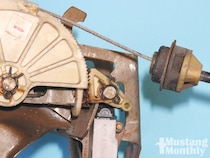 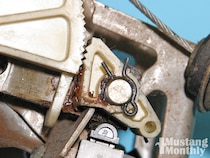 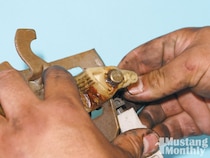 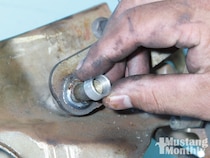 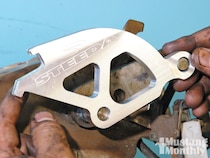 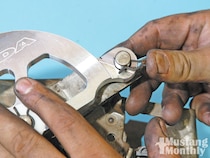 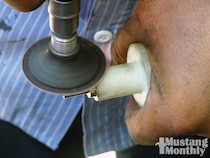 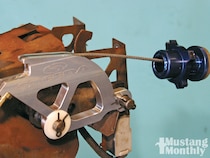 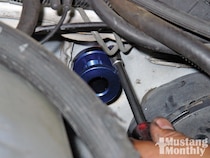 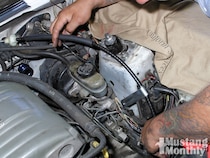 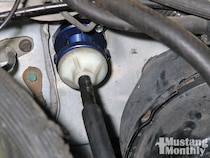 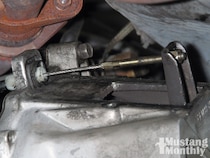