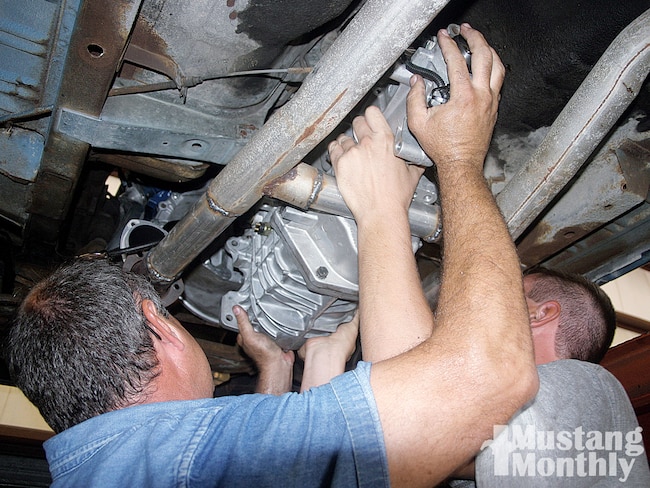 For several years now, owners of '65-'70 Mustangs have been taking advantage of the overdrive capabilities of modern five-speed manual transmissions. But it's been more difficult for '71-'73 Mustang owners to make the swap due to the different clutch linkage. When Wayne Farnham took on the challenge of replacing the original four-speed in Brit White's '73 Mach 1 with a Tremec TKO five-speed, he figured out what was needed, then called us to come over to his Clearwater, Florida, Restomod Plus shop to document the procedure.

For Brit's 351C-powered Mach, Wayne put together a combination of Spec clutch and pressure plate, Tremec TKO, Modern Driveline cable clutch linkage (made specifically for the '71-'73 conversion), and bellhousing, separator plate, clutch fork, and throw-out bearing from the '87-'93 5.0 Mustang. Wayne says the flywheel should go with the engine to maintain balance. Some minor modifications are required to fit the transmission. For example, a section of the transmission tunnel stiffener will likely need to be trimmed for clearance and in some cases the shifter opening in the tunnel must also be trimmed for the late-model shifter. With the Patriot headers on Brit's Mustang, one of the tubes had to be dented to clear the late-model bellhousing's cable ear.

If you're converting from an automatic to a five-speed, you will also need to add the clutch pedal.

As the company name implies, Restomod Plus specializes in vintage Mustang performance modifications. Wayne says that the five-speed conversion is one of the best mods anyone can make to an older Mustang. "It offers much better gear spacing," he says. "And because the engine rpm are lower at speed, it's quieter. Some owners start hearing noises that they couldn't hear before. The newer five-speed also offers better shifting with its internal shifter, unlike the old four-speed shifter with linkage hanging everywhere." 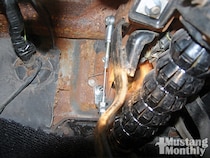 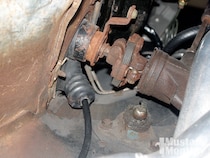 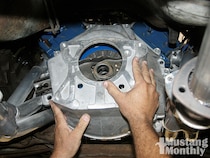 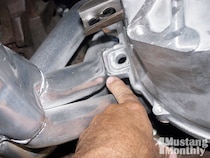 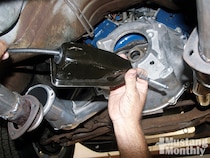 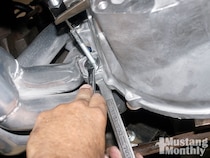 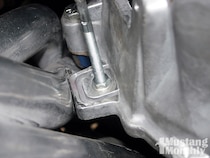 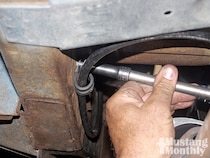 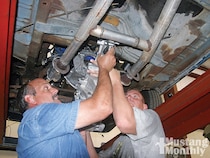 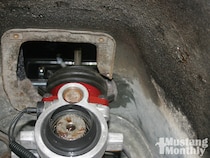 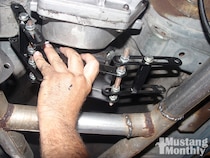 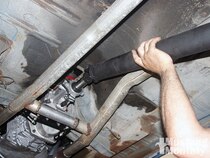 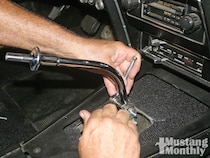 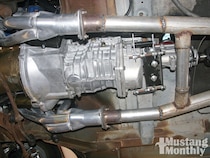 Pedal Trick
Wayne Farnham says that one of his pet peeves is clutch pedals that ride too high. During our Tremec five-speed conversion, he showed us his trick for matching the clutch pedal height to the brake pedal. By using a simple hood bumper mounted to the clutch pedal assembly, you can adjust the clutch pedal's range of motion. Depending on the pedal assembly (this works for all vintage Mustangs, not just '71-'73s), you may be able to use an existing hole. Or you can drill a hole for the bumper stud. In some cases, Wayne adds a bracket to mount the bumper.