How To Install a Five-Speed in Vintage Mustangs 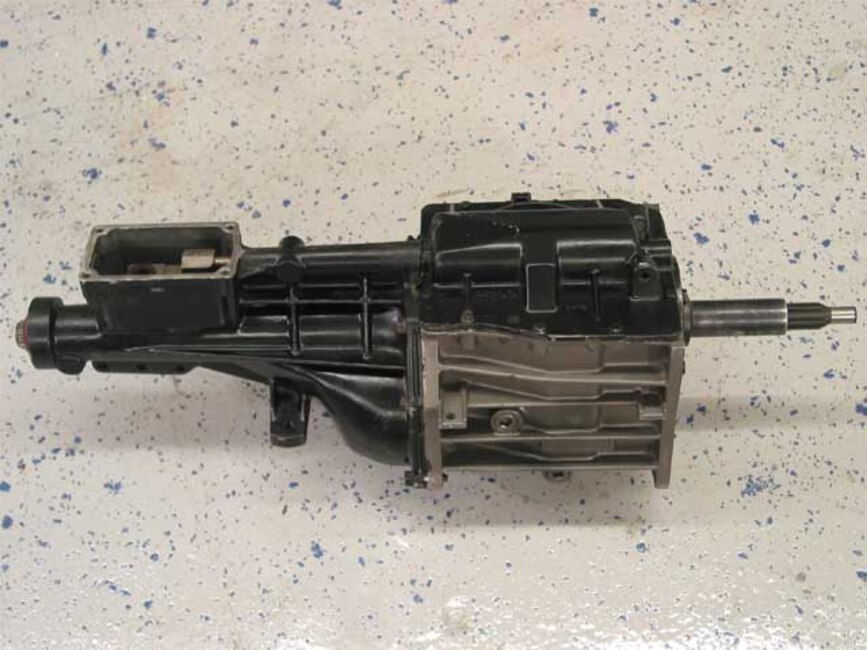 1. A freshly-rebuilt Platinum Torque T5, available from NationalDrivetrain, carries a 12-month unlimited-mileage warranty. These units,basically in new condition, come ready to go except for a T5 shifter.You can go with an aftermarket shifter or simply install a stockFox-body Mustang T5 shifter such as the one we obtained from MustangCountry International. 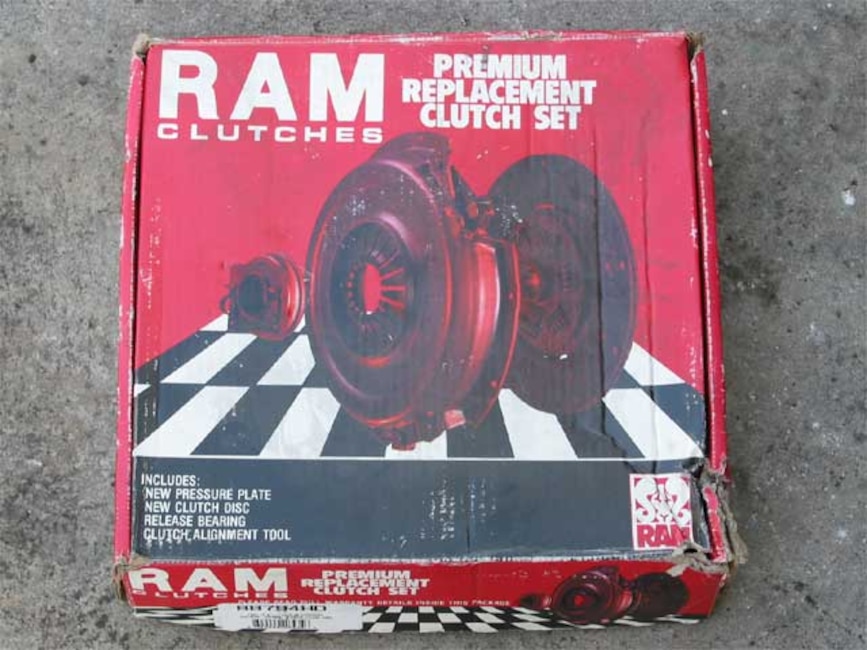 2. National Drivetrain also offers a full line of Ram Clutches,which we installed since the car was going to be taken apart. Aclutch-alignment tool is also included. If the existing clutch in yourcar is in good shape or recently replaced, you're all set since astandard early-Mustang clutch will work with the T5 and the CaliforniaPony Cars adapter plate. 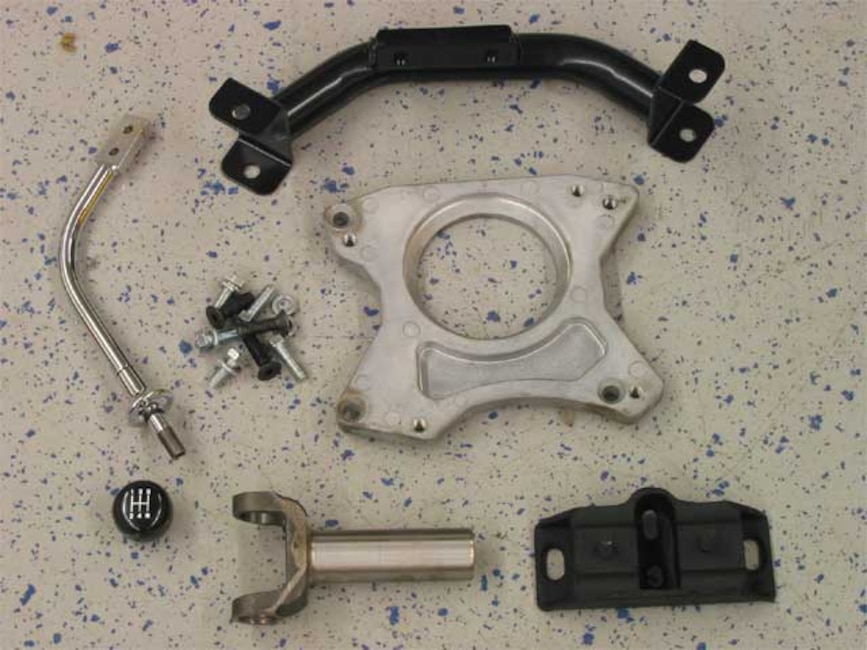 3. These are the pieces you need to install a T5 into a vintageMustang using a stock bellhousing. Available from California Pony Cars,included here from top to bottom are a T5 crossmember, an adapter plate,a T5 yoke, and a new transmission mount. Also shown at left are avintage-style shift handle that bolts right up to a T5 shifter, and avintage-style shift knob with a five-speed shift pattern embossed on it.To complete the puzzle, the yoke is installed on the existingdriveshaft, the driveshaft is shortened one inch, and two holes aredrilled into an existing Top Loader bellhousing--all of which can beaccomplished by a reputable automotive machine shop. We were able tohave the yoke installed, the driveshaft shortened, and the bellhousingmodified by a local shop in one day. California Pony Cars can alsosupply a modified Top Loader bellhousing.

Swapping a five-speed manual transmission into a vintage Mustang is a popular resto-modification for many enthusiasts. In fact, we imagine hundreds of you have already performed the swap. Of all the modifications you can do to an early Mustang to improve its fun-to-drive quotient, we think this is the single best upgrade you can incorporate--especially if you want to turn a car into a truly viable high-speed, long-distance touring machine.

Which would you rather do--drive on the highway in Fourth gear at 2,600-3,000 rpm, or drop into Fifth at 1,800-2,200 rpm? It's an easy answer for us. Any regularly street-driven vintage Mustang with an automatic benefits greatly from an AOD, and any stick-equipped car does the same with a five-speed.

There are several ways to go if you desire a five-speed manual in your '65-'73 Mustang. That's why we thought a review of the process and a step-by-step look at the method we chose were in order. With a T5, you can use a late-model T5 bellhousing along with a cable clutch linkage conversion kit, or you can use the car's existing four-speed bellhousing and run an adapter plate to join it with a T5. In the case of our subject car, we went with the latter.

The conversion shown here was done on a '69 fastback equipped with a 351W and a Top Loader four-speed. If your car already has a manual transmission, you can procure the parts for the swap from California Pony Cars. As for the transmission itself, National Drivetrain is an excellent resource, with its Platinum Torque line of rebuilt transmissions, including the venerable T5 five-speed, as used in some form or another in Fox-body/SN-95 5.0s from 1983-1995. We've already driven the car extensively with the Platinum Torque T5 in place, and it shifts and functions as new. What's more, there's a full one-year warranty included, and you'll save about $200 over the cost of a comparable brand-new T5.

Any vintage Mustang with a 260/289/302 or 351W small-block can be fitted with the same components we used to get this '69 SportsRoof cross-country worthy.