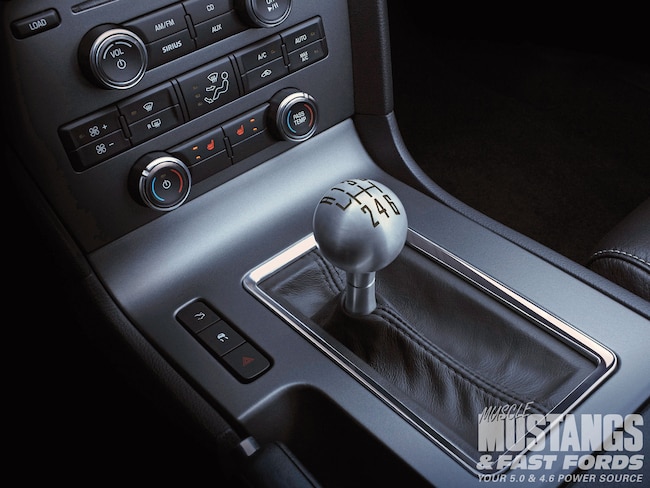 The '11 Mustang GT with its 5.0L Coyote powerplant and Getrag six-speed manual transmission is unquestionably the greatest Mustang GT ever built. With 412 hp and a 7,000-rpm redline, it's as quick as a stock Terminator. Like the Termies, it also has a six-speed gearbox. But unlike its SVT-produced predecessor, the '11 GT only has one overdrive gear, making Fifth Gear 1:1 (direct drive). This allows the engine to stay in its power band (rpm range where it makes the most power) for quicker acceleration.

But if there's one complaint people have made of the new '11 Mustang GT, it's the shifter. I've heard some say that it's spongy, and others complain that it's hard to find Third. Personally, I like the way the stock shifter feels, but I'm part of a small minority.

Thankfully for the goliath majority, aftermarket companies like Barton Industries fills the need of a short-throw shifter-for less than $300. Barton Industries is new to the Mustang aftermarket and was the first company to send us a sample of its product for the '11 GT. Like we always do, your MM&FF staff couldn't wait to install it.

Shifter in hand, we headed to Lamotta Performance in Longwood, Florida. Being one of the aforementioned majority, Jake Lamotta was more than happy to install it on his '11 GT. Follow along with Lamotta as he installs the shifter. 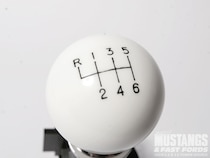 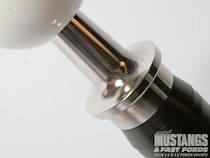 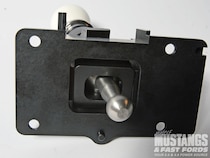 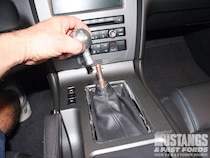 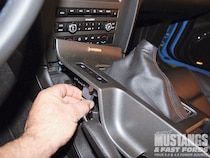 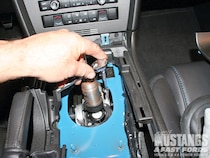 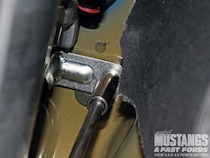 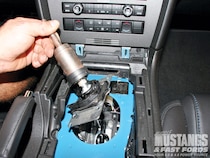 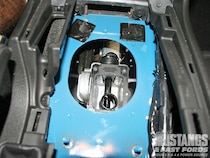 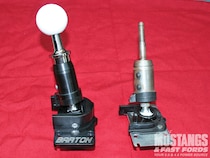 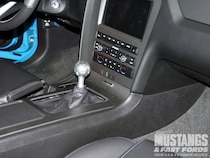