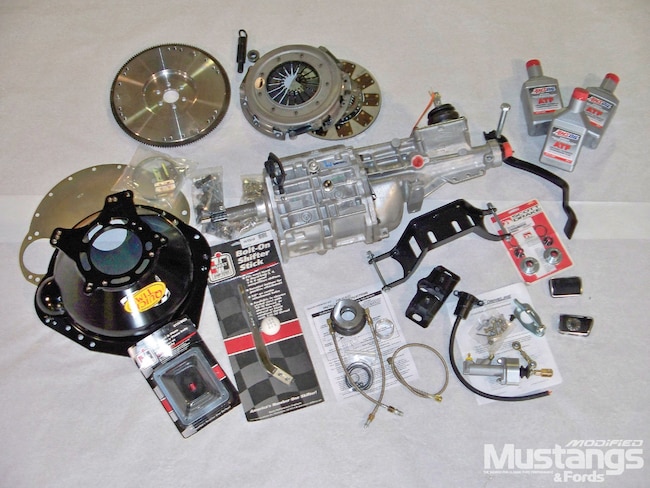 It seems like every few years, the OEMs are able to tack on another gear to the latest transmission offerings. For the longest time, an overdrive automatic meant a four-speed box. Then the five-speed automatic arrived; and now Ford (and others) is offering six-speed automatics in everything from performance cars like the Mustang to crossovers and even fullsize trucks. The same thing has happened on the manual transmission side of the landscape as well. First came the four-speed overdrives, then the infamous T5 five-speed-which could be found in everything from the Mustang and Camaro to S10 pickups and even the AMC Eagle. Eventually the six-speed manual transmission debuted in high-end performance cars like the Mustang Cobra, Dodge Viper, and Corvette. Now we're seeing six-speed overdrive transmissions in everything from front-wheel-drive commuters to the new Mustang (even the base V-6 model). Suffice it to say, in the name of efficiency and economy, the overdrive transmission is a must-have for today's driving enjoyment and speeds.

Now getting an overdrive transmission into your classic Ford has never been easier. Over the years, the popular overdrive swap has really progressed from a junkyard crawl job with plenty of fabrication, to a one-click or one-call ordering that shows up at your door ready to bolt in. We understand that there is some satisfaction in finding the parts from newer Fords and swapping them in, but the major parts are getting harder and harder to find in good shape. The last T5 installed in a small-block Mustang was 1995; that's 15 years ago (and the '94-'95 transmissions have their own installation issues due to longer input shafts). A mid-'90s T5 usually needs a complete rebuild and you still have to source other parts and/or fab your own, including a crossmember, clutch linkage, cable or hydraulics, and more. Not to mention the parts are rusty, greasy, and generally in poor condition.

This is why we opted for the one-call scenario and grabbed the phone to contact Bruce Couture's Modern Driveline. Bruce has been making all manner of classic Fords more enjoyable to drive for many years now with his manual transmission overdrive kits. They include all new parts for a simple bolt-in project that you can accomplish in your home garage in a weekend (or less).

Modern Driveline's package deals are the best way to go, as you are assured to get everything you need for your conversion, from the flywheel to the driveshaft, and not have to make a zillion parts store runs. If you've already scored a transmission or other hard parts and only need a few, hard-to-find items for your conversion, fear not, Modern Driveline can hook you up with everything from speedo cables to shifters and more. For our '69 Mustang swap, we went with one of its complete T5 conversion packages with a few select upgrades, including an SFI bellhousing, hydraulic clutch actuation, and a cool retro-look Hurst shifter. New Ford Racing T5 "Z" transmissions start at $1,295, and depending upon what options you go with, complete upgrade packages average around $2,500. Check out our upgrade in the following photos and you can see the total cost of our special-order package in the included sidebar. 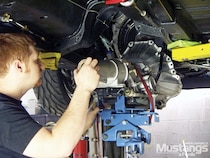 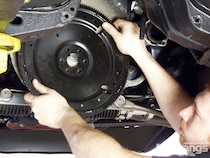 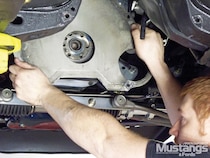 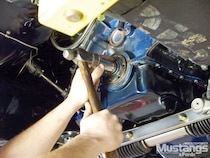 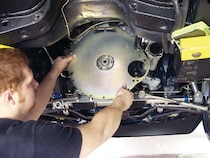 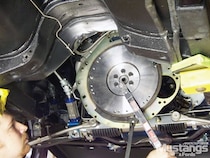