The Clutch Safety feature makes sure that a shift isn't attempted while the clutch pedal is not depressed. This requirement can be met with either a mechanical switch or an inline hydraulic pressure switch. The paddle shifter is wired with a OneWire board and can be used on vehicles with most aftermarket steering wheels and steering columns. Complete systems for five-speed manual transmissions start at $3,100. 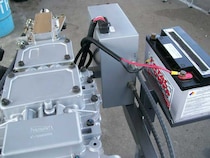 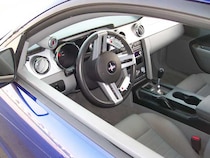