Check out Bob's Axle Reservoir, its a really cool upgrade for performance-driven '05-up Mustangs. 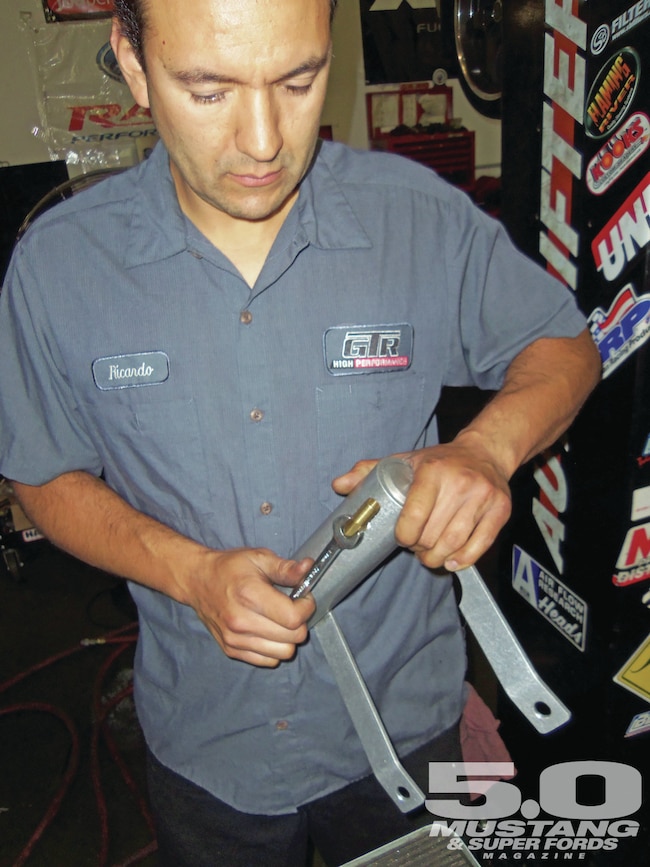 Road-racers..autocrossers…time-attackers…corner-carvers…this is your moment! Well, it might not be your moment, exactly, but now that we've got your attention, you really need to focus on the subject of this month's Tech Inspection—a cool, simple axle reservoir from Bob's Auto Sports.

The reservoir ($129.99), patterned after the OEM canister installed exclusively on Ford's Shelby GT500 KR models, is designed to serve as a safety device for hard-driven S197 and newer 'Stangs. It collects hot axle fluid as it expands, and deposits it back in the axle housing once the fluid is cooled down.

When pressurized under extreme driving conditions, rearend lube will leak from the vent port on the axle housing, and fluid also has a tendency to exit through the wheel bearings on the newer Mustangs. This reservoir eliminates such leakage and prevents potentially dangerous conditions by keeping oil off the track or road.

There really isn't much more to say about Bob's axle reservoir, other than letting you know that it's a really cool upgrade for performance-driven '05-up Mustangs. The system is basic but effective, and it can be installed quickly using a small assortment of handtools.

Bryan Verbancic's S197 is decked out with an array of Steeda suspension pieces that keep his ride hugged down when he bombs through SoCal canyons. The crew at GTR High Performance recently upgraded the rearend housing on Bryan's ride (welded axle tubes), and we were on hand as the Bob's Auto Sports' axle reservoir joined the party. 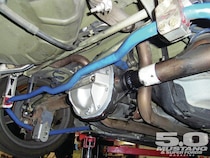 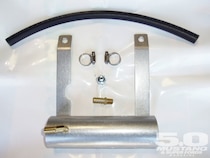 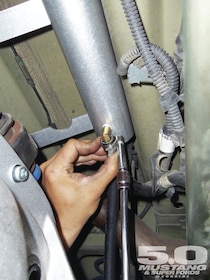 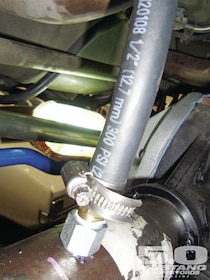 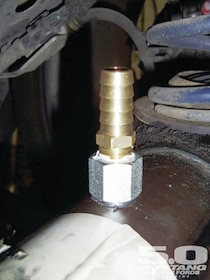 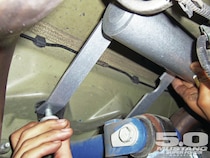 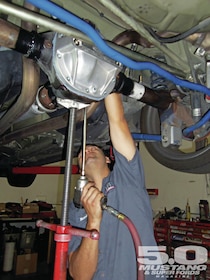 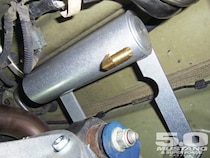 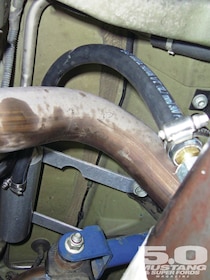