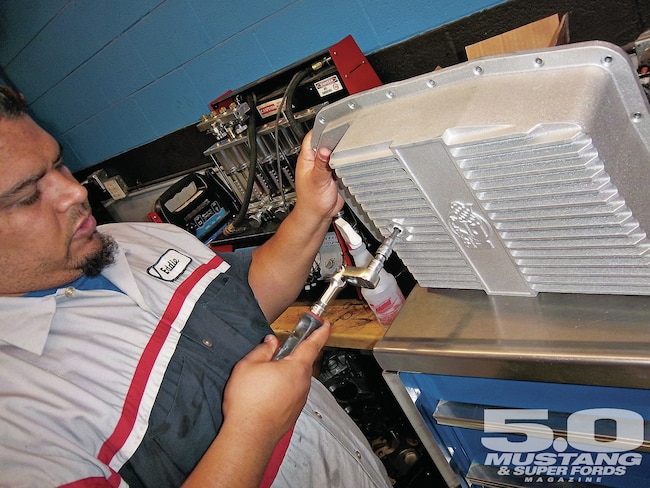 We've been saying for quite some time that on a pound-for-pound level, Coyote 5.0-powered '11-'12 Mustang GTs are the best standard-issue 'Stangs to roll off Ford's assembly line.

Seriously, it doesn't matter whether you're old school or just coming on the scene, today's GTs are Mustangs that none of us would ever turn down. Yes, from a production standpoint, all performance and appearance bases on '11-'12s are totally covered, and much better than they were on V-8 Mustangs of earlier platforms.

Thus far, the lion's share of '11-'12 Mustang GT upgrades we've presented in Tech Inspection have centered on improving the cars' driving performance through such parts as cold-air-induction systems and replacement shifters for the Getrag MT-82 manual transmissions. The manually shifted six-speed is by far the most popular gearbox for the new 5.0s. However, tests and seat time in automatic 'Stangs prove Ford's 6R80 auto trans doesn't give up much, except manual shifts--not even on the dyno.

In our tests with the '05-'10 4.6-liter Mustang GTs featuring 5R55S automatics, we learned that adding a higher-stall torque converter is a can't-miss driveline upgrade that works wonders at getting heavy S197s to accelerate quickly from a dead stop. With '11-'12 'Stangs not any lighter than their predecessors, this theory also holds true for new Ponies equipped with the 6R80 unit.

Although it sits in a 'Stang's underbelly and won't be seen unless your Pony pulls massive wheelstands, PA's new pan is a super-clean cast-aluminum piece that increases fluid capacity by 3 quarts, and actually adds strength and structural integrity to 6R80 transmissions. The upgrade is complemented by a slick locking dipstick setup that makes checking levels and adding fluid a lot easier for Mustangs that undergo converter swaps or other transmission surgery.

Read on through the photos and captions detailing the pan swap and installation of the locking dipstick. DIY-capable enthusiasts can complete the entire operation in about two hours, and provided you can raise the car high enough to remove the stock transmission pan without creating a huge mess, basic handtools are all that's necessary. 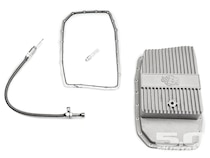 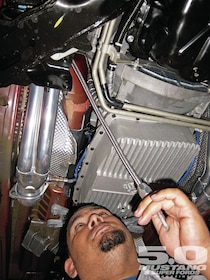 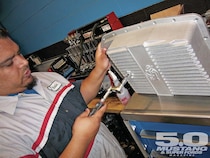 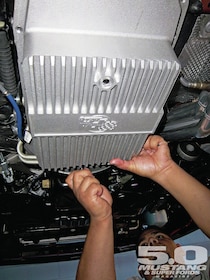 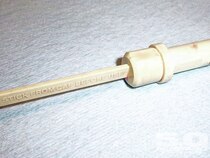 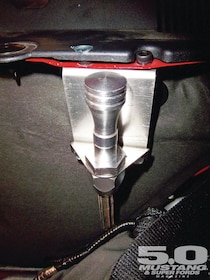