Not that we're holding our breath or anything, but, maybe one of these years, Ford will understand the importance of a shifter. Perhaps it's because our tastes are a bit more aggressive than those of an NVH engineer, or that there's money to be saved on shifters. Either way, adding an aftermarket shifter is one of the most effective ways to make your driving experience more fun.

Being the extremely particular, borderline-fanatical Shelby GT500 owner that he is, Editor Steve Turner has decided to put ease, smoothness and fun into upshifting and downshifting PVT, by installing the MGW unit ($350) and Ford Racing Performance Parts' stainless-steel, clutch-fluid line (PN M-7512-A; $219).

Long-awaited by enthusiasts, MGW's '07-'10 Shelby GT500 short-throw shifter has similar qualities to its five-speed/S197 predecessor, which we've reviewed in previous issues. Like that piece and the new shifter that Big Steve selected features variable-throw technology that allows drivers to fine-tune the shifter's throw distance from just a bit shorter than stock to almost half that of the stock unit.

"The addition of the MGW shifter provided a night-and-day improvement in the way PVT shifts. This is the first external shifter that makes the car feel like it has a short-throw, internal-rail shifter," Steve explained. "Likewise, the addition of the FRPP clutch fluid line really cleaned up the feel of the stock clutch, making it feel more linear and smooth."

Matt Larue of ProFab Performance performed the shifter swap for our fearless leader. Read on through the following photos and captions for a closer look at the process. 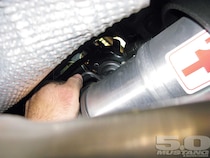 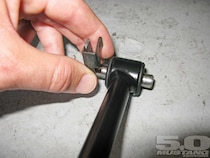 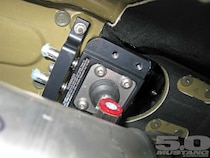 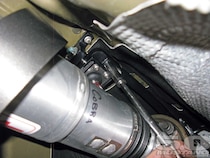 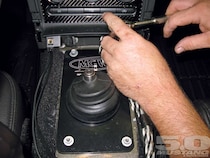 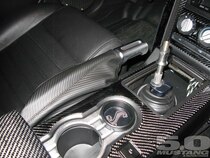 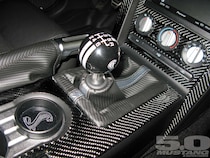 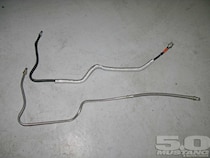