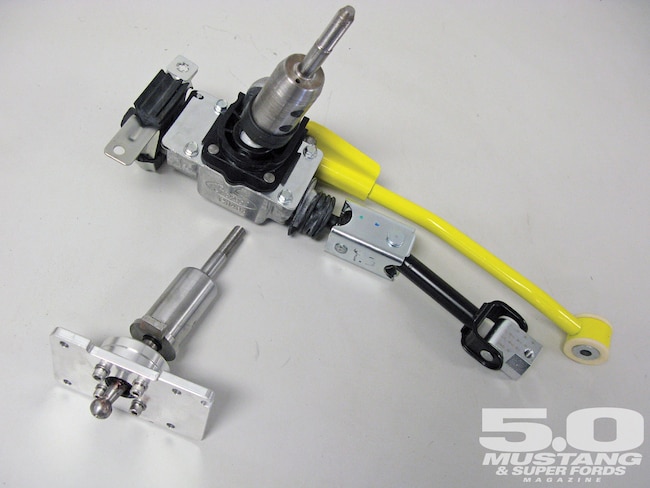 The 2011 Mustang GT's new parts express is out of the gate and already building up major steam. A nice array of bolt-on parts is available right now, and many more upgrade pieces are in various stages of development. Steeda's new Tri-Ax shifter assembly for Coyote- and V-6-powered Ponies (PN 555-7312; $214.95) is the latest here-and-now product to receive a "5.0-first" exclusive release, and our own Editor Steve Turner wasted no time getting up to the company's Valdosta, Georgia, campus to check it out.

The Coyote's high rev limit and subsequent 370-plus rear-wheel horsepower have been the 2011 'Stang's most-talked-about highlights thus far. However, the extra (Sixth) gear in the Getrag MT82 transmission is an equally exciting addition to new Mustang's drivetrain. As it has been with Mustangs of prior years, the factory-installed shifter in the latest GT leaves a ton on the table when it comes to the short-throw crispness that one would expect in a car like this.

Our fearless leader captured the accompanying images of Steeda's Chad Kroll bolting the latest addition to the Tri-Ax lineup in the company's in-house '11. If you think the new CNC-machined shifter looks quite similar to its OEM counterpart, you're right. The trick, short-throw (20 percent reduction) science is in the upper/handle portion of the unit, which bolts directly onto the factory base via basic handtools and whaterver means available for raising your 'Stang to a sufficient height to perform the minimal underbody installation tasks.

Big Steve had a great opportunity to spend a week's worth of quality time with Steeda's upgraded Pony and he offers a few insights on the Tri-Ax's reduction in throw, reverse lockout functionality, and a most importantly, the shifter's "feel" when gears are engaged.

"The Steeda Tri-Ax is like steroids for the stock shifter mechanism. It amplifies what's already there by bestowing shorter throws and more feel without throwing the stock shifter's NVH out the window," Steve said. "In short, it's just what the shift doctor ordered for the preponderance of street 'Stang owners." 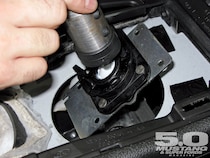 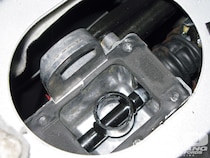 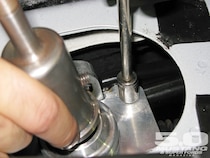 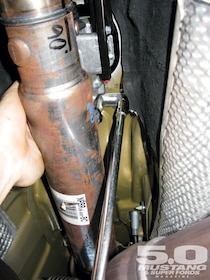 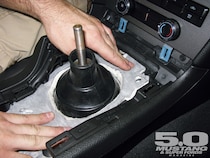 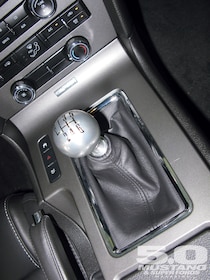