Our LX Coupe's 8.8 Rearend Gets 3.73 Gears, Moser Axles, and a Detroit Locker/Tractech Differential 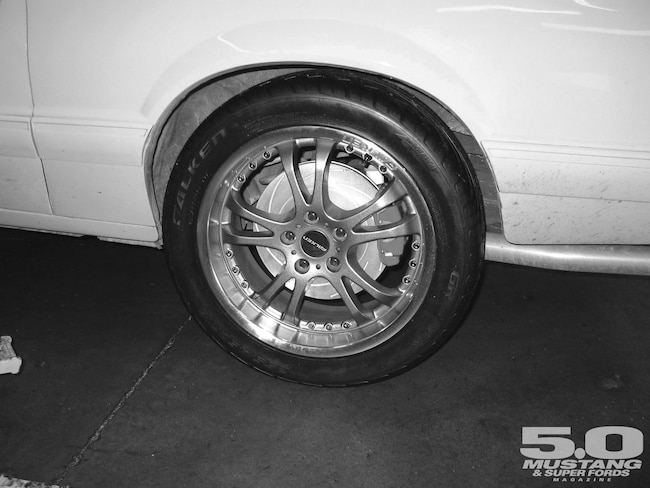 Horse Sense: Tractech was known as Detroit Automotive Products until 1979. Obviously well known for making the Detroit Locker differential, Tractech still provides many of the differentials available in production vehicles, as well as many found in the Ford Racing Performance Parts catalog. Detroit Locker/Tractech has operations in Madison Heights, Michigan, and Sligo, Ireland.

We've said it before and we'll probably say it a million more times-a gear swap does wonders for the performance of your Mustang. Whether you have a Fox Mustang saddled with 2.73 gears or a new '05 with 3.55s, changing out the factory rear gears for a steeper (higher numerically) set of cogs will pay big dividends in the acceleration of your Mustang. In our case, we had a Fox Mustang LX in desperate need of performance gears, as well as a new differential and axles.

Thankfully, our former four-cylinder coupe already boasted an 8.8 rear prior to purchase, but as with so many Fox Mustangs from the factory, it was saddled with highway-friendly 2.73 gears. We're sure to get called sissies for not stepping up to 4.10s, but we chose to add 3.73 gears to the car-specifically, 3.73 gears from Moser Engineering, along with a pair of its 31-spline, Fox-length, five-lug axles. We didn't choose 4.10 or even 4.30 gears as the car might see dragstrip action only once a month. The rest of the time, it'll be blasting down the highway or down the backroads at Mach 2. We didn't want to be stuck cruising at 3,000 rpm at 65 mph.

If you have a modular Mustang, you may want to choose a numerically higher rear gear if the dragstrip is where the car's going to see the most action. And, modular Mustangs seem to like 4.10 or 4.30 gears due to their heavier weight and lack of bottom-end torque. But we've seen plenty of modular Mustangs hustle down the road with 3.73 gears, so it's a matter of personal preference. To help with your decision, ride in, or drive, a couple Mustangs with either 3.73 or 4.10 gears and see which suits your needs.

That's what our buddy Allen Colding did prior to swapping gears in his '89 LX coupe. Allen was unsure whether to add 3.55s or 3.73s to his car. We told him he'd be wasting his time with 3.55s and to go straight for 3.73s. After we installed 3.73s in our LX, Allen took the car for a spin. He liked the results and did the same in his coupe. He's now enjoying his newfound traction problem, and his 13-second timeslip.

Installing numerically higher rear gears in your Mustang increases the engine's torque multiplication, a factor that takes the engine's torque and multiplies it by the rear gear ratio, combined with the gear ratios in the transmission. Obviously, a numerically higher rear gear will multiply the torque at a faster rate, giving your Mustang quicker acceleration. Torque multiplication is greater in the lower gears of both automatic and manual transmissions because the gears are higher numerically, compared to Fourth and Fifth gears in an automatic or manual transmission. That's why the car accelerates quicker in the first couple gears, as compared to when it's in Fourth and Fifth gears.

In addition to our Moser gears and axles, we wanted to check out Detroit Locker/Tractech's Truetrak differential. The Tractech parent company has been around for only a few years, but separate entities, now under the Tractech name, have been working on Detroit Locker technology for 50 years. For future reference, Tractech components are destined for original equipment applications, while the Detroit Locker name covers the performance aftermarket. The Truetrak differential is a limited-slip unit, using three sets of helical gears. It works on torque bias, meshing together to provide positive torque to the side gears, which goes right to the axles and tires. The Truetrak is a wheel-speed differential-when one wheel is slipping, power is taken away from that wheel until it gets traction. Then, the power comes back to both wheels. The Truetrak utilizes a hardened-steel case and is available in both 28- and 31-spline axle applications.

To handle the installation of the rearend components, we looked to J&J Performance in Fort Myers, Florida. J&J owner Justin Nelson and lead tech Nick Carosiello carried out the installation with ease. J&J also performed our rear brake installation at the same time as the gears, differential, and axles. With a noise-free result, we believe J&J knows what it's doing. Check out the captions.

Fast Times, Or Not

Prior to stepping up and installing the new rearend components, I was able to take my coupe to Lakeland Motorsports Park near our offices in Central Florida. I had no clue as to what the car would run, but I've owned several stock 5.0 Mustangs in the past, so I sort of knew what to expect.

Lakeland Motorsports Park is an eighth-mile dragstrip, so I was hoping to run in the mid-9s. And that's exactly what I ran-a 9.6 and then a 9.5. Nothing to be proud of, but I did beat two other 5.0 Mustangs boasting a lot more bolt-ons than my coupe. With 2.73 gears in the car, I only had to use the Hurst shifter once going from First to Second gear, and just wind it out. The night I took the car to Lakeland was mild, with temps in the mid-70s. At the time, the car had 2.73 gears, a Hurst shifter with a pistol-grip handle, a BBK 70mm throttle body, and Weld big 'n' littles with no-name 265/50 street tires out back.

After J&J Performance swapped the gears, I skipped going back to the eighth-mile, and instead attended a Runday Sunday at Bradenton Motorsports Park, home of the NMRA opener each year. Bradenton is a quarter-mile track, and I was hoping to run even quicker with the new gears. But, while most of you up north are beginning to cool down in September, here in Florida it's still warm, and at Bradenton that Sunday, it was in the mid-90s. Not the best weather for quick times, but I had to play the hand I was dealt.

I tried to let the car cool down after each pass, and you better believe a bag of ice was on the intake as well. The day didn't start out well, with a 14.73 at 93 mph. But I wasn't about to give up. My 60-foot time wasn't bad, with a 2.17, so I knew a more aggressive launch was needed. Keep in mind that I added Falken 18-inch wheels and tires to the car and they were hooking good off the line. The next pass was a bracket-car-special 14.73 at 92 mph. I let the car cool and let the ice do its job before I made another attempt. My next pass came at 11:30 a.m., and the temperature was growing warmer. I ran a 14.65 at 93 mph, with a 2.15 60-foot time. Up to this point, I had not been powershifting so that I could become consistent. But frustration was setting in, and the only thing left to do was to drive it like I stole it.

Yes, I know your stock '90 GT ran a 13.98 at 97 mph right off the dealer lot and with the plastic still on the seats, but I don't think 14.30s are too bad for a former four-cylinder coupe with a stock engine, with who-knows-how-many miles on it, and an automatic computer with no tuning. Of course, those times are sure to fall on a regular basis as gears are just the beginning for this little coupe. Stay tuned. 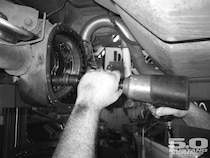 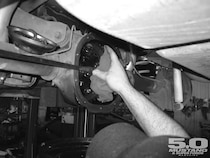 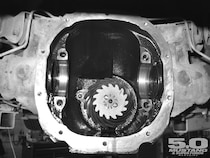 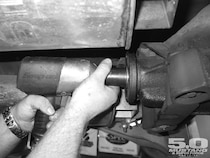 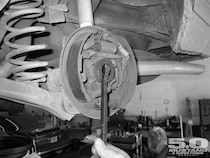 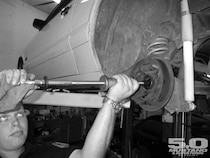 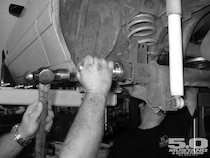 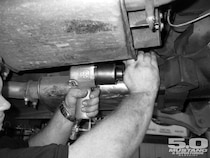 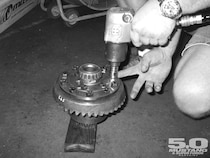 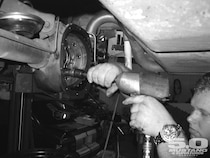 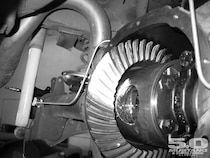 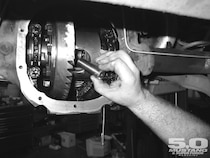 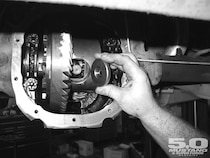 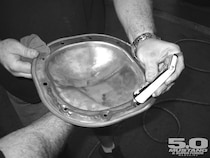 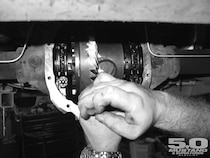 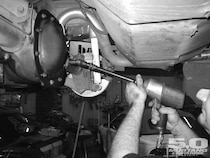 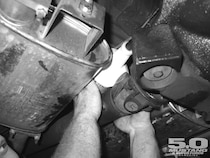 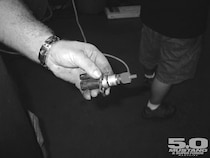 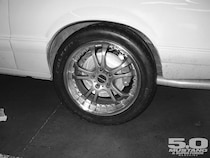