Installing Fully Adjustable Control Arms And Strut Rods - How To

Although the most popular Mustang generation has always been the stunning original, the '65-'66 models have never been the easiest to service and maintain. In 1964, the Mustang had a long way to go in terms of engineering refinements. 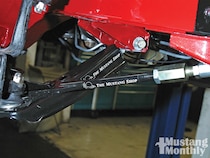 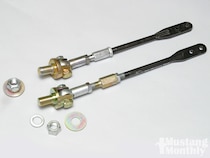 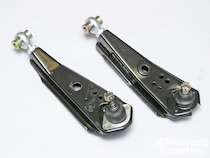 One example is the Mustang's Falcon-based front suspension, a rather crude coilover, upper arm design that has been long despised by front-end alignment specialists. Adjusting caster and camber requires installation and removal of shims between the upper control arm and shock tower. Adding shims moves the arm out (positive camber), while subtracting them moves the arm in (negative camber). Adjusting camber involves moving the entire arm in or out to achieve positive or negative camber. Caster is adjusted by adding or removing shims to move the upper ball joint fore or aft to achieve positive or negative caster.

After servicing vintage Mustangs for many years, the Mustang Shop of Arizona spent six years developing their fully articulating lower control arm and strut rod kit for '65-'70 Mustangs. In addition to making front-end alignment easier, the system also improves handling. The result is easy to install and will outlast your Mustang's original lower control arm and strut rod. Once installed, no one knows it's there but you. 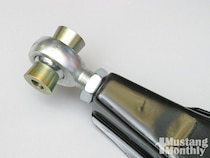 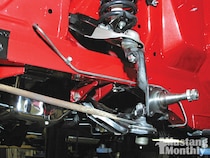 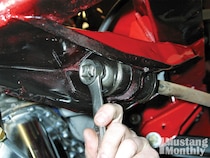 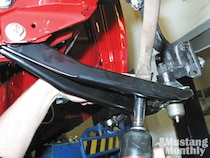 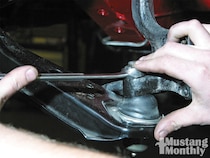 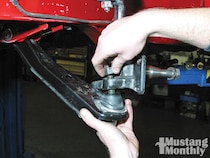