How To Tie Down Your Mustang 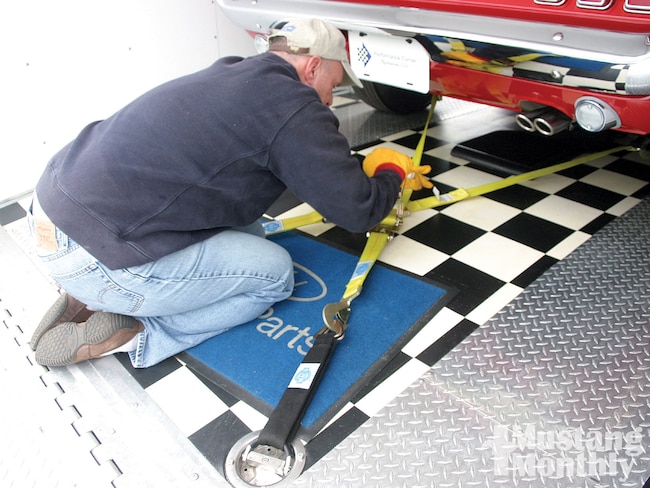 It's not easy to impress Mustang Club of America technical consultant Bob Perkins. But that's exactly what Don Goebel did when he delivered Christopher Lemp's '69 Mach 1 to Perkins Restoration for the last year's MCA judges meeting. Not only was Bob impressed with the restoration of the CJ Mach by Goebel's Performance Corner restoration shop, he was also impressed by Goebel's method of securing the Mustang inside his enclosed Featherlite trailer.

As an MCA judge, Bob has seen the damage that can be inflicted by straps and hooks on the perfectly detailed undersides of concours Mustangs. Even worse, an improperly secured Mustang can move around within the trailer, causing damage to bumpers, fenders, and quarter-panels. Goebel's system securely ties down the Mustang while also preventing damage to the undercarriage and suspension. He even outfits his trailer to prevent damage to the person loading the car.

"One other thing I would recommend is quality straps," Don says. "Always use the best ones you can buy-not the ones you find at swap meets." Don uses straps, hooks, and ratchets made by Mac's Tie-Downs, which offers straps in standard or custom lengths. "They're made in the USA," Don adds, "and they're the best straps I've ever owned. They sell them individually or in kits, and they'll usually throw in a duffle bag to put it all in."

Bob Perkins adds a couple of other tips: "If your Mustang is still equipped with the factory tie-downs at the rear, don't cross the straps when using them as tie-downs because they can bend. I saw a Boss 302 one time where the hook bent so much that it punctured the side of the gas tank. Also, don't load the springs. Truck drivers think the car should not move, so they load the springs so tight that sometimes they collapse. That's just the way the truck industry does it, but they're not hauling show cars."

Of course, you will need to adapt your tie-down procedures and equipment to your specific Mustang and trailer, but the guidelines here from Don Goebel and Bob Perkins should give you some ideas to protect your Mustang when hauling it to shows. 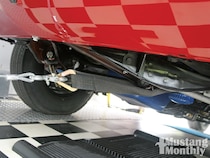 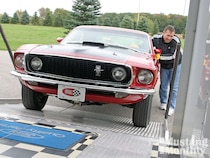 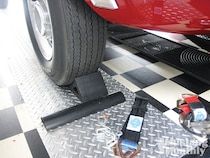 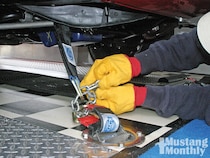 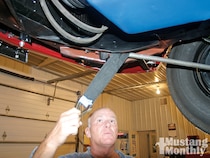