Because '94-'04 Mustangs from the factory look as though they're riding on stilts, one of the most popular modifications for these Fox-body 'Stangs is dropping the stance with lowering springs. It's a great mod, and it provides the extra benefit of improved handling, especially in conjunction with performance struts and shocks. In fact, it's highly recommended to replace the factory struts and shocks with performance versions, such as Tokicos-otherwise, the suspension can bottom-out on highway dips and bumps.

Another recommended modification is aftermarket caster/camber plates. Lowering a Mustang changes the suspension geometry beyond the adjustment capabilities of the factory strut plates, which don't allow caster adjustments at all. Without proper alignment, you can expect accelerated tire wear and less than optimum handling. The answer is performance caster/camber plates, as offered in several configurations from Steeda Autosports.

In a different twist on our usual installation at a professional shop, this time the caster/camber plates were installed on my son's '02 Mustang GT in the home garage. Matt had previously installed Steeda lowering springs and Tokico struts/shocks, only to experience accelerated front-tire wear because of the inability to align the frontend within specifications. With the help of his buddy Jeff Johnson, along with Matt's air compressor and a borrowed impact gun for removing the strut nuts, we had the Steeda caster/camber plates on the car within 45 minutes. The local tire technician was thrilled to see adjustable caster/ camber plates when we delivered the car for its alignment, and Matt is happy to know that his new Nitto NT-555 Extreme tires, also acquired from Steeda, will last much longer now. 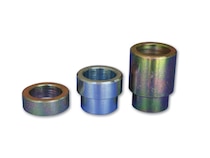 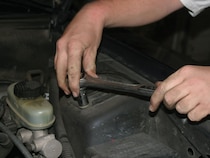 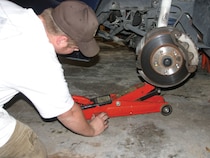 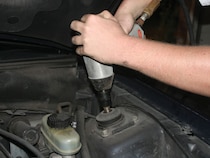 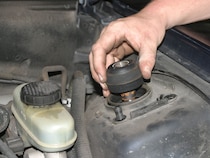 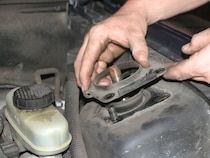 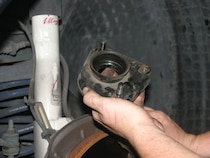 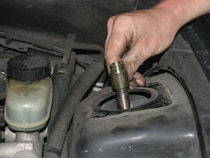 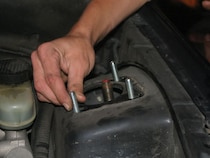 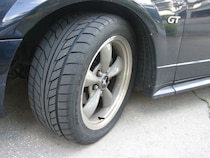 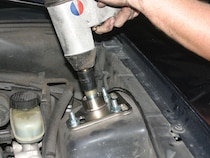