Though It Is More Difficult Each Year, We Look To See What Makes A '65-'66 GT

Jeff Ford
January 1, 2000
Contributers: Jeff Ford
One of the best indicators of originality on a GT or any Mustang for that matter is the door data plate. This door data plate shows signs of wear, but it also has the incorrect rivets as well, making us suspicious. Of course, the door tag needs to match the VIN on the inner fender. A good tip to see if the VIN has been replaced is to look under the fenderwell and see if the area around the VIN has been tampered with.

The venerable and vaulted GT suffers under some of the same angst as other high-performance vehicles. There are probably, per capita, more GTs on the road today than there were when the cars were new. Who can blame the copycats? After all, these cars fetch more money than a standard fastback or hardtop-not only that, but also the GT carries a mystique that draws people.

Even so, when you are out there trying to buy into that mystique, you don't want your purchase to be a Johnny-come-lately or some cobbled-up mess-you want the real thing. Obviously, as fakes go, there are cars that range from poorly done to well done. What is really scary today is that the knowledge on these cars is so great that good fakers can fool even the best experts. All the parts are certainly available to do it, too. You can get all the badging, exhaust hangers, and a correctly riveted door tag from any of the vendors that market Mustang parts.

So with all that said, how can you distinguish a real GT from a fake? You can't, because dealers in 1965 actually "made" GTs. That's right. They did just what today's fakers do: They raided the parts bin and made GTs from standard hardtops, convertibles, and fastbacks. Ouch. This truly adds a certain murky quality to being able to tell a real GT from a fake. Why? Because the Mustang community considers these GTs to be legitimate due to the fact that they were cobbled together at the original-selling dealer.

What Makes a Factory GT

GT or Not?
In the final analysis, not only did the convertible turn out to not be a GT, but our '65 was a '66. The best recommendation is that the buyer should beware. Know your GTs, know what they are supposed to have, and try to obtain as much info from the owner as possible. The better armed you are with info, the better you'll be able to discern what the real deal is on the GT. 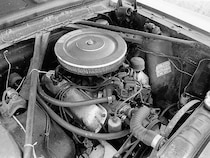 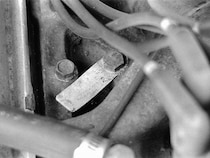 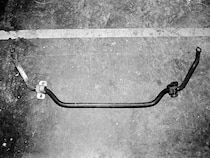 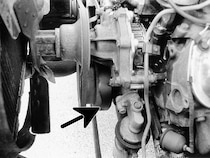 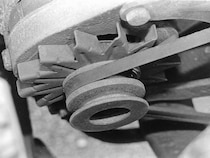 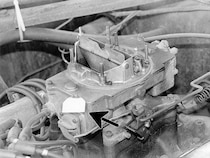