Our dark green '69 Mustang is used for everything and it's gotten to the point where it does most things very well. It will run low 13s at the dragstrip and has done over 140 mph at the Silver State Classic Open Road Challenge at Ely, Nevada.

When it comes to handling prowess, the car does well except the back end seems to roll toward the outside of the turn in sharp corners such as freeway off-ramps. We'd like to get this rear body-roll tendency under control. One thing that would help is to lower the car's center of gravity over the rear axle. The Mustang already has mid-eye rear leaf springs, and these bring the back end lower than stock height, but we still think the back is a little high.

The tendency to roll toward the outside of a turn is disconcerting, and it's something we'd like to eliminate or at least minimize. Toward this end, we have a double-barreled fix in store for our '69 SportsRoof. First, we're going to install some 1-inch lowering blocks from National Parts Depot, which will drop the back end some. We have the room in the wheelhouse, so we don't anticipate any clearance problems. Secondly, we've got a new rear antisway-bar kit from Marlo's Frame & Alignment in Chatsworth, California. It should reduce body roll and help keep the back end of our car under control during hard cornering.

Join us as we venture out to Marlo's where we'll accomplish both of the installations at the same time. We're confident the lowered roll center and the added control afforded by the antisway bar will make a noticeable difference in handling. 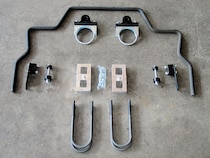 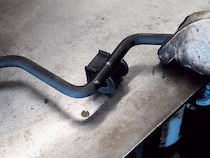 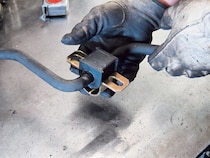 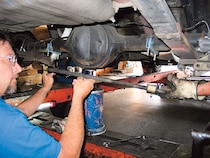 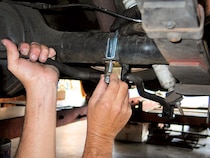 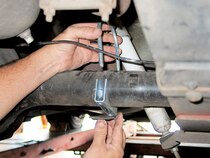 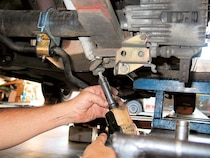 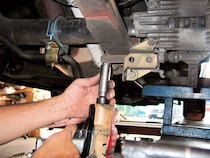