Newsletter
Sign Up today for our FREE Newsletter and get the latest articles and news delivered right to your inbox.
Home
5.0 Mustang & Super Fords
How To
Chassis Suspension 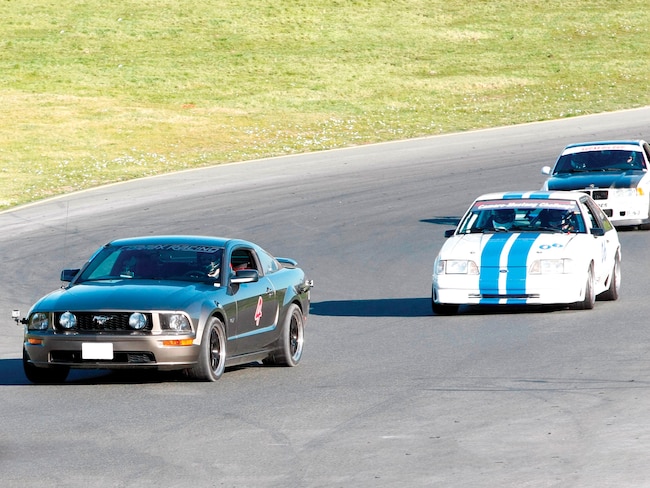 Some aftermarket performance companies are founded out of a driving passion to create better products for Mustang enthusiasts to improve their street cars. Others form out of a desire to push hot rodding and racing to new limits. When those passions and desires fuse under one roof, the result are products that perform well on the street and excel on the racetrack.

One such young company is CorteX Racing. It was officially founded in 2009, but its product designs have been brewing since 1999, when Filip Trojanek began taking a serious interest in road-course performance with his '66 Mustang. When he couldn't find the level of parts he was after, Filip decided to engineer the parts himself.

We use engineer in the purest form of the word too. There's a reason CorteX's unofficial motto is “everything engineered.”

Filip is life-long car nut who holds a bachelor's degree in mechanical engineering with a focus on structural mechanics from Oregon State University. He's designed everything from systems for semiconductor manufacturing to space flight equipment for Lockheed Martin, chemical weapons demilitarization, and even nuclear power component design and analysis.

To say he's a stickler for details and perfection is an understatement. He's in charge of designing and evaluating everything that CorteX produces, and he won't put the company name on a product unless it's proven with engineering tools like Finite Element Analysis, and further proven with real-world racing.

In the early days, as Filip became faster on track, that '66 Mustang became the ever-evolving testbed for new suspension pieces built with a focus on achieving American LeMans-level performance in a street-legal car. Now known as Xecution, that Mustang can generate cornering forces of 1.6g static and 2.2g peak. That's more than many supercars. Plus, it's been driven over 200 miles to events and then back home after besting competitors with six-figure budgets.

Needless to say, that kind of performance turned a lot of heads at Sonoma Raceway, Filip's home track. As such, he was approached by a couple of SN-95 Mustang racers who wanted to take their cars to the top level of American Iron Extreme racing. Filip used his experience to create parts for the SN-95 chassis. Both of those cars now regularly set and break their own class lap records at Infineon, Thunderhill, and Laguna Seca.

With his phone beginning to ring, Filip realized it was time to begin creating full suspension systems for the more prevalent modern Mustang track cars. The first Fox and SN-95 systems were pure race stuff, and they worked well. However, when inquiries for street suspensions poured in, Filip decided to make some minor alterations to remove some of the harshness and simplify installation. Using the knowledge gleaned from racing, Filip developed the Xtreme Grip line of suspension systems that cover all generations of Mustangs (excluding the Mustang II). The S197 version offers the highest level of performance with the least amount of work, as those cars offer the most stable and easily upgradable base platform.

So how good is the S197 Xtreme Grip system? Well, it's the only suspension system offered on the ultra-high-end, 1,000-plus-horsepower Shelby Mustangs. That storied company tested it, pronounced it the best they ever tried, and now carry a Shelbyized version of the Xtreme Grip system with their proprietary tuning changes. In the racing world, the off-the-shelf Xtreme Grip Track package is now the required suspension system for the newly formed Spec Mustang Series.

Of course we never just listen to hearsay, so we decided to put one of CorteX's Xtreme Grip packages to the test with a true before-and-after track test at Sonoma Raceway. We were blown away by the transformation. CorteX created an an incredibly effective, pure-bolt-on suspension package. The amount of grip and corner speed possible with an otherwise stock car is mind boggling. And somehow it's still a weekend bolt-on project you can do at home. This is legitimately how you can go from modest to supercar-level handling in your Mustang.

Check out CorteX Racing's Youtube channel (www.youtube.com/cortexracing1) for an amazing in-car HD video of a CorteX equipped Spec Mustang attacking Laguna Seca. It may be hard to believe, but the car in this video is mechanically identical to our test car other than long-tube headers, an X-pipe, full Heim joints on the Xtreme Grip system, and a gutted interior—that's it! So yes, you can have this level of grip in a daily drivable S197! Turn up the sound loud for this one!

The ride isn't as intense, but also check out the video of our test car getting its suspension installed and then tested on Sonoma Raceway there as well!

We documented our results with a datalogger, and as you can see, the lateral grip increased by 17.4 percent with the Cortex suspension, and lap times dropped by 7.06 seconds per lap.

Horse Sense: If the Cortex gear interests you but you don't own an '05-and-up Mustang, don't fret. The company also offers parts and complete suspension systems for '79-'93 and '94-'04 Mustangs.