Babe of the Month: Olivia Hart 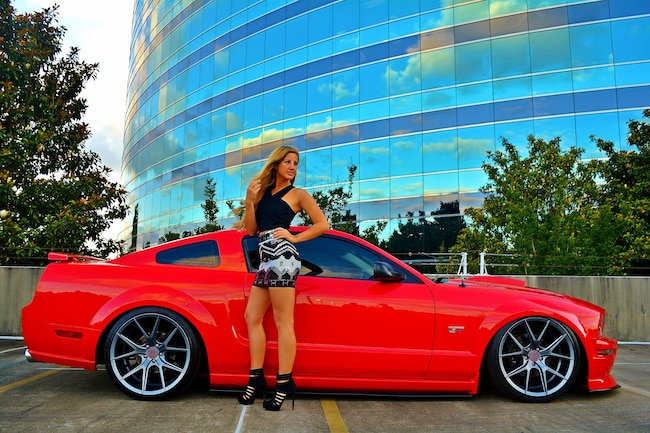 Our newest Babe of the Month is Olivia Hart, who was born and raised in Winchester, Kentucky, and recently made the move to Atlanta. Olivia tells us that she has always been a Mustang enthusiast, but even more so after settling into her new digs. And just how did that happen?

Olivia says, “Not only is the city enormous, but so is the car scene. I've always enjoyed Mustangs, and it’s grown even more ever since I attended the Ford Mustang’s 50th Anniversary event in Charlotte, North Carolina.”

The 2006 Torch Red GT shown here is owned by Zach Wilson and has been outfitted with a complete Airlift Performance suspension setup, including a Roush Extreme Performance exhaust, and sits on 20-inch Matte Graphite Verde custom wheels.

While Olivia looks great standing next to Zach’s ride, she’s currently looking for a Mustang of her own. If she has it her way, it’ll be a 2015 Ingot Silver 5.0 GT with the premium package. She says, “What got me interested in this particular combination is the looks and horsepower.”