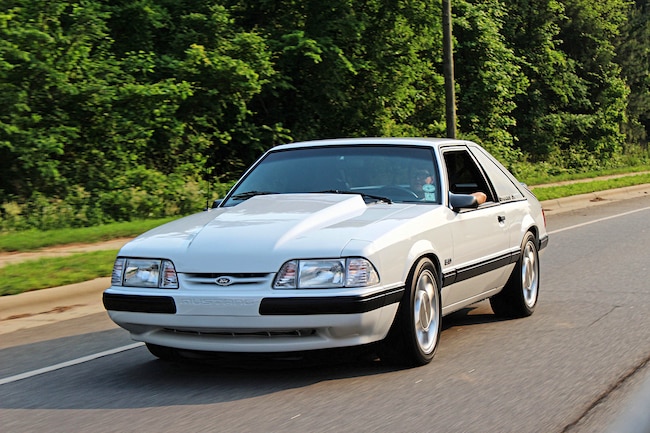 With the top NASCAR guys now racing Mustangs, Patrick Pinkerton was a little ahead of the curve with his 1991 Mustang LX. Working for Roush Yates Engines, Pinkerton attended the NASCAR Technical Institute to prepare for his career in racing, but also while he was at school, he was gathering parts for the car, which was a roller at the time. Once he graduated he went to work—in more ways than one. He added a Holley SysteMAX intake, a Ford Performance B-cam, an Anderson Ford Motorsport Power Pipe, a built T5 transmission, an aluminum driveshaft, 3.73 gears, a full exhaust, and an MSD Pro Billet distributor. The suspension benefits from Maximum Motorsports caster/camber plates, Strange Engineering adjustable shocks and struts, Eibach Sportline springs, and a Stifflers crossmember. Most of the car’s paint is original, save for the Kaenen hood, the engine compartment, and the front and rear bumper covers. The exterior is finished off with SVE 1993 Cobra wheels wrapped with Nitto NT555s.