Newsletter
Sign Up today for our FREE Newsletter and get the latest articles and news delivered right to your inbox.
Home
Modified Mustangs & Fords
Features
News & Views 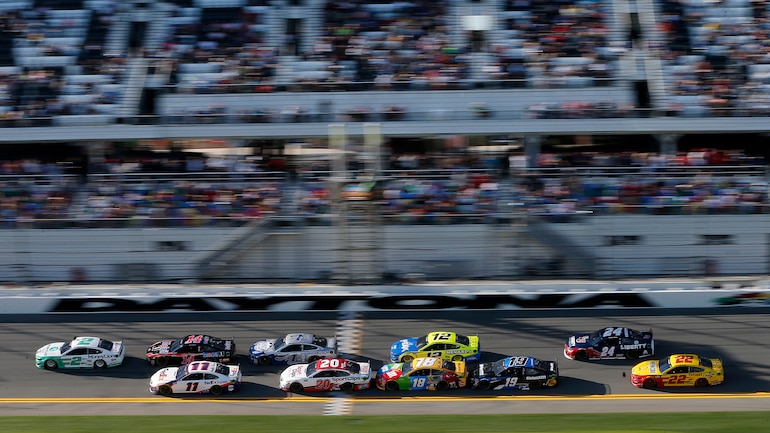 With the NASCAR Cup Series opening its 2020 season this weekend on Feb. 16 with the Daytona 500, now is the perfect time to get an easy-to-digest rundown of everything you need to know about America's most popular form of racing, especially if you are new to the sport. NASCAR, which stands for "National Association for Stock Car Auto Racing," was formed in 1948. Here's a quick primer to literally bring you up to speed.

1: Yes, bootleggers played a role in the start of stock car racing, in the sense that they hopped up their cars with stiff springs to make them handle, and to allow the suspension to support gallons of whiskey. They beefed up their engines to help outrun the "revenuers," officers who tried to chase down the bootleggers to arrest them. Yes, off-duty bootleggers began racing on crude dirt oval tracks to see who was quickest. But they were joined by a whole lot of other gearheads who had a desire to go fast, a great many of them ex-servicemen who returned from World War II looking for some excitement.

NASCAR-style racing would have happened with or without the bootleggers, but it makes for a great story. Case in point: Legendary driver and car owner Junior Johnson, who won 50 races as a driver, including the Daytona 500, spent a year in prison for bootlegging. That was a lot less than his dad, who spent 20 years in jail. Junior Johnson died at age 88 last December.

2: While stock car racing was happening all over the place, there was little or no organization to it; one track might have a race paying a lot of money, while another track 100 miles away was running a big-money race the same night. Drivers and teams were looking for some sort of official sanctioning body to plan a legitimate season.

Enter Bill France, a gas station operator and part-time driver who lived in Daytona Beach, Florida, where racers had gone for years to compete on a makeshift track that was part beach, part asphalt. Multiple groups were trying to find a way forward, but France had a series of meetings on the top floor of the Art Deco Streamline Hotel, overlooking the Atlantic. From those meetings, sketched out on a napkin, emerged a plan for NASCAR. Others were involved, but France was clearly in charge.

3: Control of NASCAR would be passed down through France's family. Next in line was Bill France Jr., as big and intimidating as his father. Then, control of NASCAR moved to France Jr. 's son, Brian France. And now, the power is held by Jim France, son of founder Bill France Sr., and Lesa France Kennedy, daughter of Bill France Jr. Under the Frances, they have expanded to own other series, such as IMSA, which sanctions sports car racing in the U.S. including the Rolex 24 at Daytona endurance race, and American Flat Track motorcycle racing, one of Jim France's personal favorites.

4: And, as of last year, NASCAR owns a whole bunch of racetracks. Previously, a publicly owned company affiliated with NASCAR, International Speedway Corp., owned the majority of NASCAR tracks, such as Daytona and Talladega. NASCAR itself only owned Sebring International Raceway and Road Atlanta, which are road courses and not ovals like the majority of tracks NASCAR races take place on. But NASCAR bought up the shares in ISC, and it now owns most of the tracks its various series race on.

5: Oddly, when virtually every other sport saves its biggest event for last—think Super Bowl, NBA Finals, World Series, Stanley Cup—NASCAR has by far its biggest event first: The Daytona 500, kicking off the NASCAR season this year on February 16. The idea is that it draws immediate attention to the series, which should carry through until the season concludes in November.

6: And maybe it does. For decades, the NASCAR champion was crowned based on the number of points he or she (no "she" has won the championship yet, but maybe someday) accumulated over the year. But NASCAR rethought that system, and for the 2004 season introduced the "Chase for the Championship," which was essentially a playoff involving the top drivers.

The format has changed over the years, but now it essentially takes the top 16 drivers in the standings with 10 races to go, and eliminates them progressively as the final race of the year approaches. At that final race, the top four drivers have all of their points erased, giving them a level field: whoever finishes best in the last race is the season champion. Footnote: Yes, only the four designated drivers can win the championship, but they still race against a full field, and they want to win the race. (While other drivers are eliminated from the Chase, no one is eliminated from the races themselves.)

7: Homestead-Miami Speedway had been the final race of the season since the new Championship format began. But for 2020, the finale moves to Phoenix. Plenty of tracks want to host that last race, but since it's in November, only tracks in the south or the west are likely to get it. Almost all of the contracts with NASCAR tracks expire this year, so expect some schedule shuffling for 2021.

10: Forty cars will start the Daytona 500, and the first one to complete 500 miles wins. (Or they used to: If a caution flag for a crash or debris on the track flies just before the end of any race, the event could go into "overtime," so fans get to see a green-flag finish instead of the cars creeping around behind a pace car to end the race.) That said, keep in mind that a few years ago NASCAR started the "stage" system, where the races are kind of divided into several small races. Yes, there's the big finish in the end, but drivers race from one "stage" to another, and get points for doing well in the stages. At the Daytona 500, for instance, the first stage runs 60 laps, then they start all over. The next stage ends after another 60 laps. Then they restart again and run the final 80 laps to the checkered flag, for a total of 200 laps and 500 miles.

And that's it: Your primer for NASCAR racing, and the season-kickoff Daytona 500. Amaze your friends, confuse your enemies, but mostly enjoy the show. 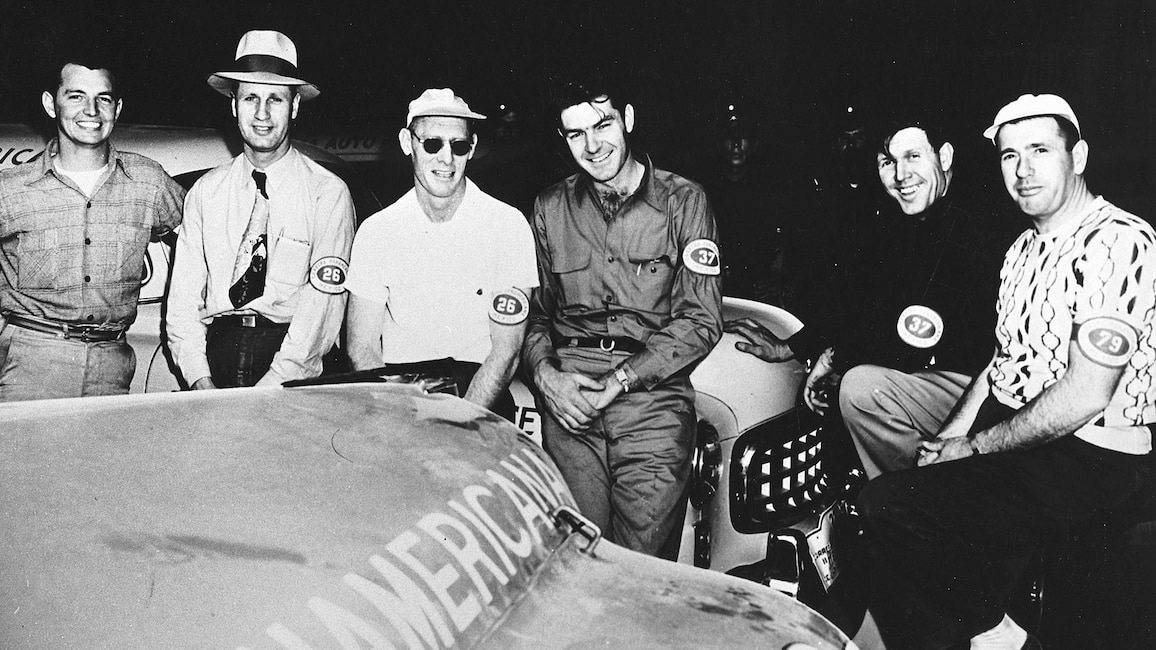 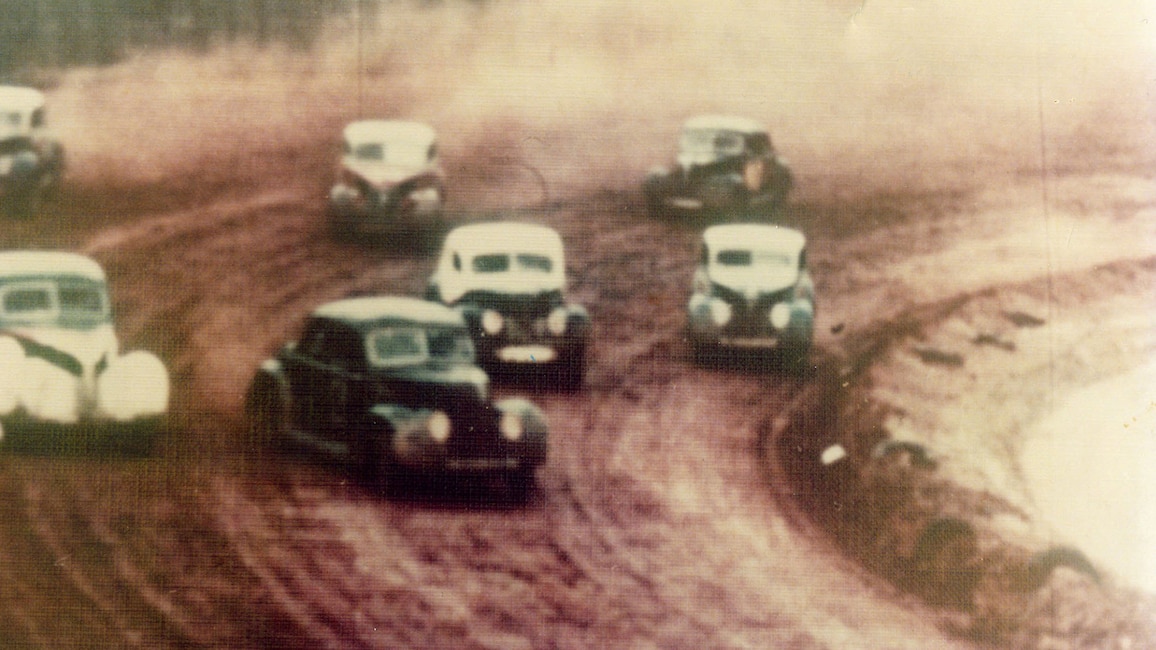 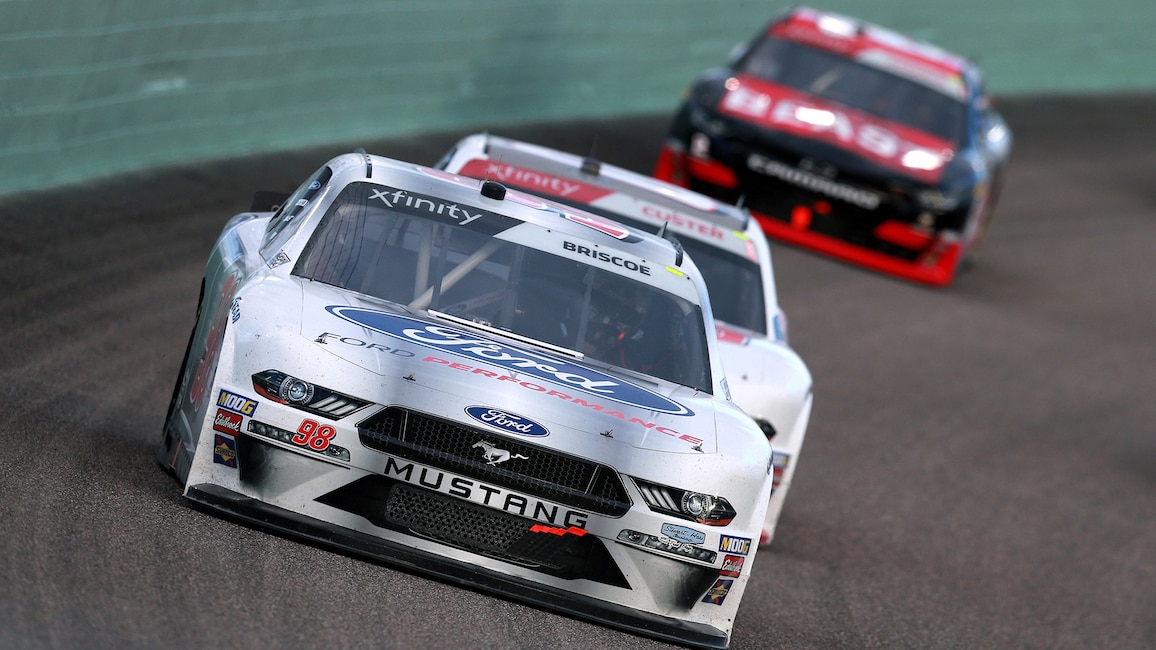 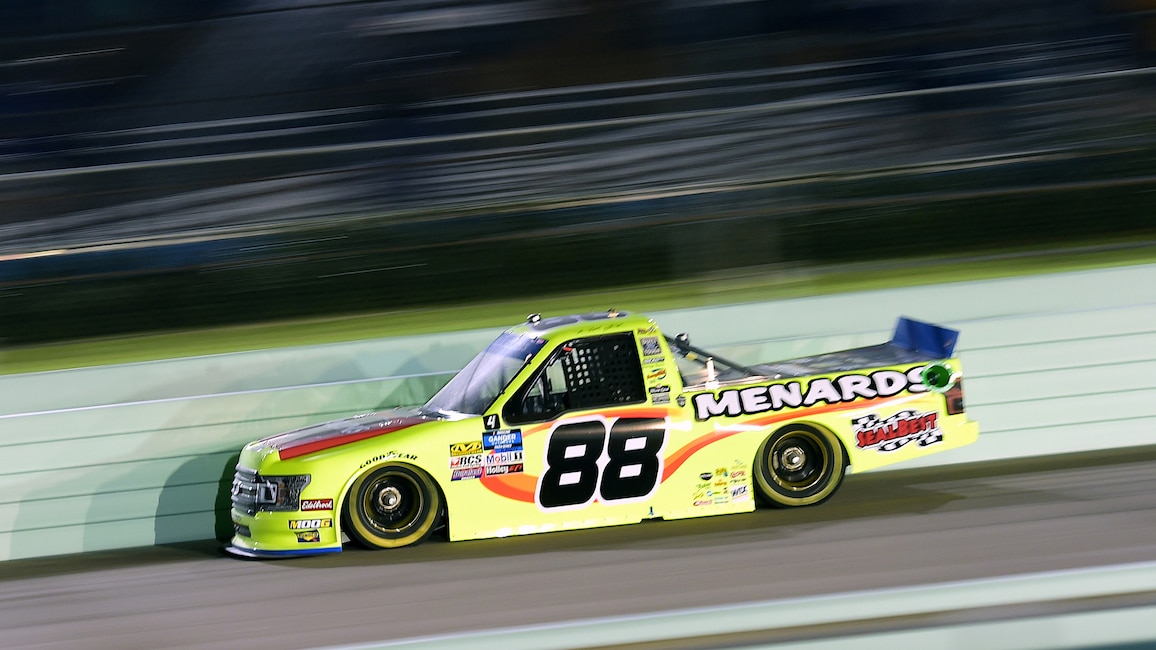 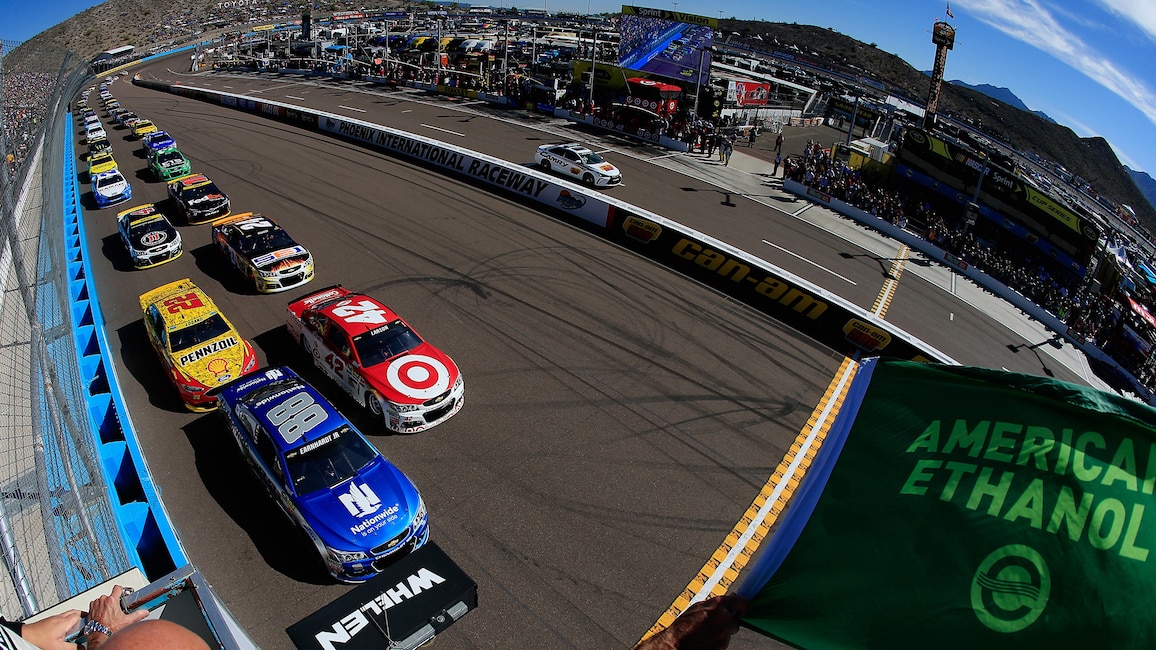 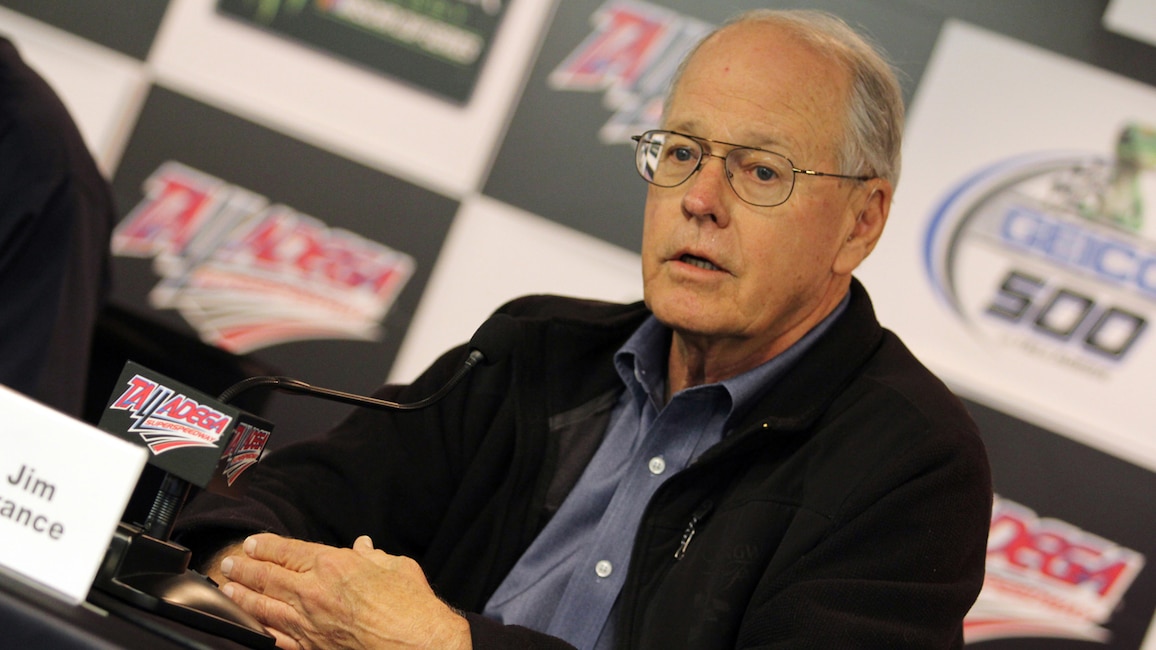 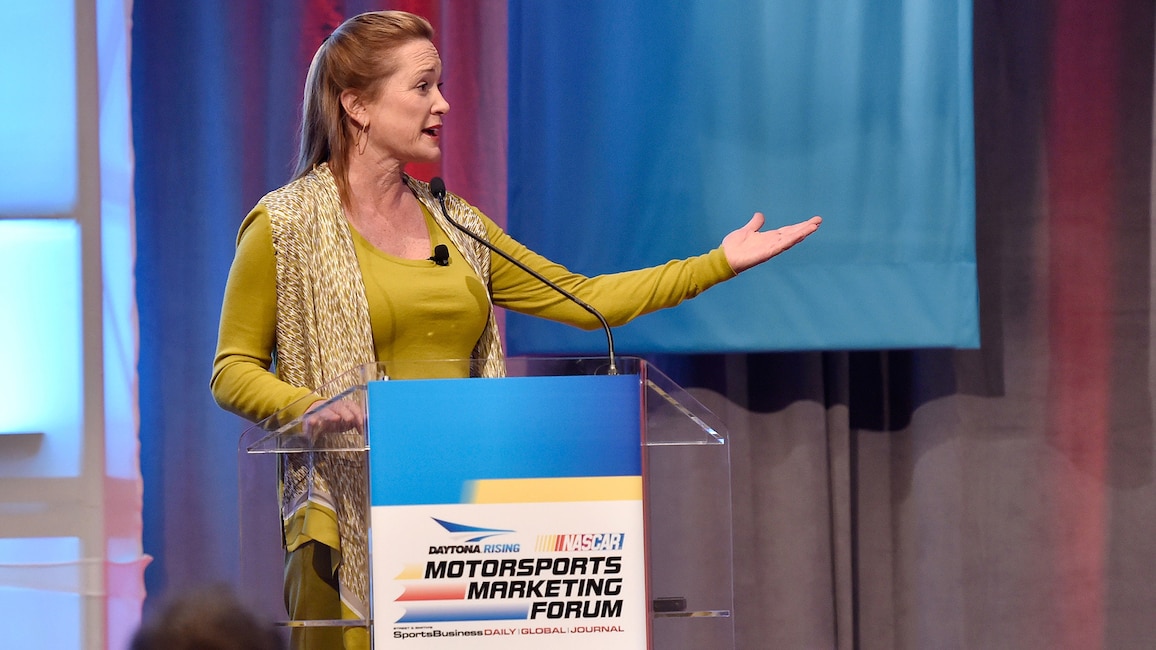