Anna Smith has the Mustang fever, and lives it every day in her 2002 Mustang 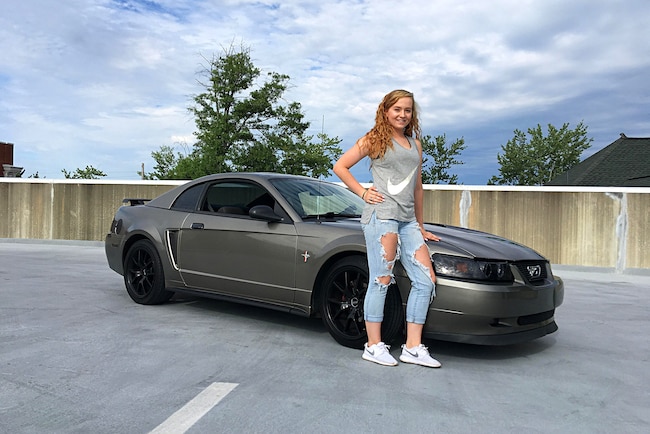 Like many younger people, Anna Smith couldn’t drive a manual transmission when she got her first car, a white 1994 Mustang that she got for her Sweet 16th birthday. She was intimidated at the clutch but had her first car, and her love affair with Mustangs began on that day. When she admitted that she couldn’t drive a stick, Anna said, “The first words out of my father’s mouth when we both realized this were, ‘either learn to drive standard, or don't drive at all’. I will never forget that day. Ever since that day, that's all I have owned and my love for Mustangs continues to grow. My white Mustang is now my little sister’s, and I currently drive my mineral grey 2002 5-Speed.

Anna share her Mustang passion with her twin brother, who also got a Mustang on their 16th, his a red ’97. Anna said, “Me and my brother spent our weekends growing up at 1-70 Speed Way in Kansas City, Missouri, where our dad worked on his best friend’s stock car. Our parents believed that [the Mustangs] would be good and reliable for our first vehicle—they wanted us to have a car we could have a passion for just as he did with his first vehicle, which was a Trans AM. Our family has a passion for cars and speed, mine just happens to be directed more towards Mustangs. 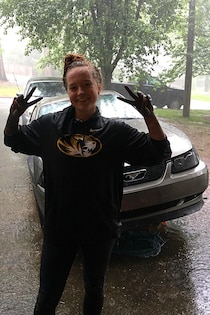