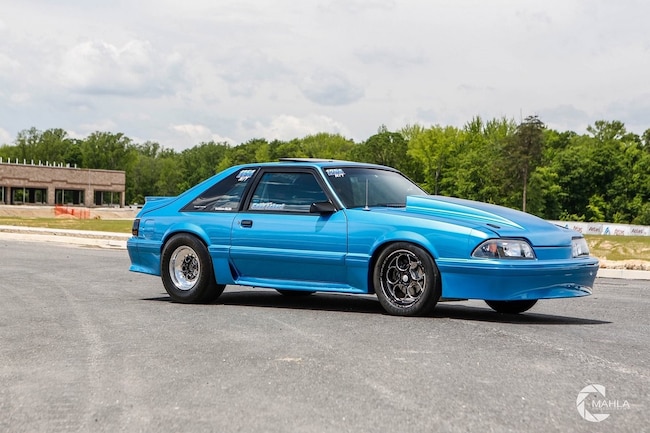 Having access to a lift can make working on our Mustangs a lot easier. For Gene Eckert, he did much of the work on his 1990 Mustang GT Coyote swap using jackstands. However, he did have some very talented people to help him along the way. Ronnie Reynolds at Boosted Fabrication and Performance worked his magic on a tubular radiator support and cold side plumbing for the Precision single 76mm turbo, while the hot side is from CG Fabrication. The engine features Boss 302 cams, a Holley Sniper intake, ID1000 injectors, and a JPC custom tune. Horsepower production isn't the GT's only strong suit, though. It also features a Dwayne Werk custom Celestial Blue Metallic paintjob over a Schoneck Composites front bumper, a Cervini's cowl hood, Weld Magnum 2.0 wheels, Mickey Thompson tires, and UPR suspension.