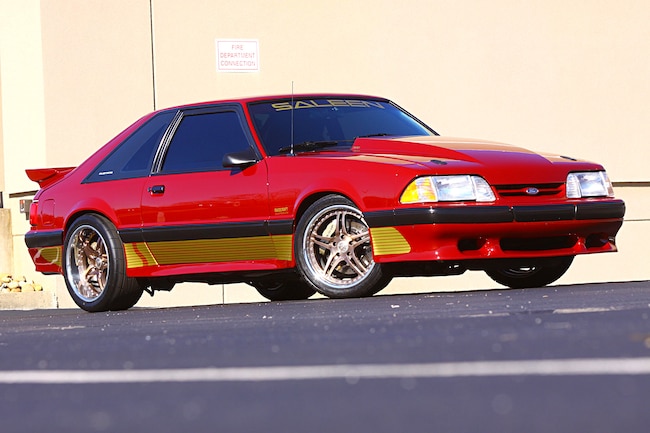 There's an unspoken rule in the car hobby that when someone has a certain car, and a friend says, "Whenever you want to sell that car, I want it," you have to sell it to them. If they have dibs, they get first right of refusal. This practice happens all the time in the Mustang world. Even this author's Cobra has a line formed for when the time comes to sell. This is the norm when someone has a nice Mustang. There's always going to be a list of people who want to buy the car.

One of those cars used to belong to Troy Raby, one of the founding members of Southeastern Foxbodies and Ponies in the Smokies. However, current owner Travis Smith basically harassed Troy for years about wanting the car should he ever sell it. "When he told me it was for sale," Travis says, "I immediately posted up for sale my own 2003 Cobra." Fortunately for Travis, the Cobra sold quickly so he was able to make Saleen 89-374 his own.

"A lot of people thought I was absolutely crazy to ditch mint three-piece Stern wheels," Travis says, "but I really wanted my car to stand out." Travis also changed up his Saleen's stripe package to better match the car's True Forged wheels. We'd say he pretty much nailed it.

Prior to Travis owning the car, Troy had slowly "transformed it into a supercar that you could have built from the Saleen catalog," Travis says. Since it was already a great car, Travis enjoyed the car at first, but like any automotive purchase, he had to make it his own. "I bought one-off custom True Forged Victory tinted bronze wheels," Travis says. "Then it hit me that swapping from the original silver Saleen stripe package to gold would really set the car apart," Travis adds. He reasoned the wheels would better match gold stripes, but changing stripes on a car can be a difficult undertaking. Most times one simply cannot change the stripes without doing a total repaint.

Fortunately, Travis didn't have to go through a whole repaint to arrive at his desired look. Out to Pasture Pony Parts painted the front bumper cover and the car's new Cervini's hood, and applied the gold Saleen stripes to more closely match the wheels. The car's Baer brakes were also powdercoated gold to match the wheels and new Saleen graphics. With Saleen Foxes using a Thunderbird/SVO/Lincoln rear disc brake arrangement and offset, it seems perfecting the car's look took more thought than the car's paint. Even so, while the brakes and wheels were being sorted out, Boosted Performance completely rebuilt the 8.8, adding new bearings, seals, and 3.73 gears. The rear was also restored to a Fox-length arrangement, as well. To finish off the exterior, all trim was repainted, and Travis added new headlights and taillights, a new windshield, MRT hood struts and Aero Catch hood pins.

"My goal is to have a Saleen of every generation," Travis says. He has three generations covered, and has plans to pick up an SN95 Saleen when another of his Mustang projects comes to fruition. Travis and his ever-supportive wife Mallory have a 1966 Mustang to work on in the meantime. Travis would like to thank Donald Salem from Boosted Performance, Sam Poteat and his crew from Out to Pasture Pony Parts, Southeastern Foxbodies, and previous owner Troy Raby.

Under that Cervini's hood is a Kuntz and Co-built 337-inch mill with a Scat crank and rods, Venolia pistons, Roush Industries-massaged AFR 205cc heads with Harland Sharp roller rockers, and the ever-so-desirable Saleen intake. To really step up the horsepower department, Travis' Saleen sports a Vortech Si-trim supercharger, which is good for 21 pounds of boost. The fuel system consists of 60 lb/hr injectors with an Aeromotive pump and regulator, while spark is provided by an MSD Digital 6 ignition components. For added mechanical safety, a Snow Performance methanol kit with the company's Safe Injection is also on board. Powercurve Motorsports tuned the car using an A9L computer with a chip. "I want to go to a standalone system," Travis says, "But the car runs flawlessly."

Part of that flawless operation is a Tremec T56 in the tunnel with a Lakewood bellhousing, McLeod clutch, MGW shifter, and an aluminum driveshaft. Plus, the car features a Maximum Motorsports K-member kit with tubular control arms, Bilstein struts, H&R springs, and a Saleen/Racecraft front sway bar. Saleen subframe connectors lead back to more Maximum Motorsports parts with the company's upper and lower control arms and panhard bar, along with Bilstein shocks, H&R springs, and Saleen/Racecraft rear sway bar. The aforementioned Baer brakes, combined with Nitto treads, brings the 700hp monster to a halt.

The engine combination is a carryover from when Troy Raby owned the car. However, Travis added Scott Rod Fabrications radiator panels to help clean things up under the hood. The Vortech SI-Trim supercharger is good for 21 pounds of boost, while a Snow Performance meth kit keeps inlet air temps at their lowest. Powercurve Motorsports tuned the combination, making 691 horsepower.

Another reason Travis loves the car is the interior changes he has made, as well. He added Corbeau CR1 seats with matching rear covers and 4-point harnesses, a Cipher Auto harness bar, a Racepak IQ3 dash, and a Momo black suede steering wheel and shift boot. Perhaps the biggest reasons Travis likes the interior of his Saleen is that it features power steering, ice cold A/C, and cruise control. When the car made its debut at the 2017 Ponies at the Smokies show, it easily made the 3-hour trip with the A/C freezing and the Vortech singing.

When it comes to specialty cars like Saleen Mustangs, most often when someone modifies such a car, it's not accepted by purists. Not that Travis was worried about that, but the confirmation you did well is nice. That confirmation came to Travis and 89-374 when the car won Best Fox at the 2018 Saleen Nationals, "In a world that totally worships stock examples," Travis says, "Everyone loved it."

Travis strayed from the norm inside the Saleen, as well, adding Corbeau CR1 seats with matching rear upholstery and 4-point harnesses. Travis added a RacePak IQ3 display to replace the factory gauge cluster, as well. A Tremec Magnum T56 is in the tunnel with a McLeod clutch and an MGW shifter to make for effortless shifting.

When asked about his favorite aspect about 89-374 he says, "It has huge power, but it's 100-percent street-friendly." We also asked him if 89-374 will ever be for sale. His response was, "You have a big fat blank check?" Travis acknowledges everything is for sale, but he doubts anyone would give him what he would ask for the car. "So no, I'll never sell it." 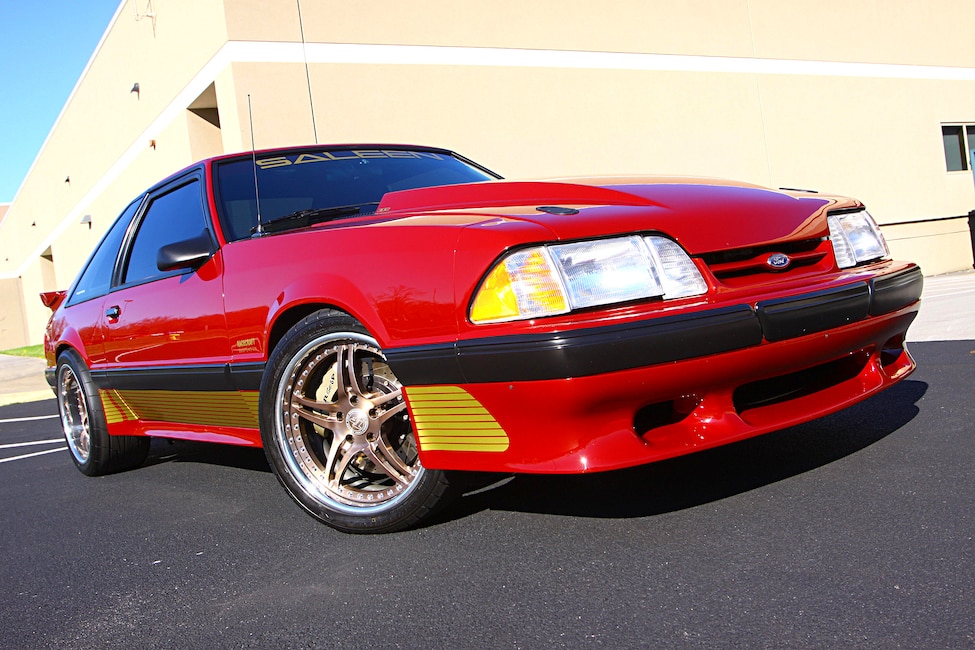 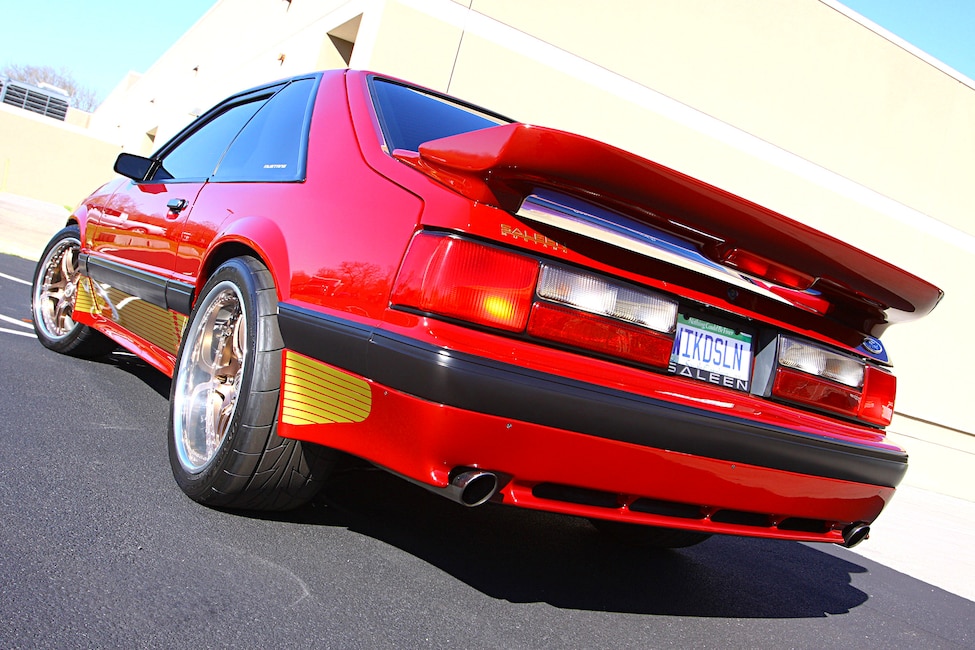 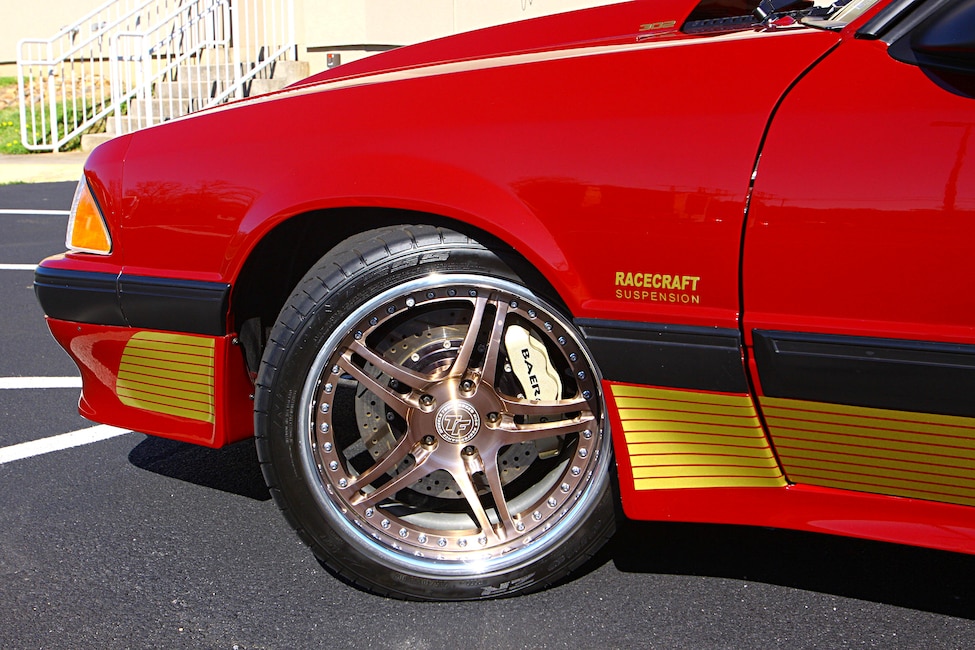 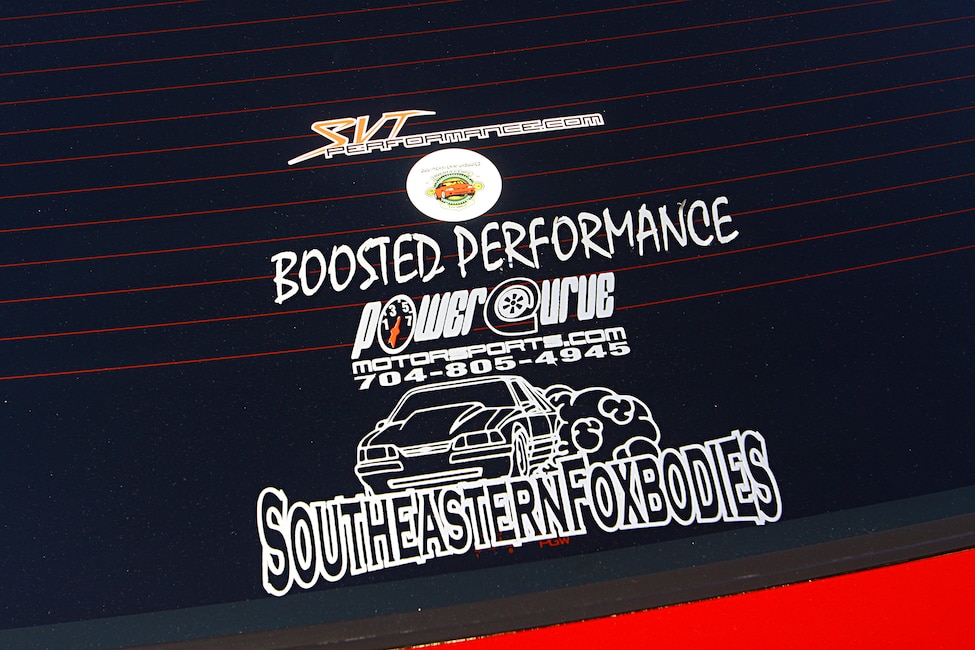 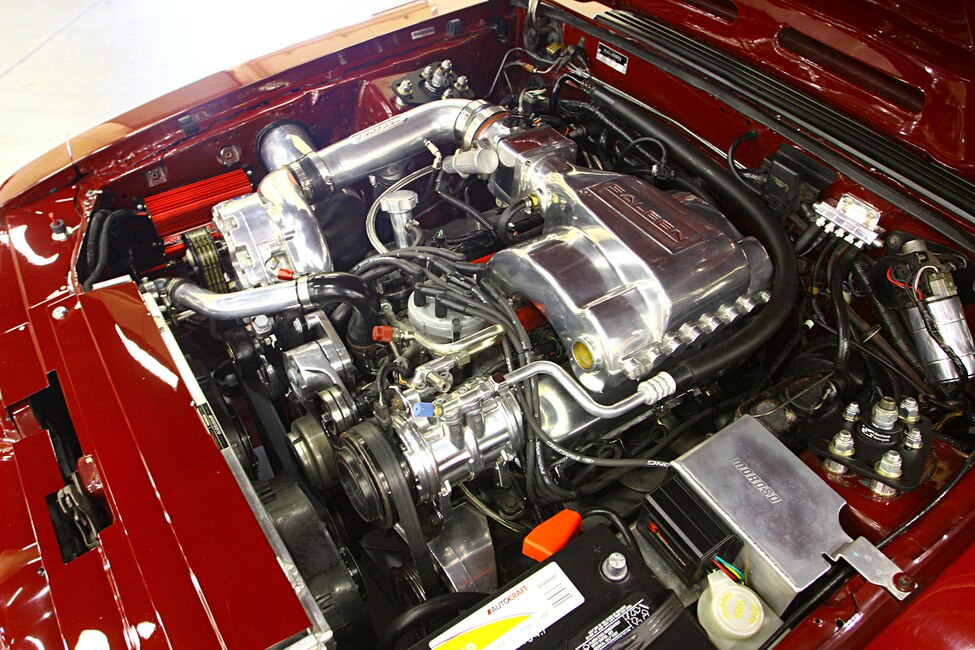 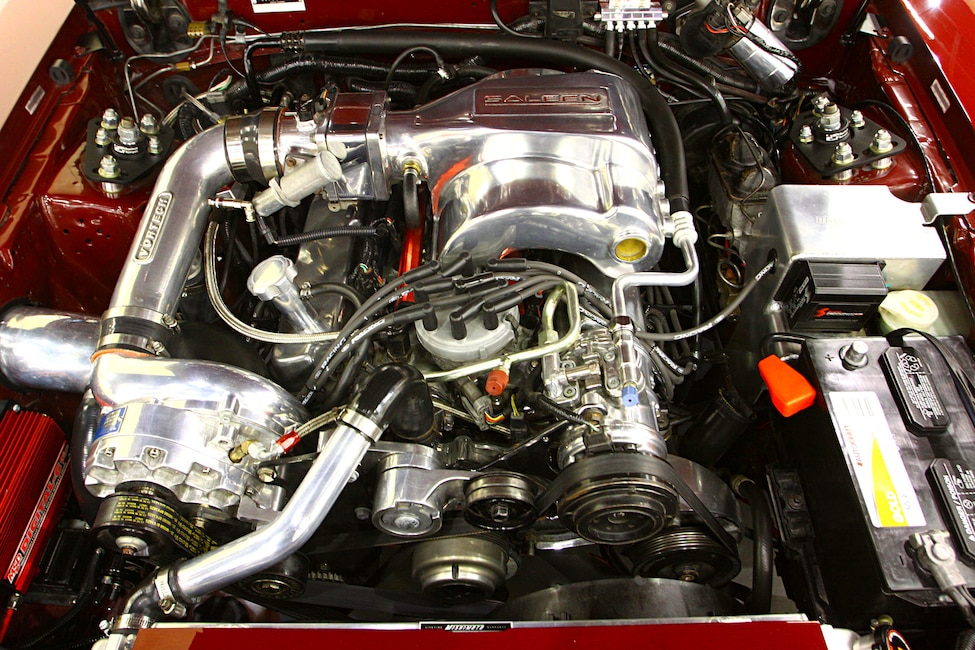 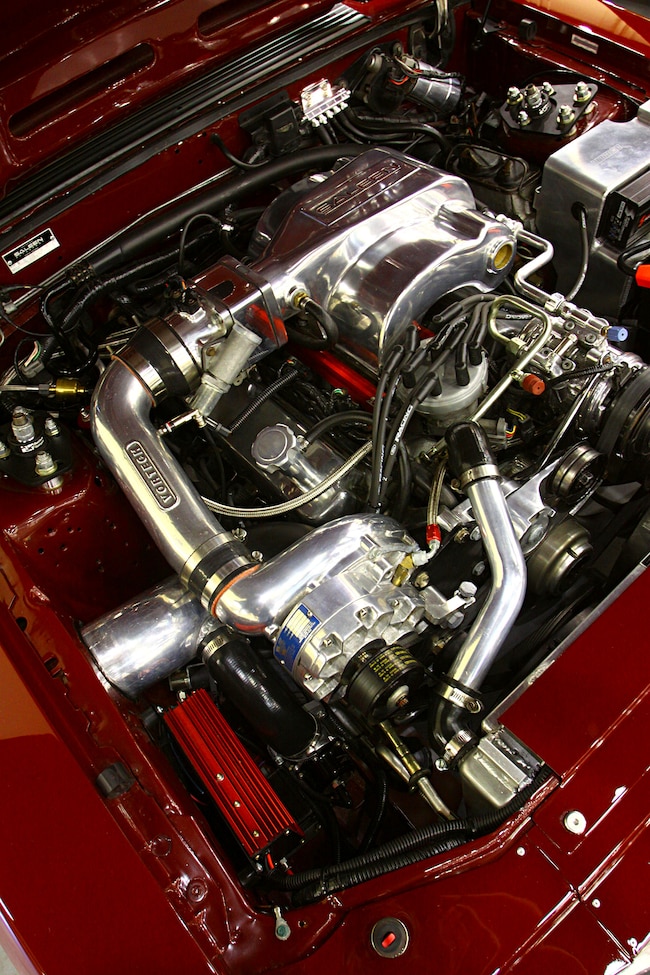 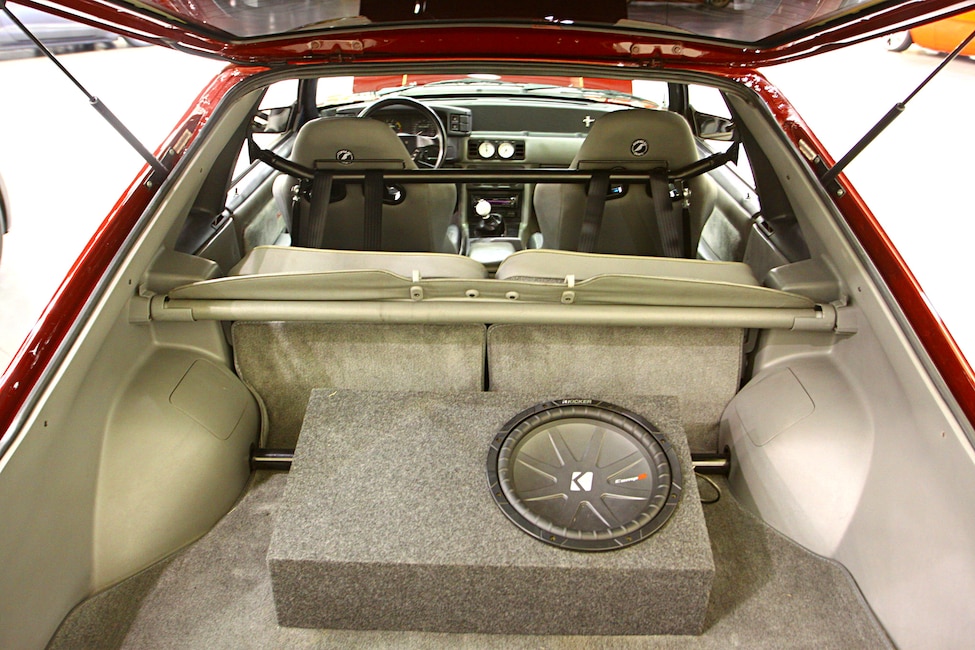 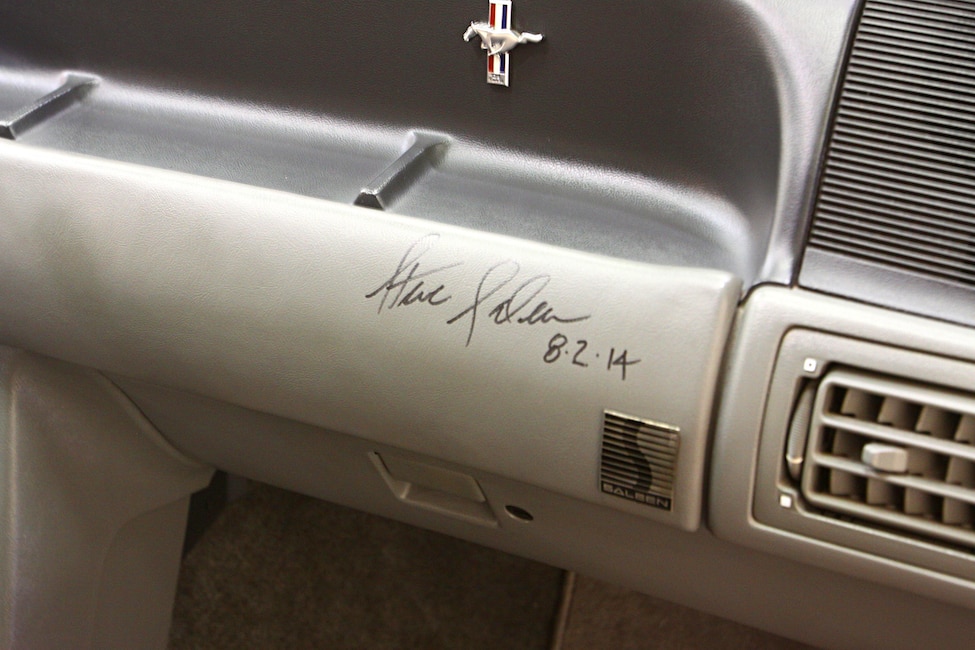 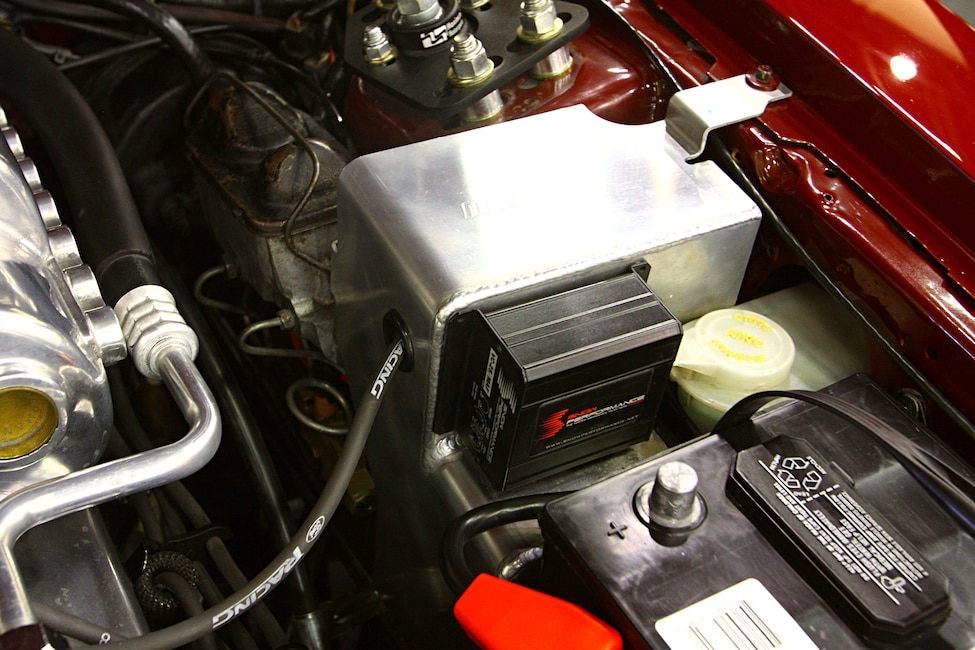 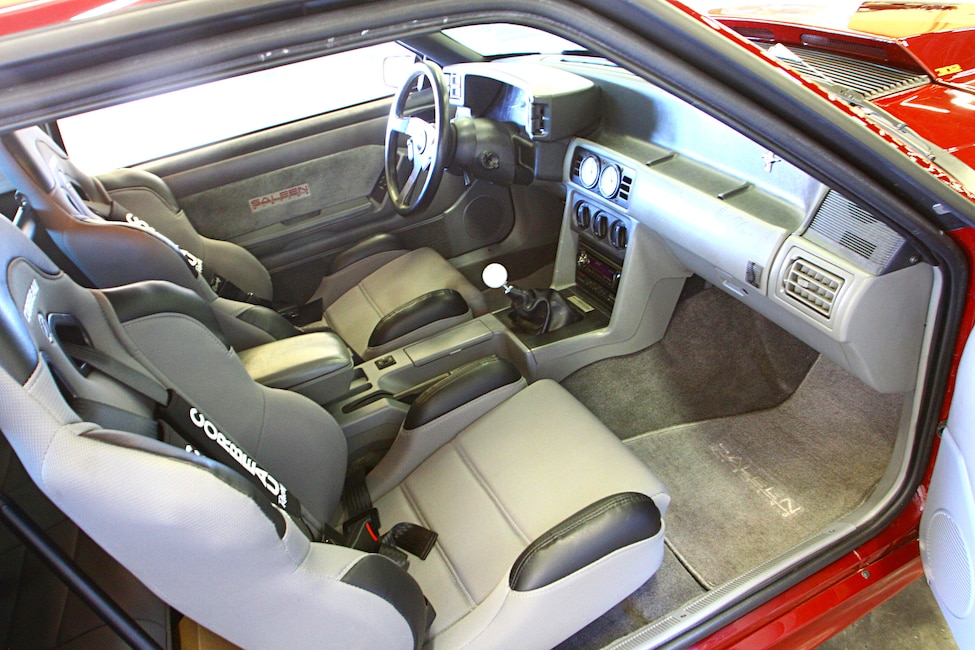 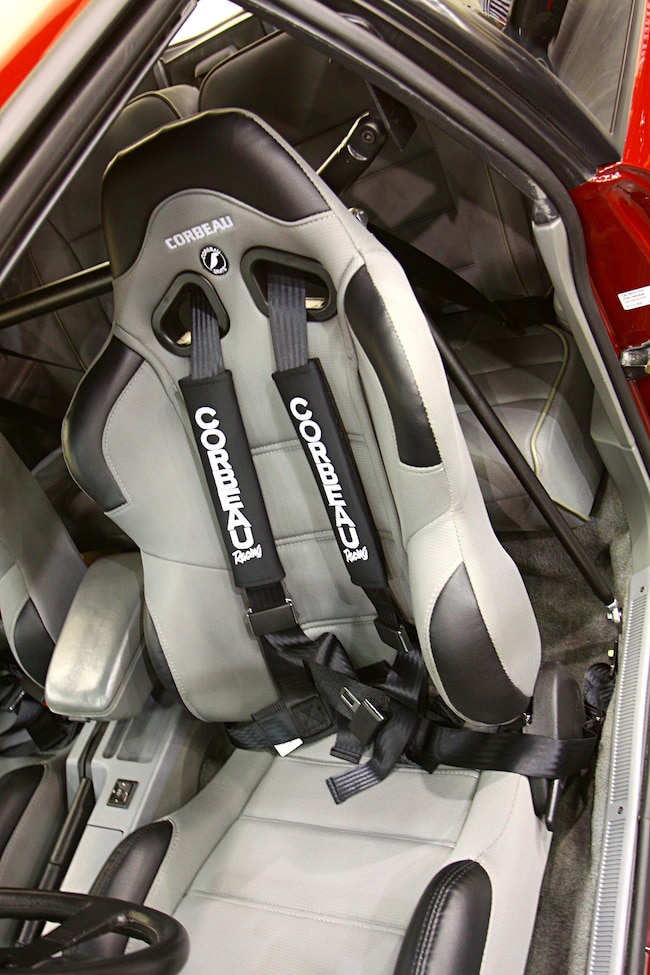 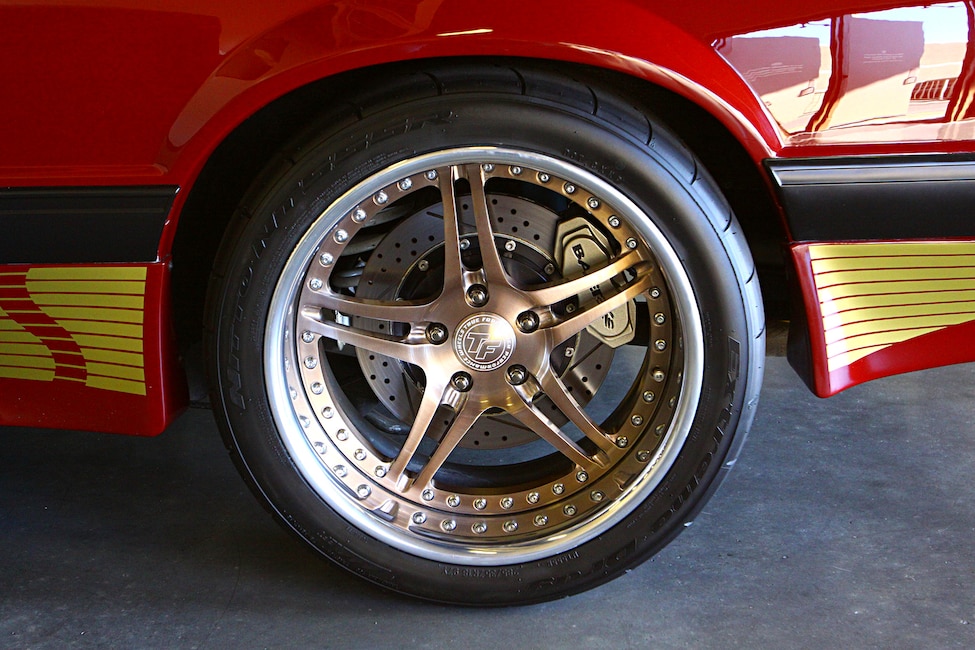 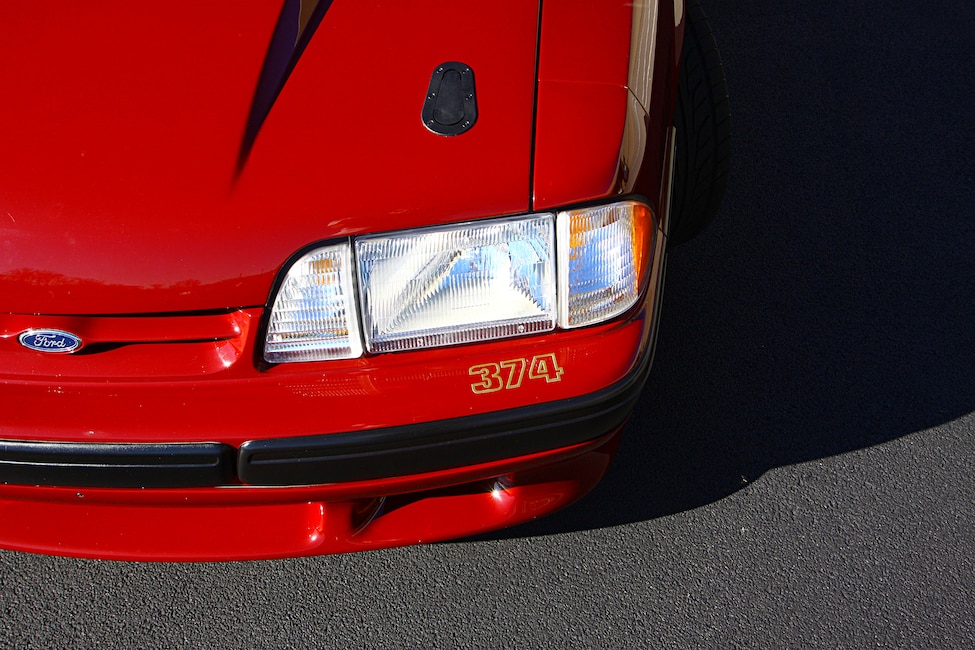