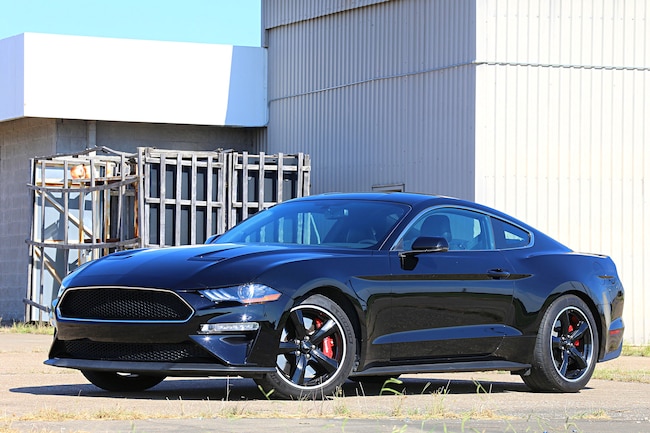 Galloping through the wide-open Texas countryside at questionable speeds the exit approaches. It would be wise slow down and depart the highway, but it seems too early to end the fun. At the last minute, I push the happy pedal and surge forward for a few miles in search of a sweeping off-ramp.

As it appears, I keep the thrust engaged until the last minute before squeezing Brembos ever so slightly to rein the ebony machine in. Grabbing for the MT-82 shifter, I clutch in. The Active Valve Performance Exhaust burbles with an exhilarating rumble as the revs suddenly jump up as I downshift and whip around the corner. The Michelins dig in, and the chassis squats on the MagneRide as the S550 rides the arc. There is a touch of body roll, but the tossable nature of the machine echoes the raw nature of its namesake cinematic detective.

Yes, this isn't just any modern Mustang, it is the special edition themed after the movie starring Steve McQueen — Bullitt. It was not my first rodeo behind the wheel of the Mustang that engineers created to embody the spirit of the film and to slot in as the driver's car for the street, but it served as nice reminder its special set of skills.

The Shadow Black example that we cruised around the Lone Star state for a few days had two of the three available options. Upfit with the Bullitt Electronics and the MagneRide semi-active suspension system, the only option it didn't have was the Recaro seats. It clocked in it at $51,290 with destination and delivery charges.

If you aren't up to speed on the latest Bullitt, it basically builds on a fusion of the Premium and Performance Package options with a hint of extra power that you might need in a high-speed chase, and a splash of understated-cool styling.

"It's kind of like Steve McQueen. You look at how he dresses in the movie, and on one hand you say there's nothing that really stands out, but on the other hand the way he dressed then, you can dress that way today and still up to date and cool," Chief Designer Darrel Beamer said when I first drove the car. "That's the timeless element that this car has. That car will never go out of style. It will always be looking great. That's what we were after. That's what makes this a unique Mustang versus the GT350 or the California Special."

With a few Bullitt cues, including a unique welcome screen on the 12-inch LCD dash, the car's interior is both understated and upgraded just like its exterior. It proved both a comfortable commuter and exuberant partner in crime.

The third in a lineage that began in 2001, returned in 2008-2009, and was reborn in 2019, the latest Bullitt gets its King of Cool vibe thanks to a host of unique, but subtle styling touches, including a black grilled; chrome grille and front window accents; 19-inch, five-spoke heritage aluminum wheels; red-painted Brembo brake calipers; and a unique black front grille. Of course, the faux gas cap on the trunk lid wears the Bullitt logo in a fresh font. That carries over to the cockpit, where the logo is emblazoned on the steering wheel and the numbered dash plaque.

" We try to offer a spectrum of cars, but this is the one that really is consistent with what Steve McQueen was in the movie. It is understated, but timeless and effortlessly cool. It doesn't need to scream at you. It doesn't need any badges, stripes, or loud colors," Darrel added. "We do offer a black one and historically with the previous two we offered a black as well for someone who may not be a green person."

Being able to open up the Active Valve Performance Exhaust with the drive modes not only lets all the fun sounds exit the Black NitroPlate exhaust tips, it undoubtedly free up a bit of power. Engineers explained that with the valves open you could drop a Ping-Pong ball behind the catalytic converter and it would shoot straight out the tip, which illustrates just how free this system flows.

As cool as the Bullitt is, I definitely fall into that category, so the opportunity to wheel the only other option, Shadow Black, was definitely a special one. I was en route to the massive LMR Cruise-In, which definitely warranted a special machine, and the ebony S550 definitely turned heads. Highland Green is such the dominant color, that few had ever seen a black Bullitt in person, and even wondered if it was a factory option.

While looking cool is definitely part of what makes owning a car like this special, it is the performance the really gets us excited. Meant to be a driver's car, the Bullitt is only available with an MT-82 six-speed manual, which is fitted with a retro shifter as a nod to the '68 movie car. And, like all 2019+ manual Mustangs, it features the auto rev matching that we have come to adore.

Sure, skilled pilots don't need it, but this feature turns everyone into a better driver, and it makes spirited driving that much more fun and effortless. It is the kind of thing that gives self-shifters solace in a world increasingly dominated by autos and dual-clutch transmissions.

That rev-matching manual helps you make the most of potent version of the Coyote engine, which features a high-flowing intake manifold similar to the one used on the Shelby GT350, as well as a completely revised calibration, that helps elevate its output to 480 horsepower and 420 lb-ft of torque, while raising its top speed to 163 mph.

While the white cue ball-style shift knob harkens back to the '60s, it's the high-tech rev-matching onboard the Bullitt that makes it a really joy to drive. While heel-and-toe shifting can get the job done, the rev-matching uses multiple sensors and computer logic to help any driver decelerate smoothing into a turn by blipping the throttle automatically.

"In the past the Bullitts we have created have been about attitude with a little bit of an engine upgrade, and this one has a good amount of engine upgrades," Mustang vehicle engineering manager Tom Barnes explains. " If you run it all the way out, you just want to run it to 7,500. That is the effect of the better breathing and the calibration. The induction essentially lowered the losses and increased the flow."

Paired with a unique calibration, the Bullitt-spec Coyote doesn't give up any torque, but it adds some top-end excitement. Hitting 163 on the streets wasn't in the cards, but screaming toward 7,500 was easy to enjoy with regularity, and the Bullitt proved balanced in a straight-line and in the curves. It feels good, and it's easy to imagine being in a modern version of that movie chase scene when the Coyote is a full howl.

The decidedly modern Bullitt gives off some throwback vibes courtesy of its signature five-spoke, 19-inch aluminum wheels that recall the aftermarket wheels on the original movie car. They are wrapped in Michelin summer tires, P255/40R19 up front and P275/40R19 out back.

In all, the latest Bullitt is still a blast to drive and it looks the California cool part. However, the beauty of the Mustang being the only car in the modern Ford lineup is that it opens the opportunity for a wide range of special editions, which can make choosing a favorite tough. When it comes to the two manual-only Mustangs, the other being the Performance Pack Level 2, it really comes down to whether you want the extra Bullitt power or the sharper PPL2 handling.

If you don't mind being locked into only two color choices, it's hard to argue with the Bullitt as a driver's street machine. It packs power and panache to make it a fun daily and a weekend standout; and if you really want to stand out, bet on Shadow Black. 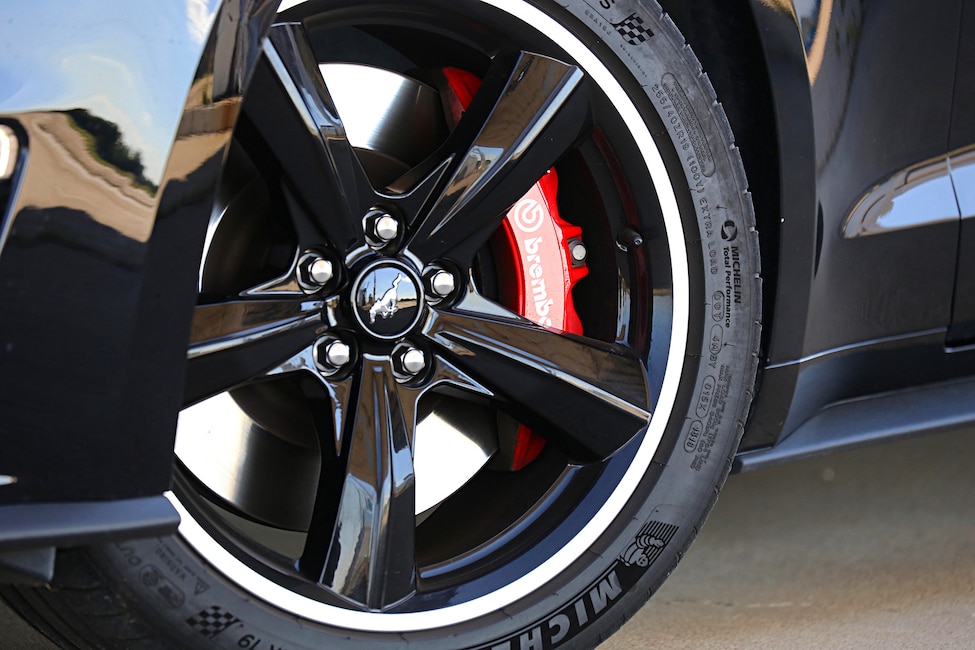 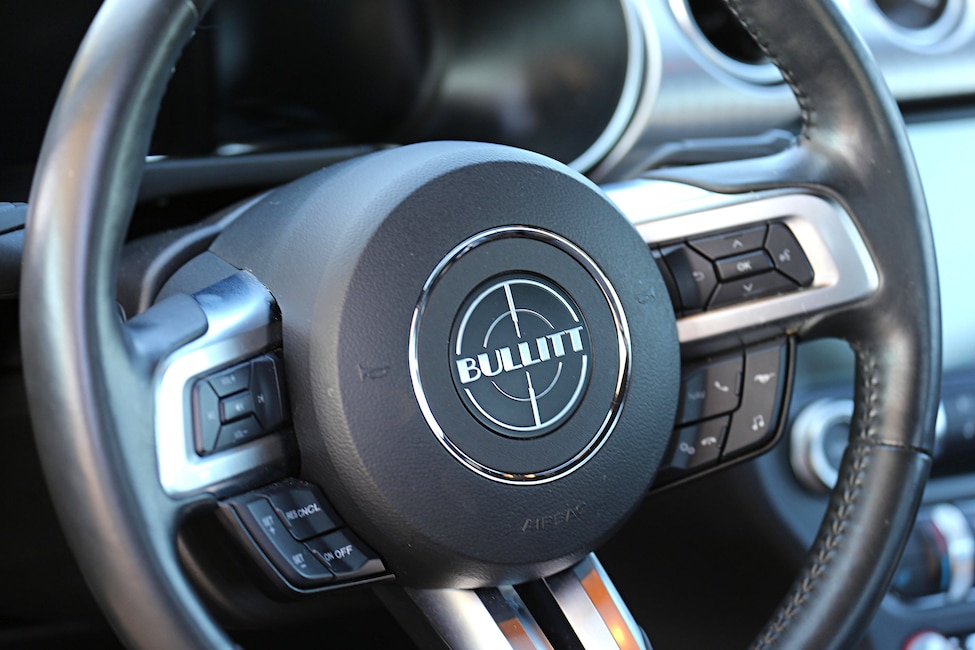 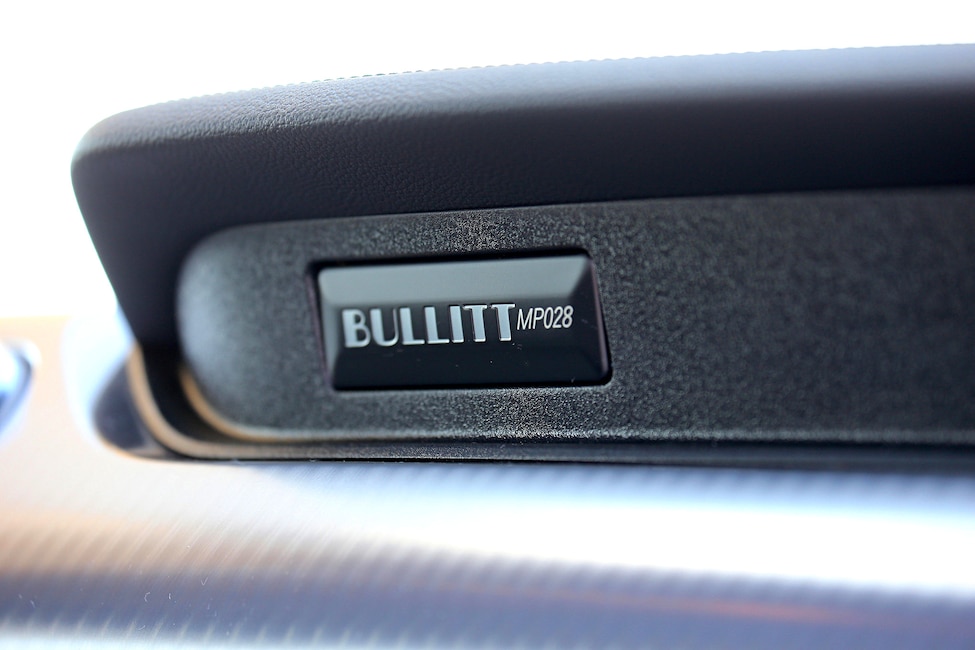 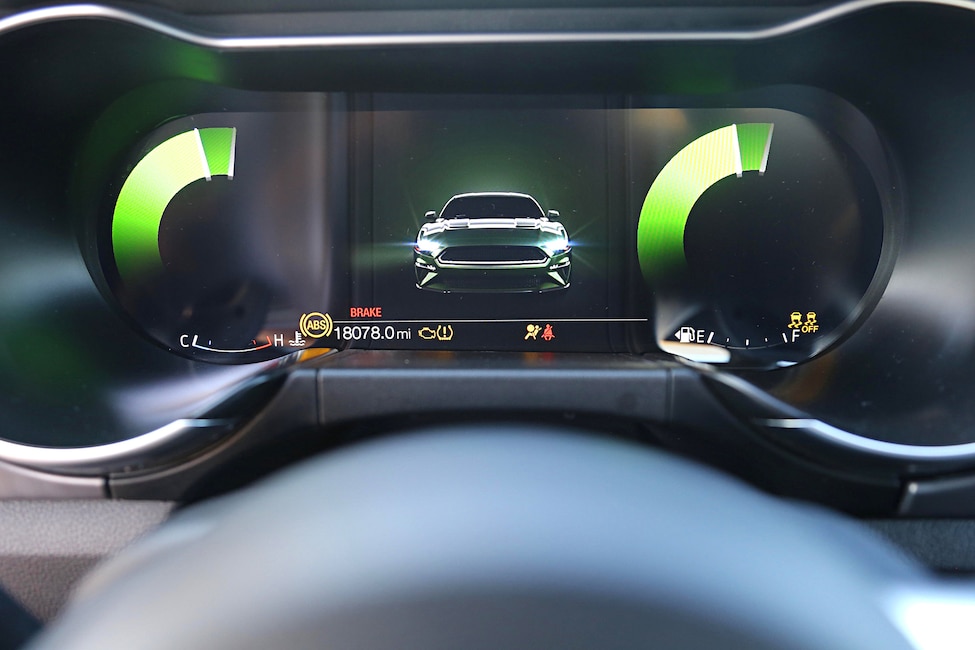 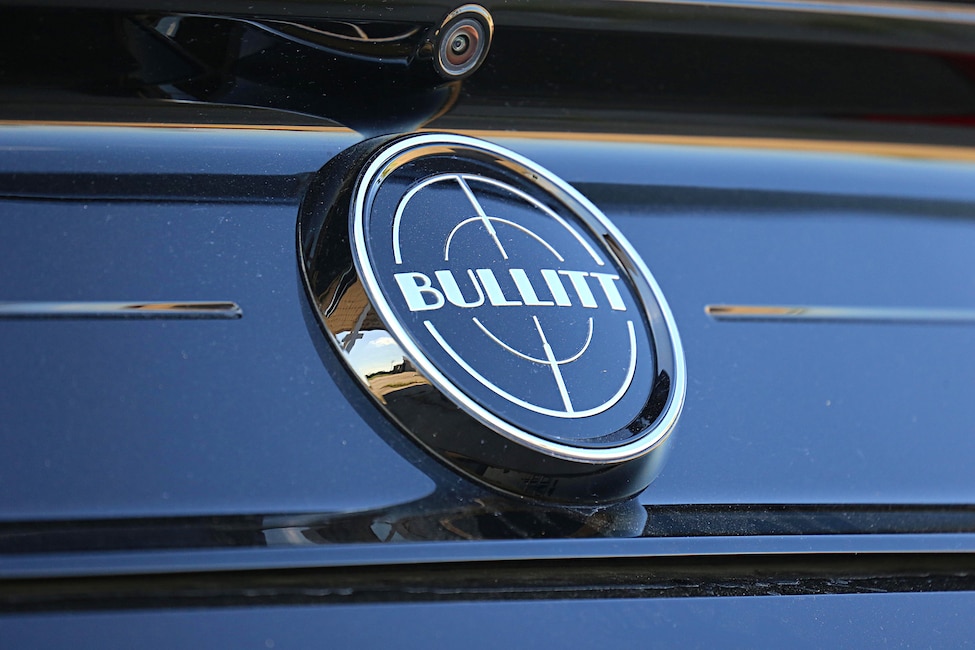 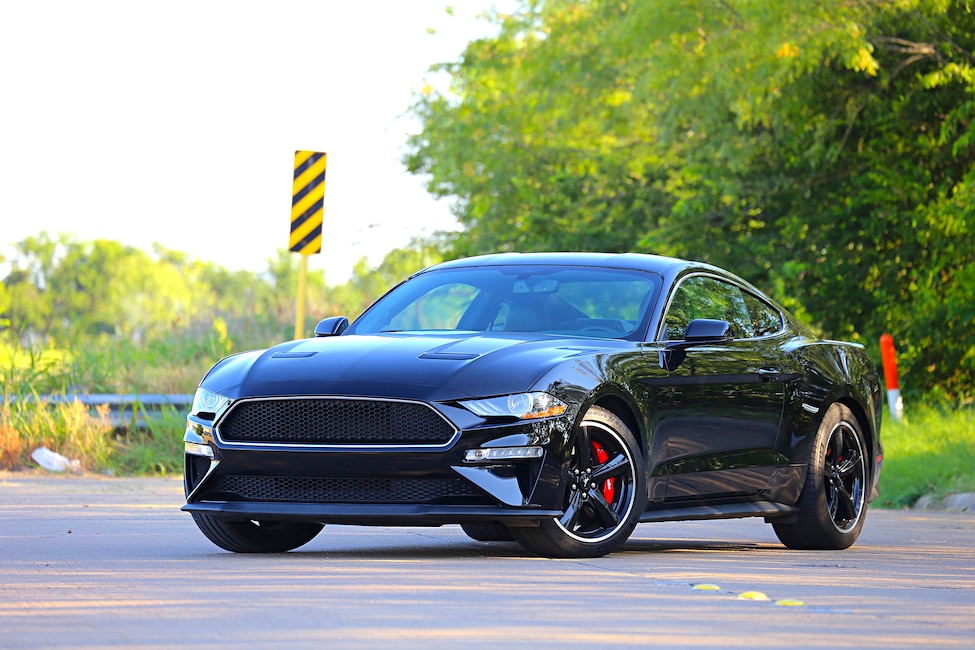 Re-Spec Your Elders!
Carinsurance.com’s Latest Survey on Speeding and the Excuses Given for Driving Too Fast
10 Must-Watch Storylines in NASCAR This Year