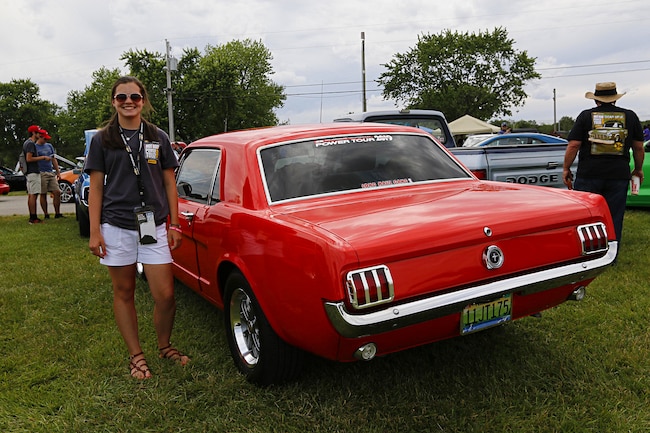 The Phillips family from Anniston, Alabama had a good time on the 2019 Hot Rod Power Tour, but also an interesting time! We caught up with Cole Phillips to get the story on his damaged '67 Mustang (see the video here: http://www.mustangandfords.com/events/1906-from-bristol-to-kentucky-2019-hot-rod-power-tour) and noticed his sister Bailey's orange '65 hardtop parked right behind it, so we had to talk to her for this week's Mustang Girl Monthly.

Bailey's hardtop has a mildly built 289 with an automatic and the interior has a full complement of TMI threads. Power steering and more make it a nice driver, but Bailey has only been allowed to drive it once, and it wasn't on Power Tour. See, she just turned 16 and only has a learner's permit, and after he brother crashed his Mustang early on in this year's Tour, her parents thought she should take more lessons after the Power Tour! "Did you see the blue car?!" her father said when we asked why she wasn't driving her car. 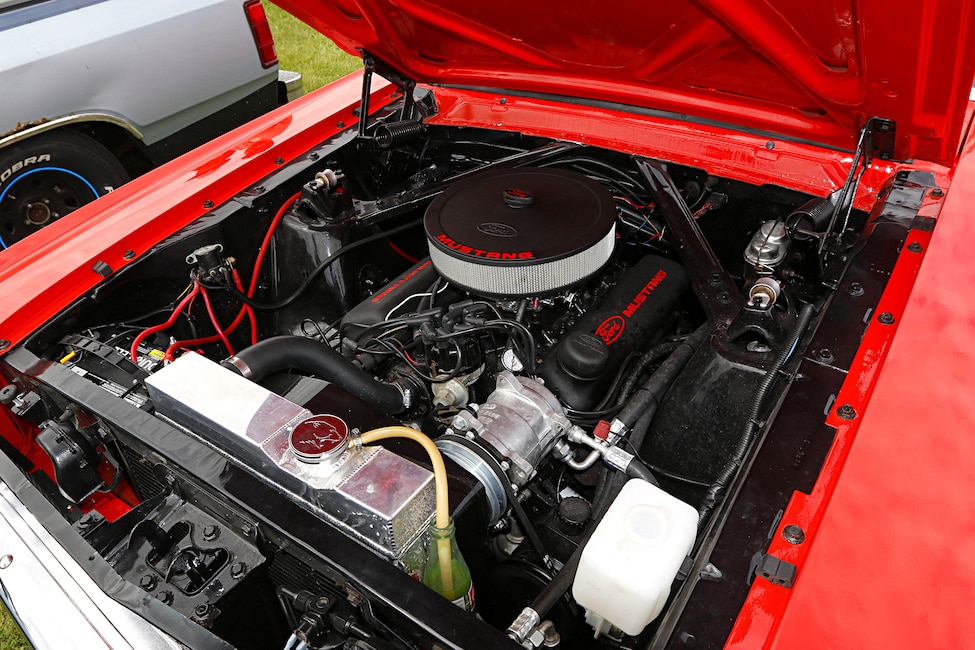 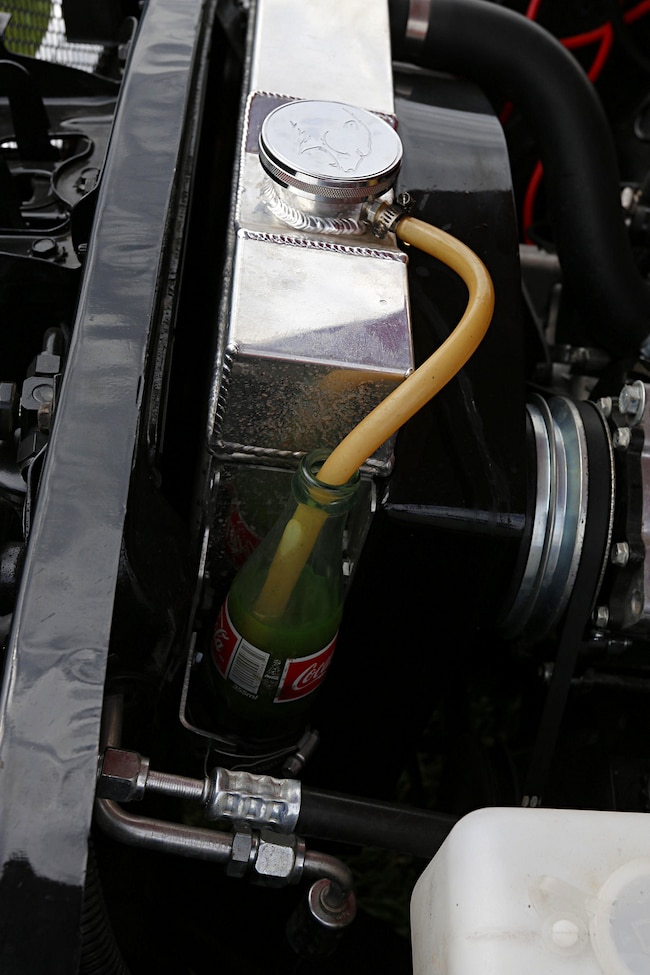 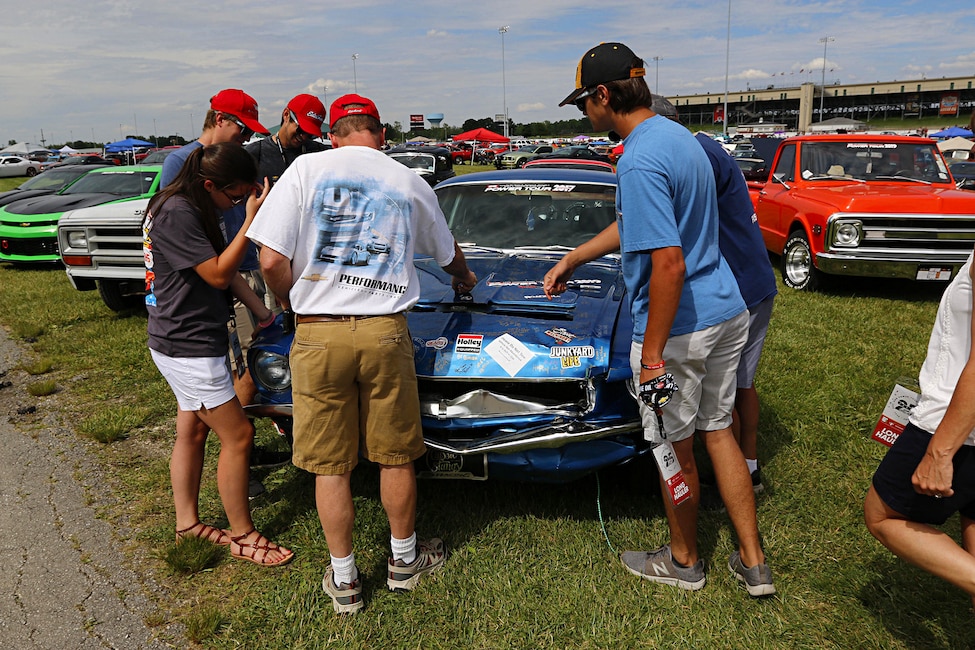