Carinsurance.com’s Latest Survey on Speeding and the Excuses Given for Driving Too Fast 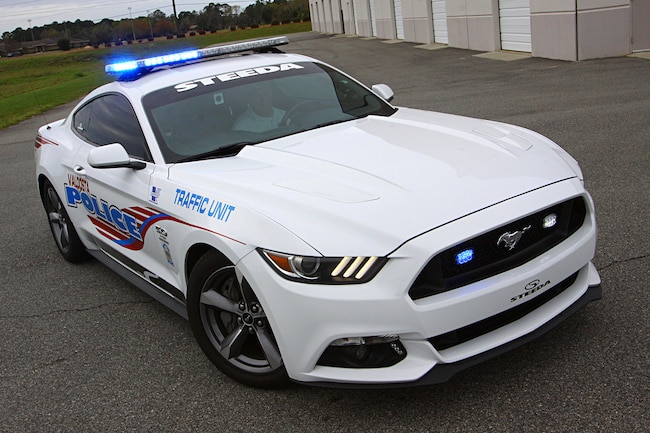 For those of us writing and reading this, the sight of red and blue lights in our rear view mirror is common. Not as common as when we were young, but the youngsters among us could be more proficient at seeing them than us old folks. We've learned to dial it down, whereas some of you probably let it all hang out after every red light. We'll play the role of Captain Obvious and tell you that's not too smart. However, we always come up with some sort of excuse for our jackrabbit starts. "My car makes a lot of torque," or "My exhaust just makes it sound like I was driving fast."

One thing is for sure, though, we're not the only ones who get pulled over for excessive speed. And we're definitely not the only ones fumbling for an excuse before the officer reaches our door. Carinsurance.com recently published the results of its survey on the public's driving habits, speeding characteristics, and the excuses given for flying past speed limit signs.

We didn't see this one on the list, but one thing you never want to do is a burnout in a school parking lot. Other things that will have an impact on your insurance rates are your state's speeding laws, how fast over the speed limit you were traveling when pulled over, how many times you get pulled over, and lastly, your auto insurance provider. All can have a large impact on your insurance premiums. Take it from us, it's best to get your speed fix at the track, and let the others rack up the tickets.

According to the survey, 24 percent of those pulled over for speeding didn't realize they were speeding in the first place, or so that is their claim. We can't deny driving cars so refined we didn't know we were going that fast. This author remembers driving a new Steeda Mustang several years ago, not realizing the car's speed until a quick glance at the speedometer. Yes, that resulted in red and blue lights in the rearview mirror.

For 18 percent of those polled, the reason given for speeding was they were late for work, while 14 percent claimed they were just going along with the flow of traffic. Other excuses ranged from being late to drop off or pick up their child, a medical emergency, not seeing a posted speed limit sign, and the ever-famous "bathroom emergency."

When it comes to speeding, everyone is guilty, right, but some more than others, according to the survey. Meaning, some are guiltier than others. Case in point, 82 percent of people polled admit to driving 15 mph over the speed limit, while 15 percent cop to driving 16 to 29 mph over the limit. A very small percentage admit to really blowing out the carbon to the tune of 30 mph over the limit. However, when pulled over, 41 percent of people who were able to get on the officer's good side, asking for a warning instead of a ticket, were rewarded accordingly. We're not sure if that tactic is going to work with your straight-piped Coyote, but hey, it's worth a shot.

Trust us, if you drive a Mustang, chances are the authorities already know who you are, but just being nice and respectful will go a long way in making sure your auto insurance remains affordable. However, something to remember the next time you get behind the wheel of your Mustang is that after a speeding ticket, your insurance rate could increase 22 to 30 percent. Keep that in mind, because you're a couple tickets away from eating ham sandwiches for lunch.