Persistence Pays Off for this 1985 Mustang GT 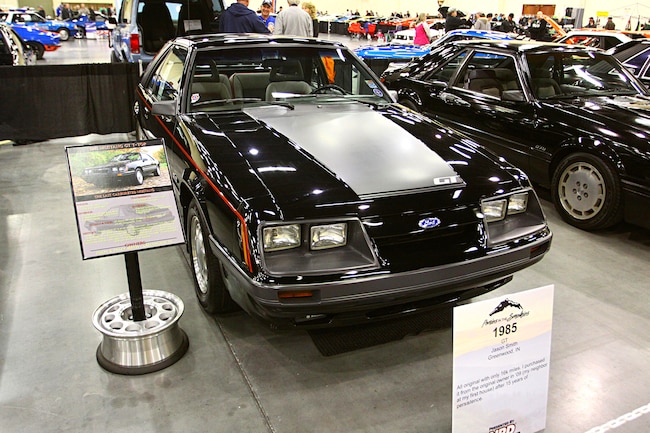 We have known Jason Smith for many years now, and have been known to hang out on his roof from time to time, but we're older now and prefer to keep on the ground. Thankfully, his 1985 Mustang GT T-top was at floor level at Ponies in the Smokies so we could grab this photo. Jason's GT is all original, including the Goodyear Gatorbacks. "I bought it from the original owner (my neighbor) in 2009 after 15 years of persistence," Jason says. The GT shares garage space with Jason's original Medium red 1982 GT featuring just 14,000 miles, an all-original 1993 Canary Yellow feature car with 2,800 miles, and a 2005 Saleen S-281 in Mineral Grey. Jason is also the curator of a friend's 1988 Saleen coupe.