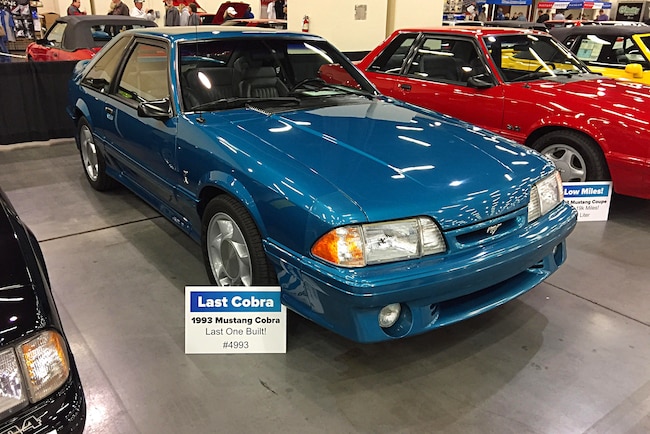 The 1993 Cobra is arguably the pinnacle of the 1979-1993 Fox-chassis era. However, imagine buying a 1993 Cobra only to discover it was the last one built. That's what happened when Brandon Clontz purchased this Teal example. According to the SVT Certificate, the car was built on June 28, 1993, and is No. 4993. In case you didn't know, there were 4,993 Cobras built in 1993. Brandon has the paperwork to prove this was the end of an era. This last of the breed hasn't lived the life other cars like it have enjoyed, and has almost 80,000 miles on it.

Ford Performance Unleashes the Official Output of the 2020 Shelby GT500’s Supercharged 5.2-Liter Engine
Rachel Yee Puts A Spell On Her Competition Seven Seconds At A Time
10 Must-Watch Storylines in NASCAR This Year