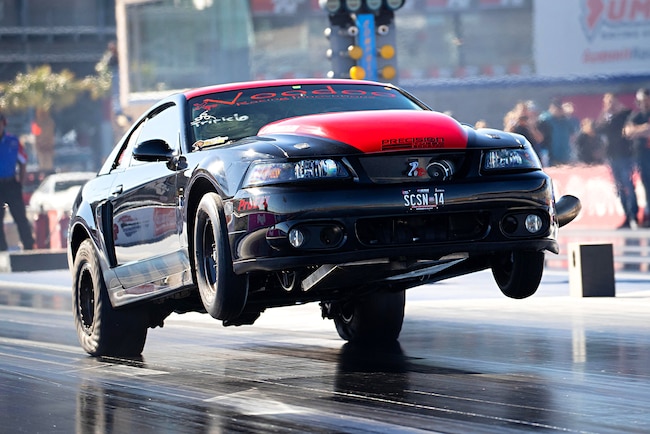 The automotive performance segment is a male-dominated industry. Right or wrong, that's just the way it is, and has been from the beginning. Fortunately though, the dragstrips and race tracks are paved with women who didn't accept the status quo, they wanted to go fast. Following in their black marks is Rachel Yee, a self-described speed and adrenaline junkie, who initially satisfied her need for speed by "riding my bike down the steepest hill I could find when I was 4 years old," Rachel says.

Rachel eventually turned to riding quads and horses, but her obsession with speed and adrenaline accelerated when she met Frank Yee while in high school. "Frank was known as the 'street racer' so obviously he caught my eye and interest," Rachel says. Many will recognize Frank Yee as the owner of Voodoo Racing Innovations, located in Las Vegas. In the beginning, Rachel would tow Frank's Cobra, named "Black Betty" to the track, unload the car, and she would race their Harley F150. Everything was great until she lost a race. That loss prompted building the truck into a record-setter, but at some point, Frank and Rachel knew the truck had reached its ceiling.

On the outside, the 2003 Cobra's body is largely stock. The lone deviations include a Cervini's hood and RC Components wheels. Both are needed, obviously. The hood was needed for a little engine clearance, and the wheels well, when was the last time you witnessed a 2003 Cobra run 7.20s on the stock wheels and tires?! To break up the black, Elliot Nail from 5150 Graphics worked his magic on the roof and deck lid to match the red on the hood.

Shortly thereafter one of Frank's customers was ready to sell his 2003 Cobra, nicknamed "Mad Maxine." Frank had a history with the car, and knew it in and out. "The back story on Mad Maxine is pretty special as she was Frank's very first engine build back in 2005," Rachel says. Mad Maxine was also Rachel's first experience with a single digit car, and it was the first car to take her breath away from pure adrenaline. "Love at first launch," Rachel says. After that first ride in Mad Maxine, Rachel knew she was the car for her. Even though Mad Maxine was known as a wheelie monster, Rachel says she was ready to "Dance with the devil," as she puts it.

And dance Rachel did. Frank strapped her in and sent her down the track. Her very first pass behind the wheel of Mad Maxine equated to an 8.24 at 167 mph. Rachel went from a 10-second truck to a low 8-second car in one pass. That is quite a jump in both elapsed time, and especially, speed. "It was amazing and I was hooked," Rachel says. Running those times, Rachel earned her NHRA competition license, all the while working on the car to go even quicker.

The car's interior is one of the most modified aspects of Mad Maxine. Most mods are in the name of safety with a 25.5 roll cage, NRG carbon fiber seats, GForce harnesses, and a B&M Pro Bandit shifter. Rachel still likes the tunes, though, so the car still has an audio system using a Pioneer head unit.

Frank and Rachel's power adder of choice is a Precision ProMod 98mm single turbo with a Honeywell intercooler, and a Boost Leash controller. To help build the right amount of boost at the launch, Mad Maxine features a Powerglide transmission with a Reid case, a PTC 5,000 rpm stall converter, trans brake, and a B&M Pro Bandit shifter. Frank and Rachel make use of a ProEFI engine management system, specifically a Pro128 system, which also includes ProEFI Lightning coils. To finish out the ignition, the mill uses Brisk spark plugs, MSD spark plug wires, and an Accufab crank trigger.

When it comes to chassis and suspension modifications, they're all aimed at keeping Rachel safe, and headed in the right direction. The stock frame rails have been augmented with a 25.5 chassis built by Ben Waage, while UPR was sourced for many of the car's suspension additions, along with Menscer shocks both front and rear. Aerospace brakes reside up front, while Strange Engineering binders live out back. The rear brakes are attached to a Team Z fabricated 9-inch housing filled with Strange's finest components. RC Components wheels are at each corner, wrapped in Moroso DS2s up front and Mickey Thompson ET Street Radial Pros in the rear.

In order to run 7.20s and get all four tires in the air, Mad Maxine's power combination is based on a 2014 Shelby GT500 5.8. HBR Competition Engines handled the machining, and Frank handled the build from there. With 1,800 rwhp on tap at 7,500 rpm, we'd say Frank knows what he's doing. The engine benefits from a Precision ProMod 98mm single turbo using Virtual Works Racing exhaust components.

At 3,100 pounds, all this, combined with Rachel's driving skills, equals a best time of 7.20 at 197 mph. The car hasn't shed its wheelie monster ways, either. Rachel has had all four wheels off on at least one pass. In road race-speak that means you have all four tires off the track, but in drag racing it means all four tires are in the air. That type of automotive behavior isn't for everyone, but it proves Rachel's prowess behind the wheel. "Mad Maxine has helped me prove to people that it takes a driver to make it A to B, not a gender," Rachel says. "But it has also made me a super hero to my four children. They think their mom is a badass and I am instilling confidence and bravery into my two daughters, and teaching my sons that a strong woman isn't intimidating but admirable."

Rachel also realizes the importance of a significant other who shares and feeds her passion for speed. "I am so grateful to my incredible husband," she says of Frank. "He is the hardest working man I know and he poured his soul into my Maxine. All I have accomplished is through him, his passion and his love for me."

With her accomplishments on the track, Rachel is doing her part to prove drag racing isn't just a man's sport. With Frank in her corner, her spells show no sign of slowing down. 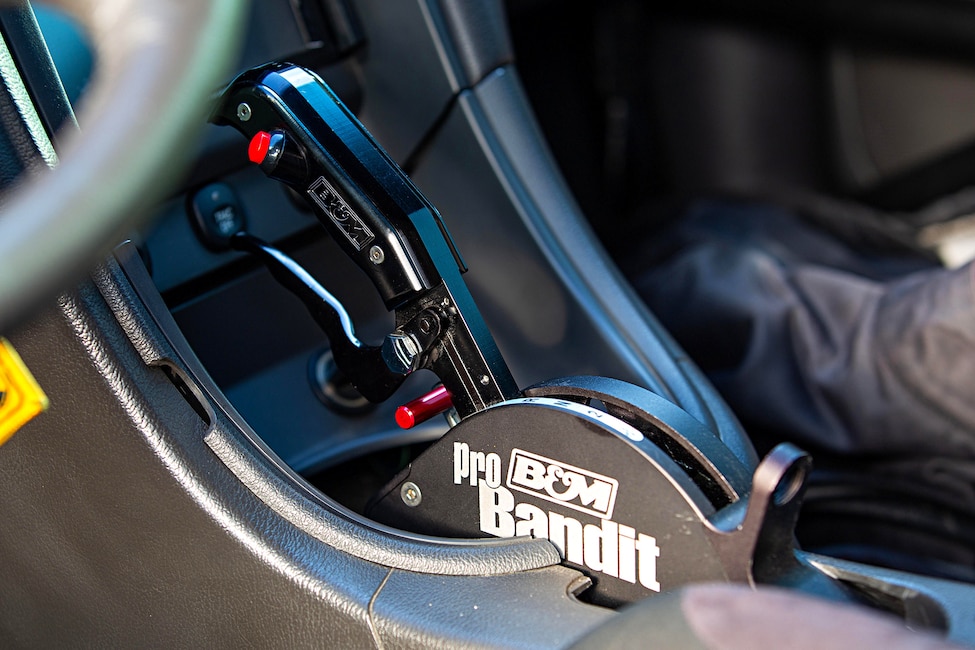 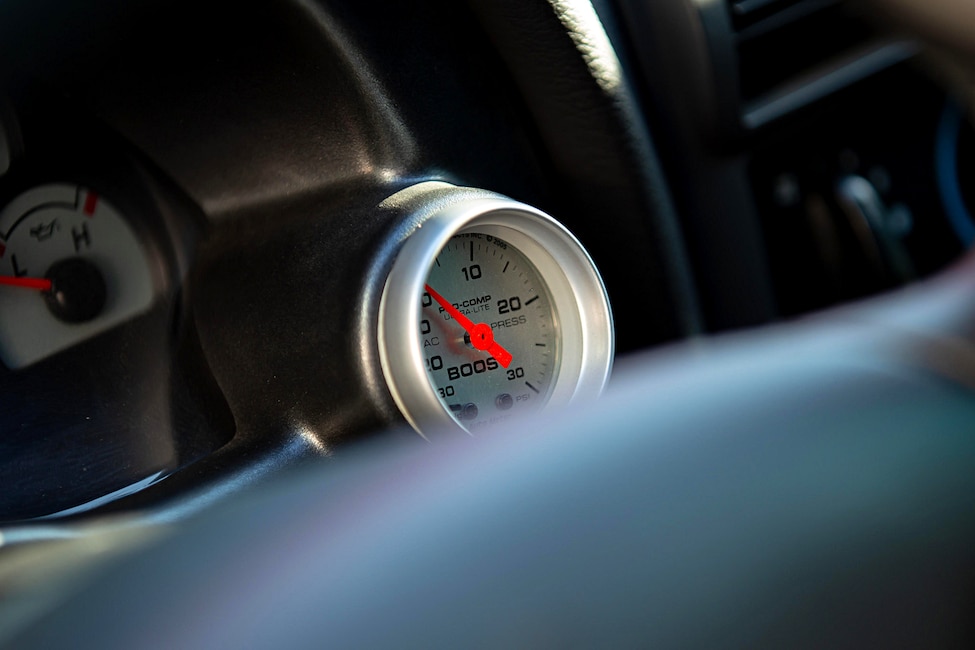 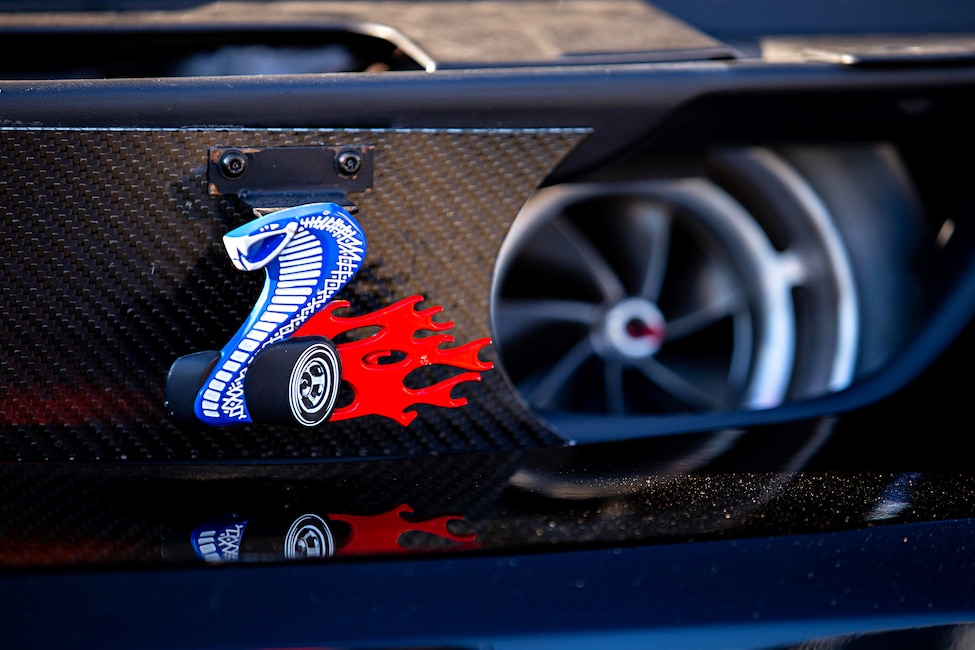 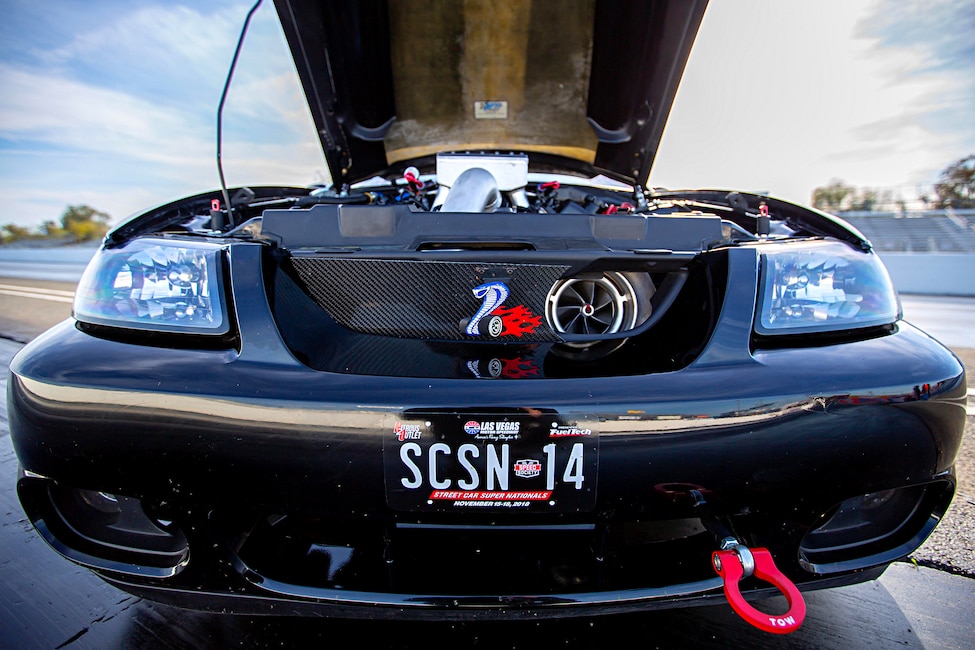 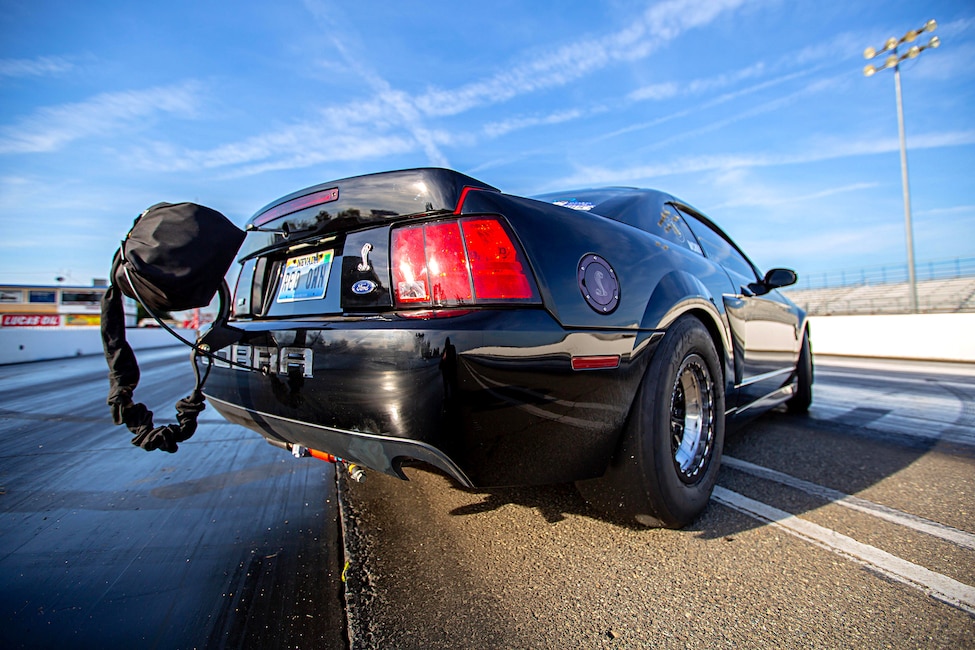 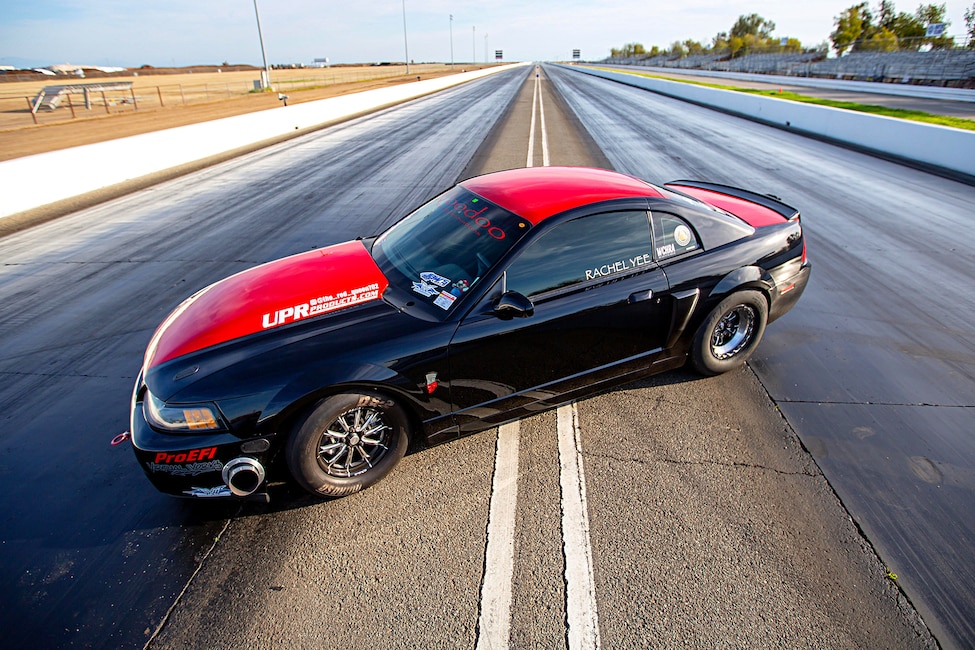 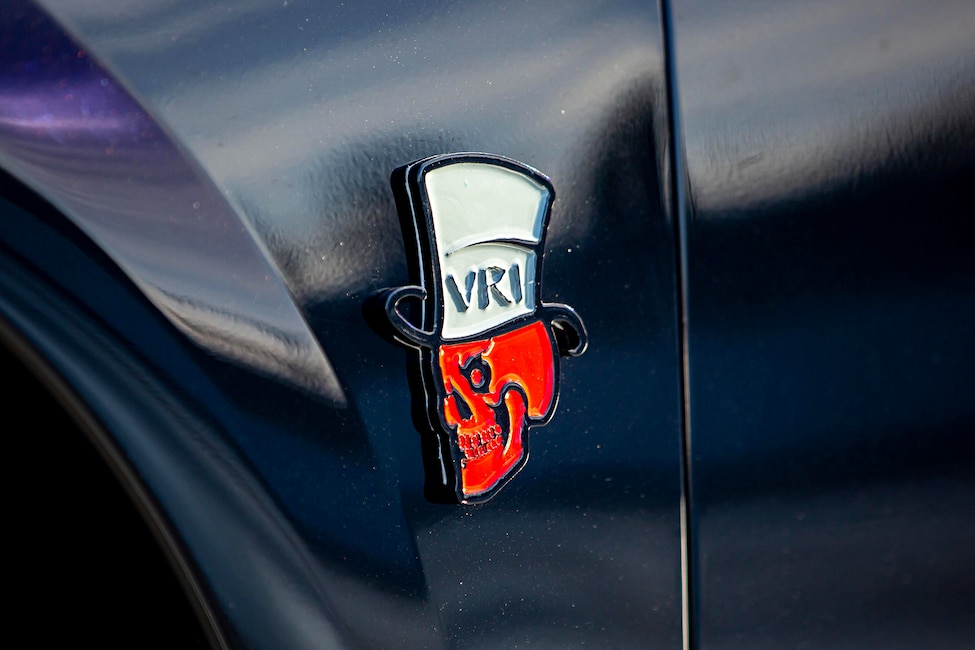 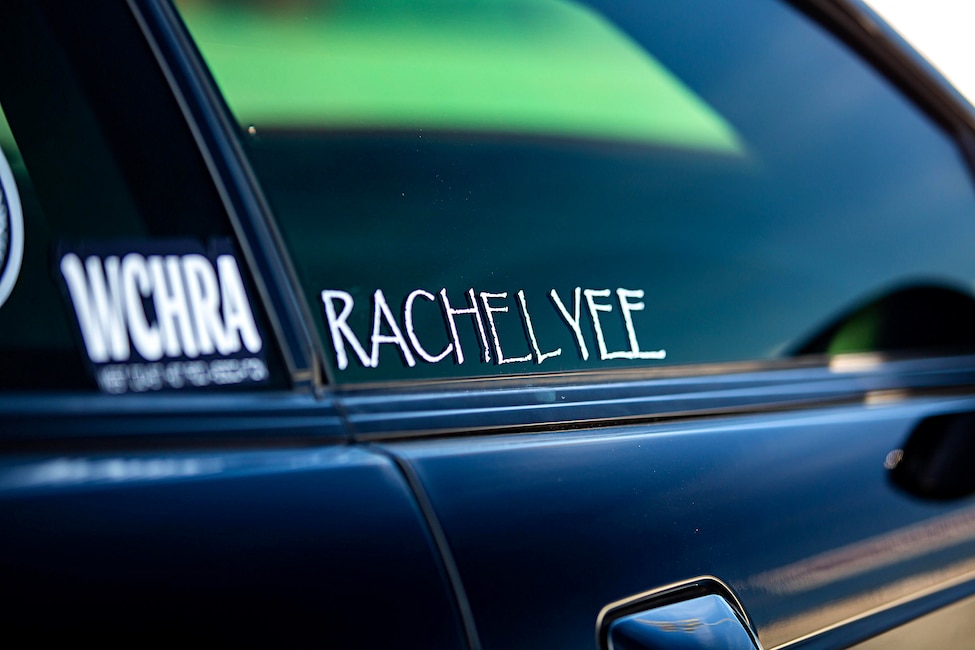 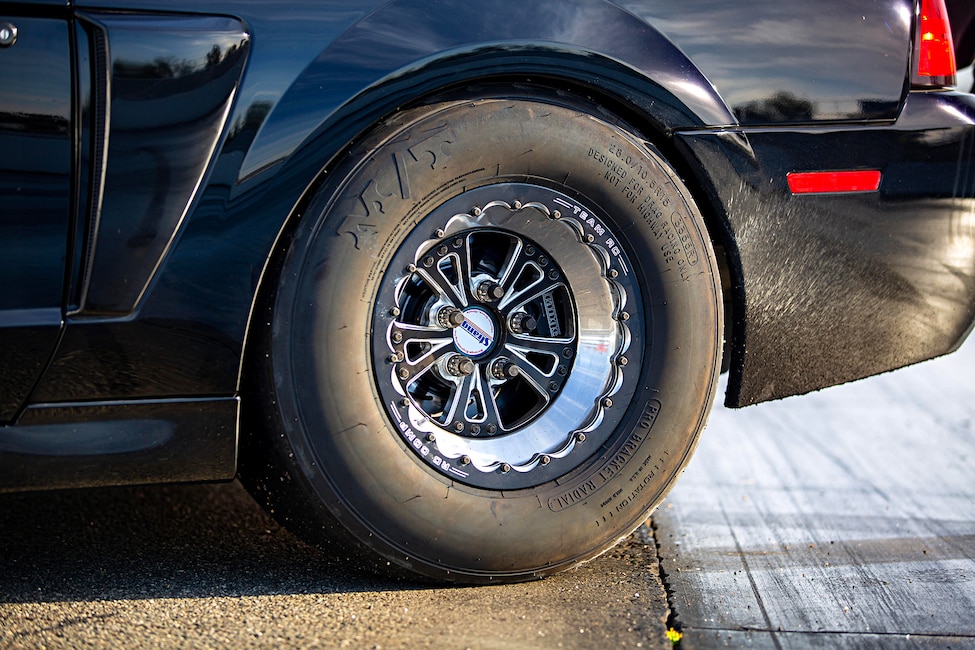 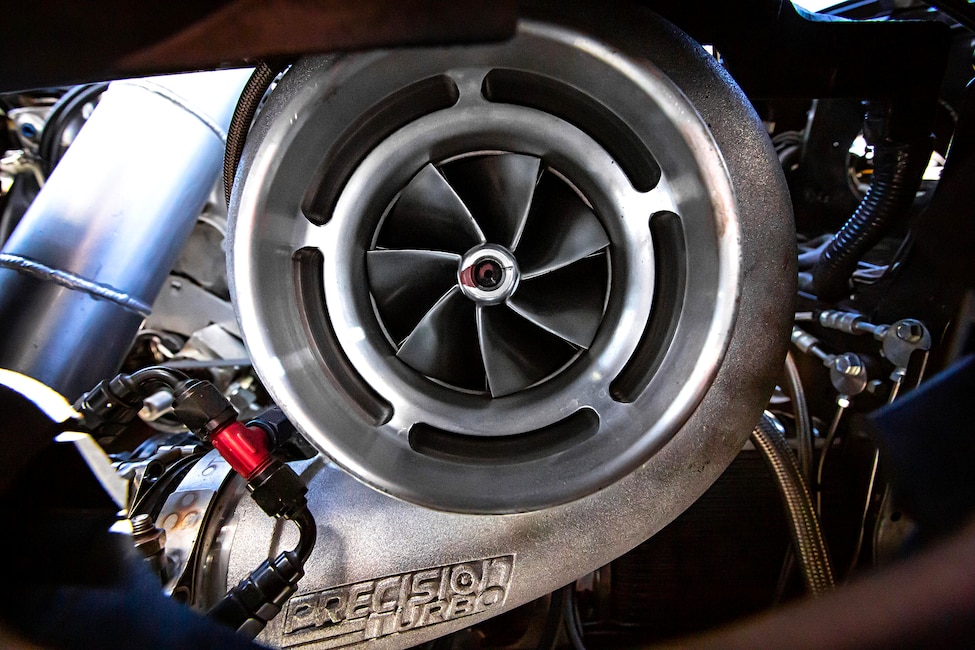 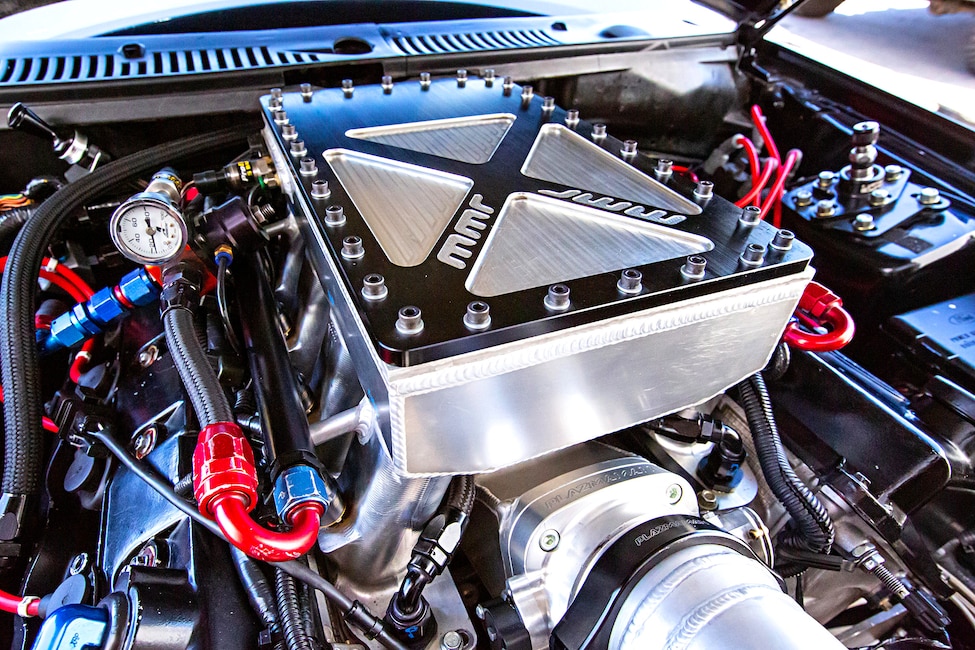 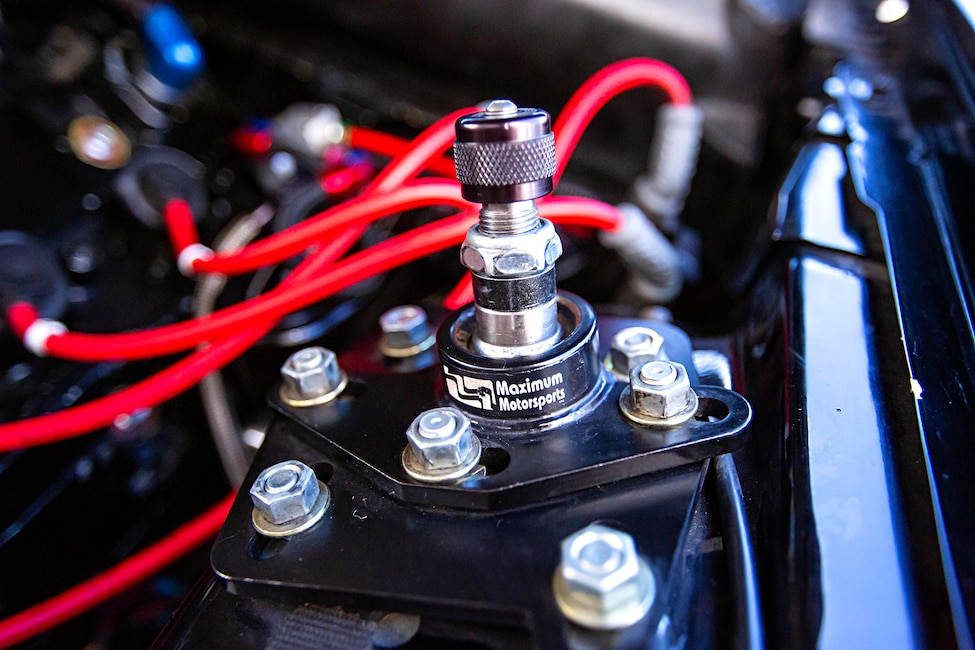